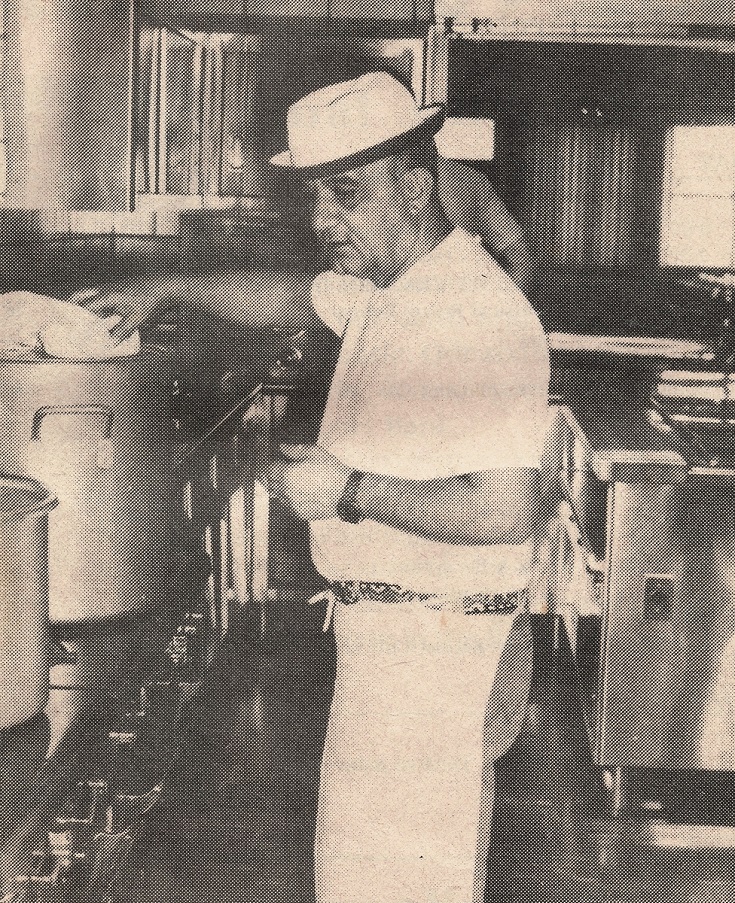 Anyone recognize this former Stout Street resident? It's the late Mike Salvio who served for years as a radio dispatcher for the Bridgeport Police Department and was beloved by one and all. Salvio loved to cook and this is of him at the Benedum Civic Center assisting in one of many spaghetti dinners he was involved with over the years. 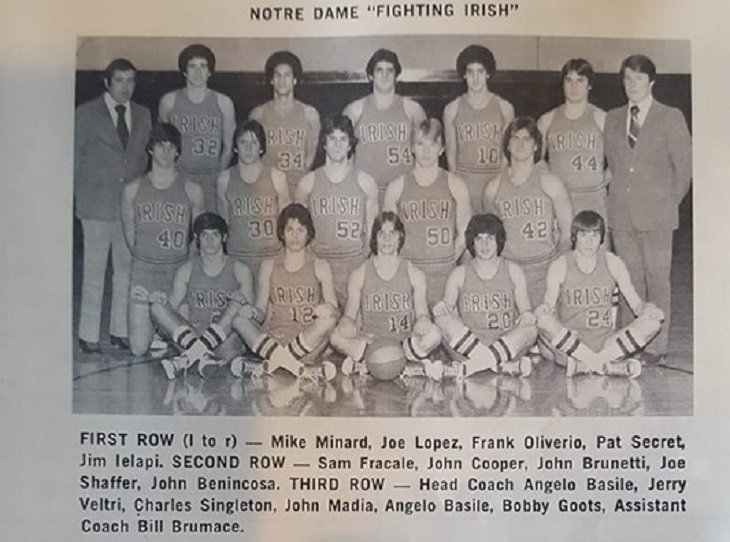 This photo, courtesy of Rick Malfregeot, is of the 1977 Notre Dame High School basketball team. There are very likely some familiar names in the photo; some with current and past ties to Bridgeport. The photo is courtesy of Rick Malfregeot.
Editor's Note: This ongoing photo feature of pictures from Bridgeport and throughout the Mountain State is part of local historian Richard "Dick" Duez's collection. Duez, the unofficial historian of Bridgeport, would appreciate any scanned photos emailed to him for use here or to include in his ongoing efforts to preserve local history. You can email photos, or let him know how to acquire copies of photos you may have in your possession, to Duez at dick.do@frontier.com.