Time Travel: Bridgeport Snow Storm from 2009 and a 100-Plus Year-Old Look Back at Downtown Shinnston 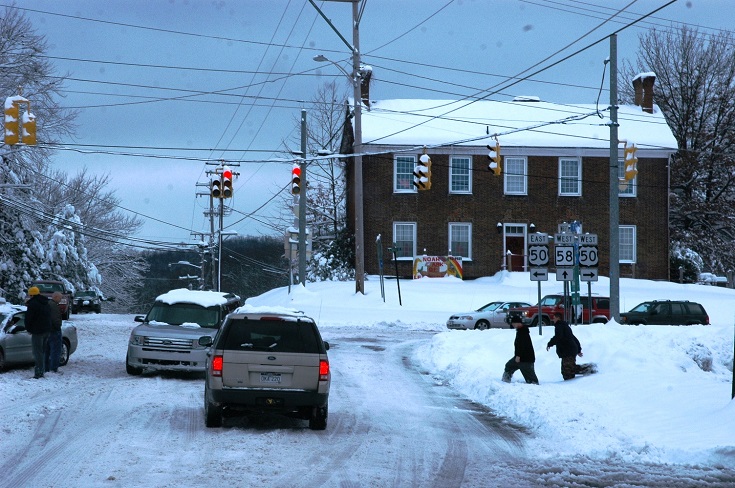 There is an unfortunate possibility that a scene like this could be taking place soon, if it hasn't already. This photo is from a snowstorm that came through the area and hit Bridgeport in December of 2009. As the photo shows, even though roadways were cleared of the heavy snow, the icy conditions caused vehicles to slide all over the place. 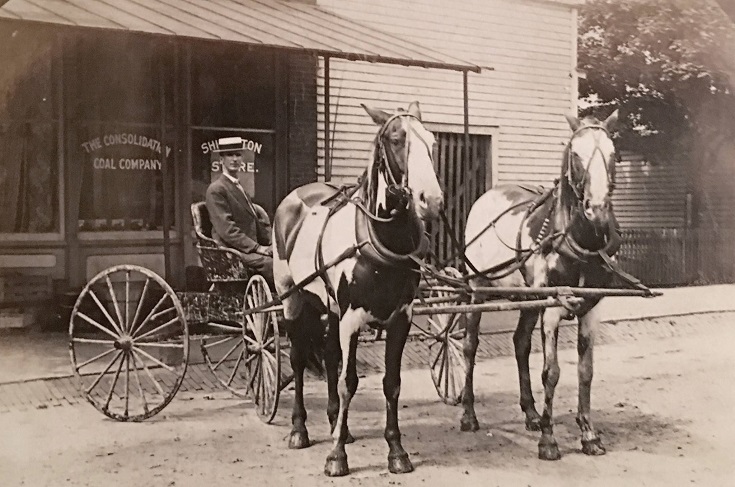 The date of this photo is unknown, although it could be the early 1900s or even prior. It is safe to say it is more than a century old. It is from downtown Shinnston and shows a gentleman in his horse-drawn carriage in front of a building housing the Consolidation Coal Company and the Shinnston Store. If anyone has further information on this photo, please add it to the comment section below.
Editor's Note: This ongoing photo feature of pictures from Bridgeport and throughout the Mountain State is part of local historian Richard "Dick" Duez's collection. , the unofficial historian of Bridgeport, would appreciate any scanned photos emailed to him for use here or to include in his ongoing effortsDuez to preserve local history. You can email photos, or let him know how to acquire copies of photos you may have in your possession, to Duez at dickdo@citynet.net.