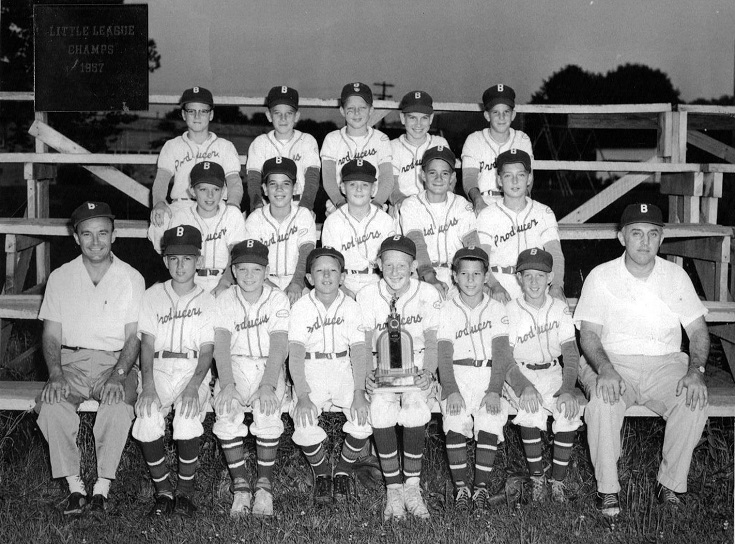 This photo is of the 1957 champions of Little Leauge - Bridgeport Dairy. It was the only Little League team in the city at the time. Jim McDaniel is believed to be the youngster holding the trophy. Do you recognize any of the players or the coaches? If so, add them to the comment section below. 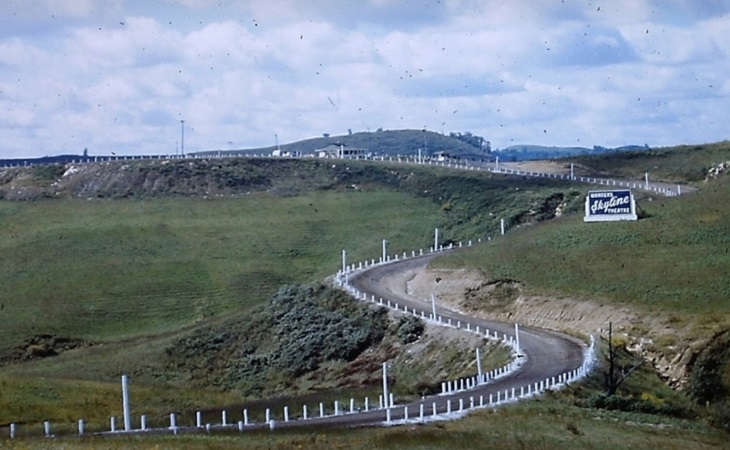 Although it's been closed for decades, many remember the Skyline Drive-In on Route 19 just past Clarksburg. In this undated photo, the entrance leading up to the facility, which shows how it got its name, is shown. Also, at the time of this photo the sign to the right lists it as the Skyline Theatre.
Editor's Note: This ongoing photo feature of pictures from Bridgeport and throughout the Mountain State is part of local historian Richard "Dick" Duez's collection. Duez, the unofficial historian of Bridgeport, would appreciate any scanned photos emailed to him for use here or to include in his ongoing efforts to preserve local history. You can email photos, or let him know how to acquire copies of photos you may have in your possession, to Duez at dick.do@frontier.com.