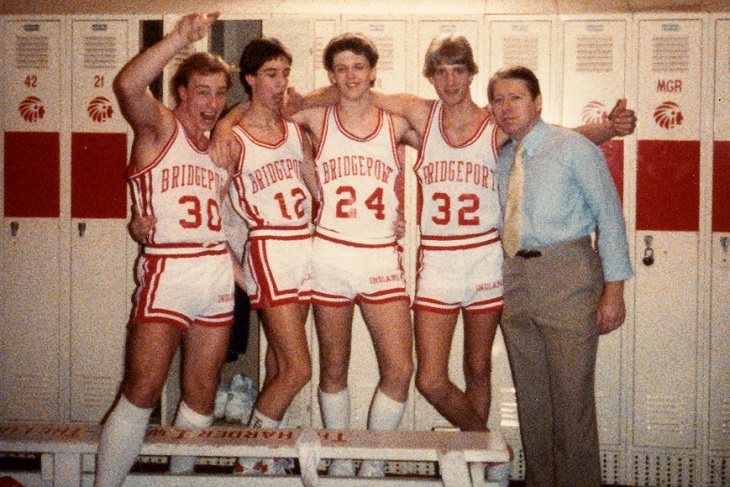 These young men look like they're having a good time. It's a photo of several members of the 1985 Bridgeport High School junior varsity basketball team coached by the late Gene Randolph, who is shown far right. Pictured, from left, are Scott Gainer, Matt Duez, Wade Evans, Chad Bell and Randolph. 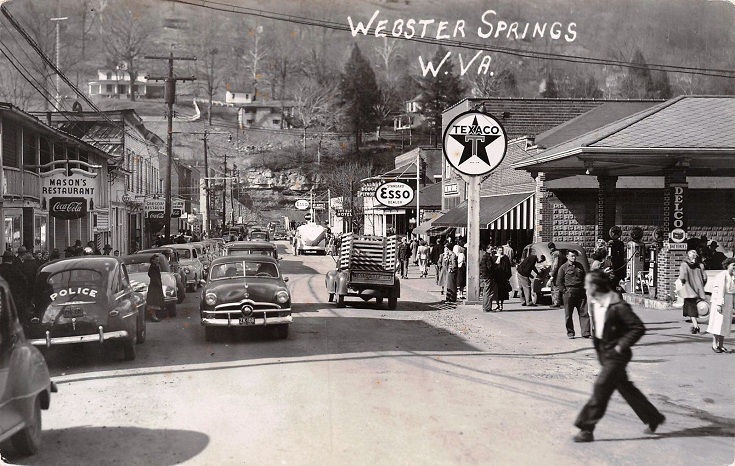 Although the exact date of this photo is unknown, it's many decades ago in a bustling downtown Webster Springs. Some of the businesses are visible, as is the "police" vehicle to the left of the photo.
Editor's Note: This ongoing photo feature of pictures from Bridgeport and throughout the Mountain State is part of local historian Richard "Dick" Duez's collection. Duez, the unofficial historian of Bridgeport, would appreciate any scanned photos emailed to him for use here or to include in his ongoing efforts to preserve local history. You can email photos, or let him know how to acquire copies of photos you may have in your possession, to Duez at dick.do@citynet.net.