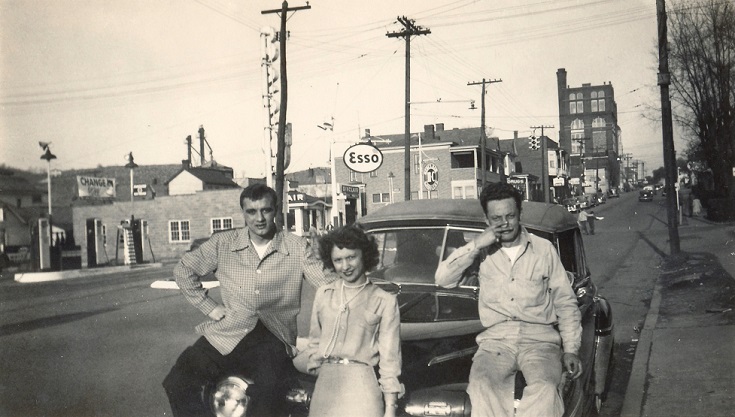 The man and woman to the left of the photo are a pair of Bridgeport icons in Mike and Connie Salvio. Mike was known for years for his work with emergency services and later with the Bridgeport Police Department. This photo is from Pike Street in Clarksburg in front of East End Lunch in 1949. Not sure who the gentleman is to the right. If anyone has that information, please include i the comment section below. 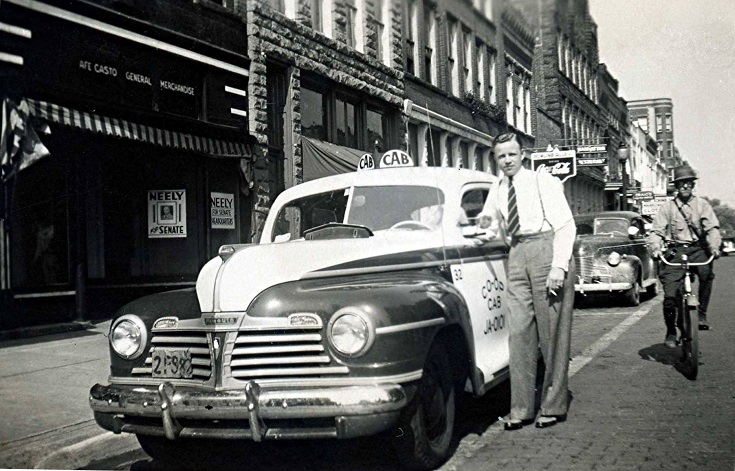 Although the exact date isn't known for this photo, it's from many decades ago and shows Main Street in Buckhannon. The nicely dressed cab driver works for Co-Op Cab and the business to the left is Castro General Merchandise with a "Neely for Senate" sign on it.
Editor's Note: This ongoing photo feature of pictures from Bridgeport and throughout the Mountain State is part of local historian Richard "Dick" Duez's collection. Duez, the unofficial historian of Bridgeport, would appreciate any scanned photos emailed to him for use here or to include in his ongoing efforts to preserve local history. You can email photos, or let him know how to acquire copies of photos you may have in your possession, to Duez at dick.do@citynet.net.