Time Travel: Bridgeport's News and Gas Source from 1963 and Another Visit to Defunct Skyline Drive-In 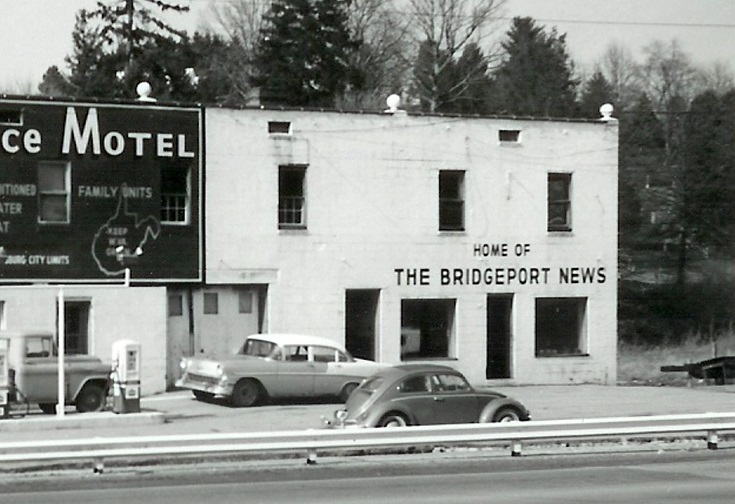 Connect-Bridgeport isn't alone among those providing primarily Bridgeport-exclusive content. The building, which still stands today across from Oliverio's Ristorante, shows "The Bridgeport News" that was a privately owned entity in operation for several years. Also shown in this 1963 photo is the Golden Texaco. The pumps can be seen to the left. 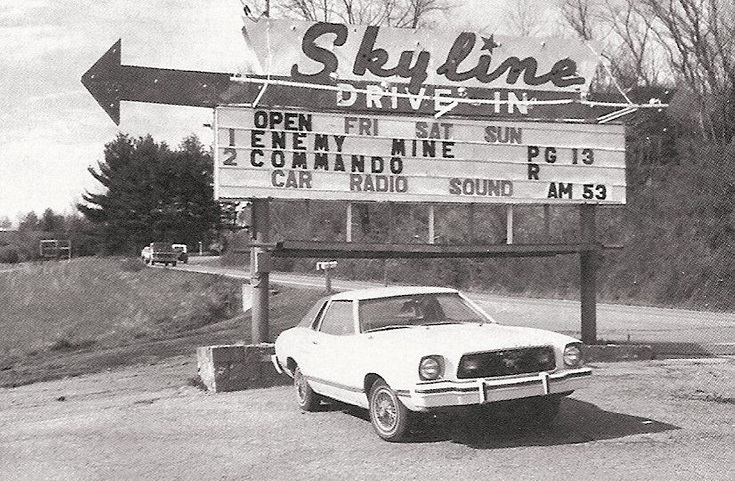 This photo is believed to be from 1986 and shows the main entrance to the Skyline Drive-In located on Route 19 just past Clarksburg heading toward southern Harrison County. Anyone remember who starred in the above movies?
Editor's Note: This ongoing photo feature of pictures from Bridgeport and throughout the Mountain State is part of local historian Richard "Dick" Duez's collection. Duez, the unofficial historian of Bridgeport, would appreciate any scanned photos emailed to him for use here or to include in his ongoing efforts to preserve local history. You can email photos, or let him know how to acquire copies of photos you may have in your possession, to Duez at dick.do@frontier.com.