Time Travel: Enjoying the Fireman's Fair Parade and a Look Back to 1951 and Clarksburg Ice Cream Stand 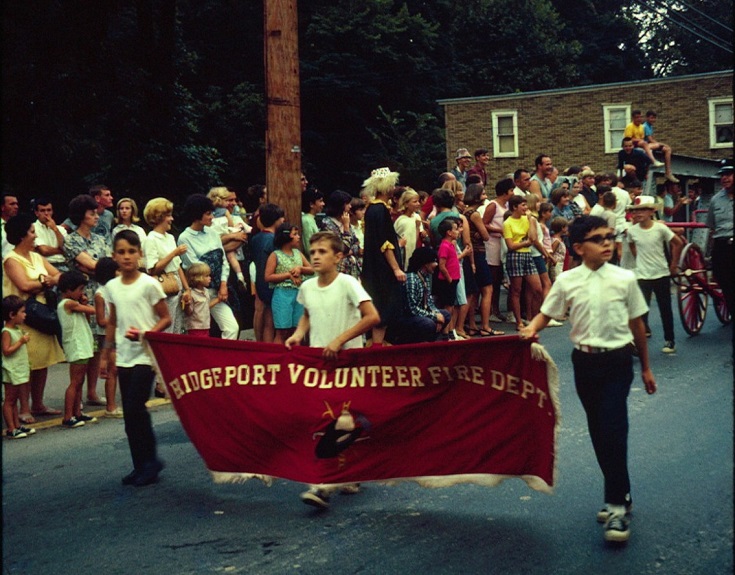 Although the exact date of this photo is unknown, what is known is that it was taken during the highly popular Bridgeport Fireman's Fair. This was from the annual parade that drew huge crowds, as can be seen here. The young man to the far right is a young Mike Salvio. Do you see anyone you know or have any memories of the parade? Feel free to add them to the comment section below. 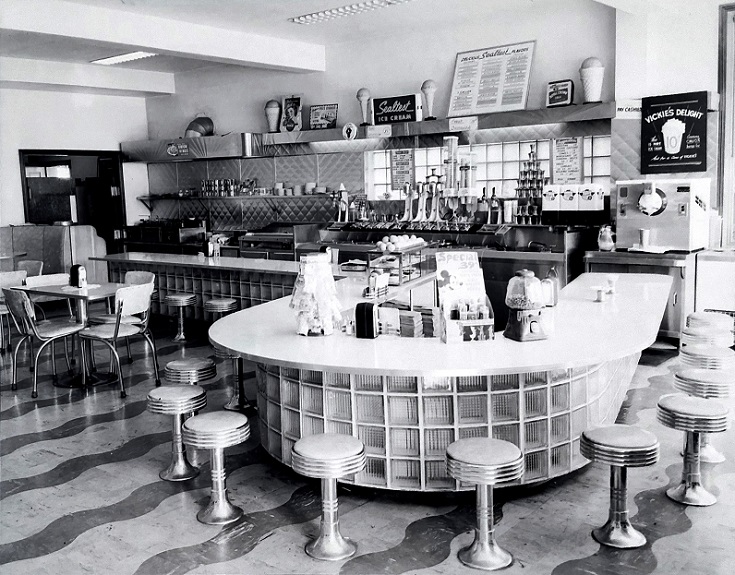 Anyone remember Russell's Ice Cream bar? Many hung out there, including students from Washington Irving and Roosevelt-Wilson. It was located at the in intersection of Joyce Street and Main Street as is shown in this 1951 photo. After it left, the Manchin Clinic went in place and after that - and what is there today - is the Hardee's Restaurant.
Editor's Note: This ongoing photo feature of pictures from Bridgeport and throughout the Mountain State is part of local historian Richard "Dick" Duez's collection. , the unofficial historian of Bridgeport, would appreciate any scanned photos emailed to him for use here or to include in his ongoing effortsDuez to preserve local history. You can email photos, or let him know how to acquire copies of photos you may have in your possession, to Duez at dickdo@citynet.net.