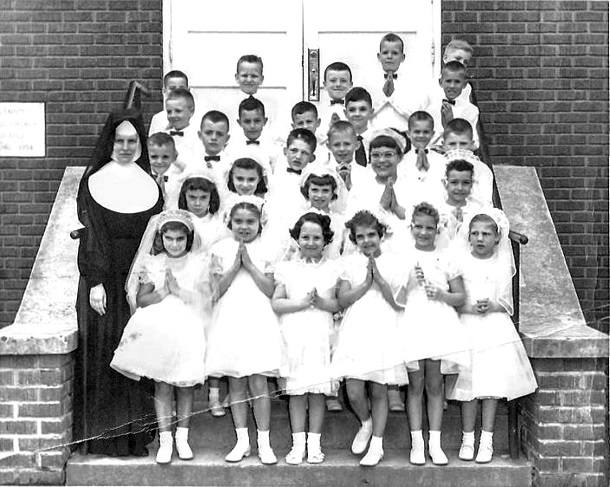 Although not certain of the time, this is believed to be from 1965 or 1966 and it is also believed to be photo taken of youngsters during their first Holy Communion at All Saints Catholic Church. If anyone has any additional information on the photo or can identify anyone shown in the photo, please comment in the section below. 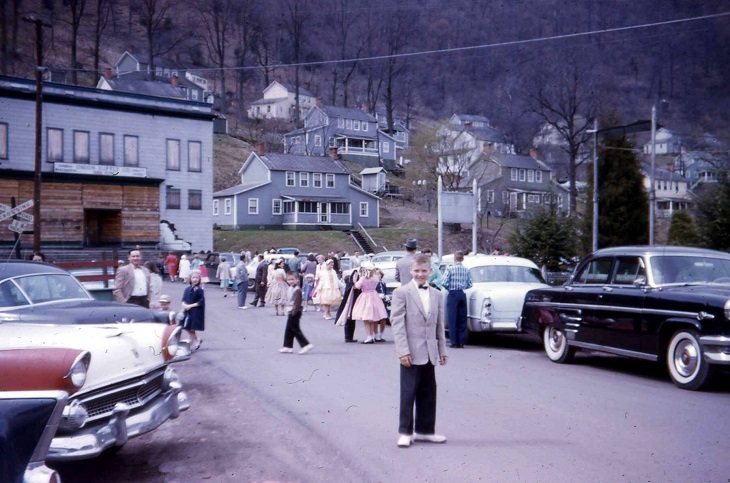 This photo is from 1959 and shows  youngsters leaving church services in Gary, a small community in McDowell County.
Editor's Note: This ongoing photo feature of pictures from Bridgeport and throughout the Mountain State is part of local historian Richard "Dick" Duez's collection. Duez, the unofficial historian of Bridgeport, would appreciate any scanned photos emailed to him for use here or to include in his ongoing efforts to preserve local history. You can email photos, or let him know how to acquire copies of photos you may have in your possession, to Duez at dick.do@frontier.com.