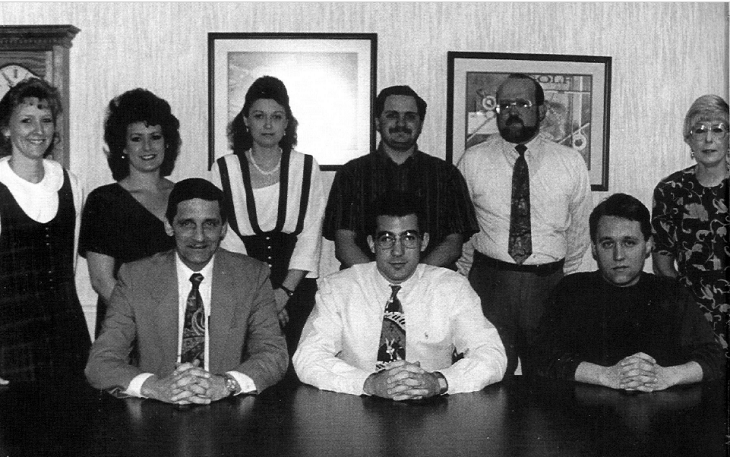 Anyone look familiar? This is a 1995 photo of some of the staff of Preston Carpet Distributor, Inc., which today is Abraham Linc. Shown in this yearbook ad photo is, front row from left, Alan Racan, Darren Abraham and Terry Warne. Second row, from left, shows Robin Terry, Lisa Stout, Lisa Morgan, Jeff Leary, Mike Stout and Paula Fortney. 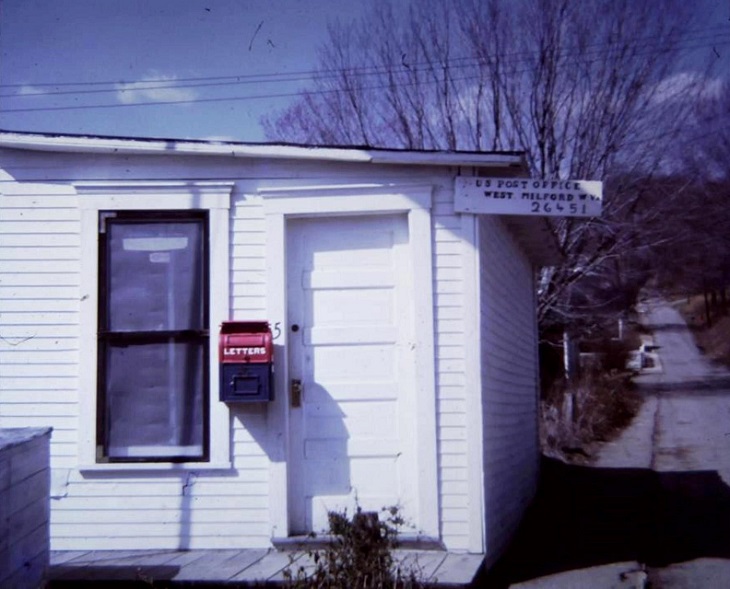 This photo, believed to be from 1989, shows the West Milford Post Office. Small rural post offices, and even small posts offices in communities in cities, are slowly becoming a thing of the past.
Editor's Note: This ongoing photo feature of pictures from Bridgeport and throughout the Mountain State is part of local historian Richard "Dick" Duez's collection. Duez, the unofficial historian of Bridgeport, would appreciate any scanned photos emailed to him for use here or to include in his ongoing efforts to preserve local history. You can email photos, or let him know how to acquire copies of photos you may have in your possession, to Duez at dick.do@frontier.com.