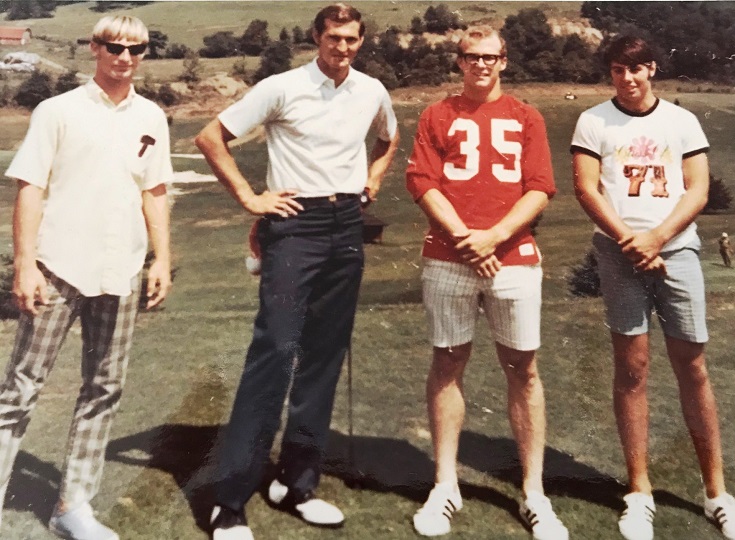 That's the "logo" and former WVU and Lakers standout Jerry West, second from left, at the Bridgeport Country Club - believed to be in 1971 or 1972. West is surrounded by, from left, Bruce DeGroot, Chris Sprenger and Dean Hartzell. 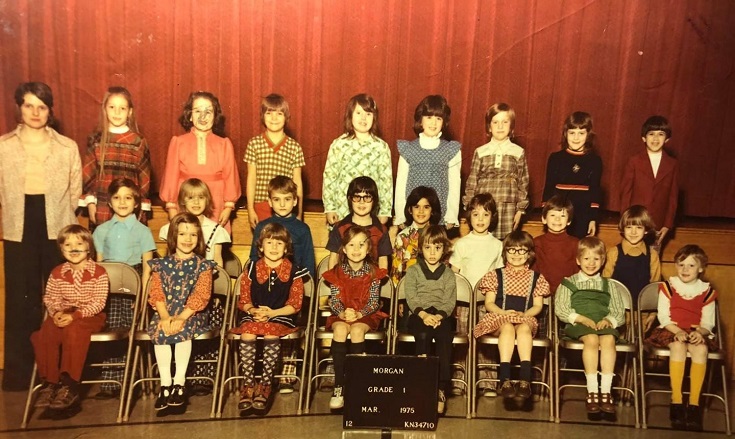 See anyone you know? This is a photo of Morgan Grade School's first grade class in Clarksburg from 1975.
Editor's Note: This ongoing photo feature of pictures from Bridgeport and throughout the Mountain State is part of local historian Richard "Dick" Duez's collection. Duez, the unofficial historian of Bridgeport, would appreciate any scanned photos emailed to him for use here or to include in his ongoing efforts to preserve local history. You can email photos, or let him know how to acquire copies of photos you may have in your possession, to Duez at dick.do@frontier.com.