Time Travel: Reading About 1952 Firemen's Fair and a Look at Fairmont's High Level Bridge Decades Ago 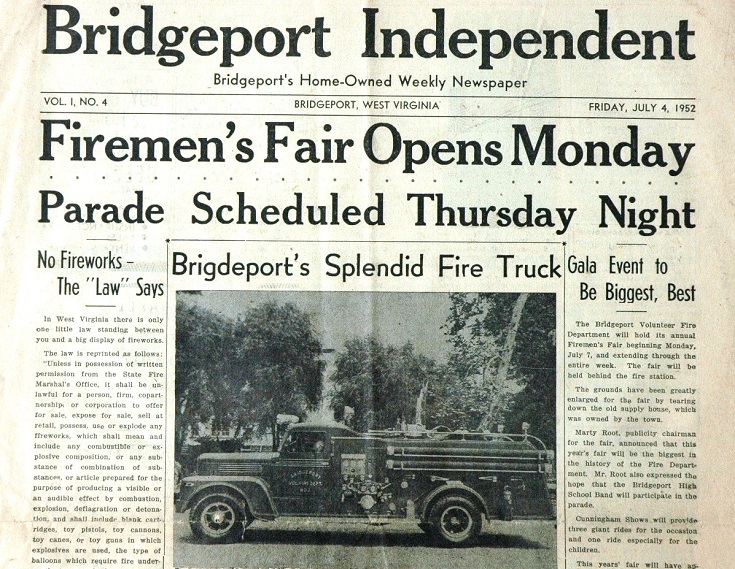 You may have to look close, but there is plenty of information on the 1952 Bridgeport Firemen's Fair. Two things no longer exist - one of which is the highly popular fair that lasted for decades. The other is the Bridgeport Independent newspaper. Feel free to share your memories of the Fair in the comment section below. 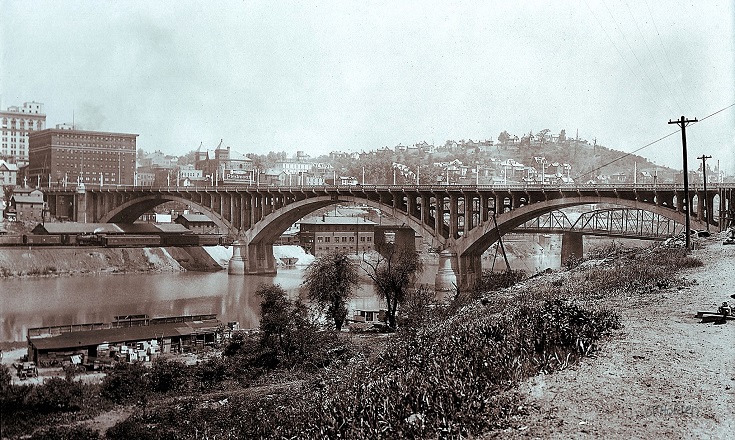 The exact date of this photo of the High Level Bridge in Fairmont is unknown, but it is believed to be around the time of its dedication in 1921. It was reconditioned and reopened in 2000 at a cost of $23 million.
Editor's Note: This ongoing photo feature of pictures from Bridgeport and throughout the Mountain State is part of local historian Richard "Dick" Duez's collection. Duez, the unofficial historian of Bridgeport, would appreciate any scanned photos emailed to him for use here or to include in his ongoing efforts to preserve local history. You can email photos, or let him know how to acquire copies of photos you may have in your possession, to Duez at dick@duez.ws

There was nothing better than the Firemen's Fair!!! From the loud bang at 7 pm each evening that signified the fair's opening, to the parade, to all of the games and rides, it was the biggest summer fun in Bridgeport. I remember dangling over Simpson Creek (when it wasn't all that clean) in the Octopus, riding the Scrambler, and being afraid of the tiny roller coaster. For weeks preceeding the fair, store counters held donation cups for those vying to be Firemen's Fair Queen, which was a VERY big deal. I still have some of the glassware I won by throwing dimes into the pieces at one of the games. The event was full of sights, sounds and smells of summer fun. It was a sad time when the fair was moved and eventually discontinued.