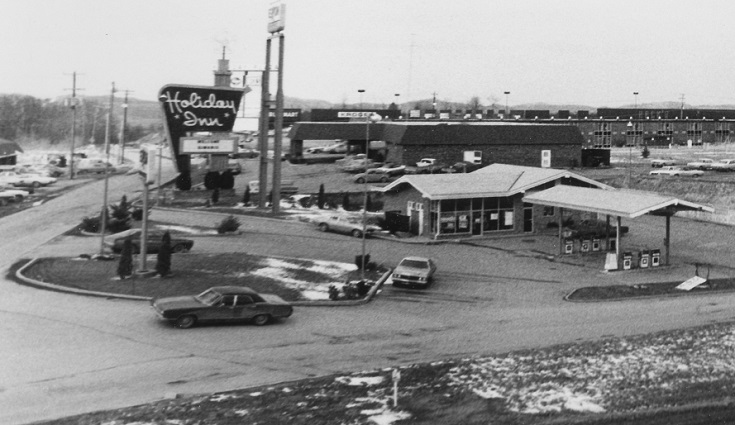 Many probably remember when Riggs Exxon sat on the site where Walgreens sits today. And plenty probably remember the Holiday Inn on Lodgeville Road that today is home to a Best Western. This photo from 1974 also has a bonus element to it - in the background near the middle of the photo is a sign for Kroger that used to be at the former Holiday Plaza that today is Gabe's Plaza. 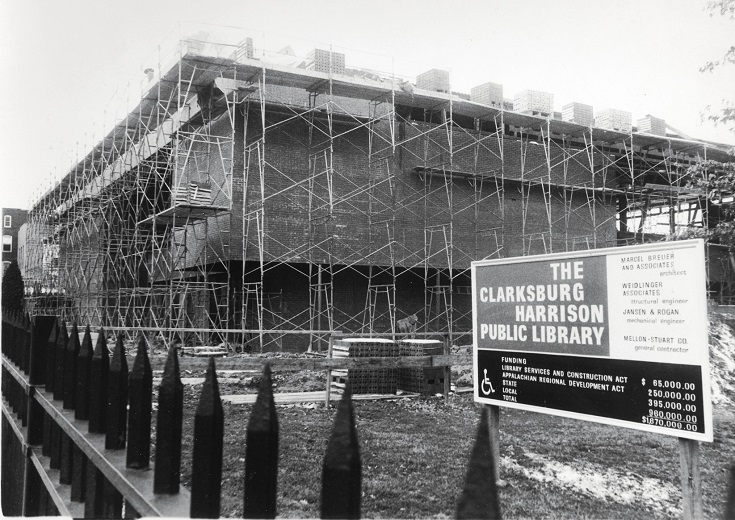 Another image from 1974, but this one is in Clarksburg and is still in operation today. The construction of the Clarksburg -Harrison Public Libray is shown. It was built for $1.67 million dollars and has served Clarksburg and Harrison County well for decades.
Editor's Note: This ongoing photo feature of pictures from Bridgeport and throughout the Mountain State is part of local historian Richard "Dick" Duez's collection, the unofficial historian of Bridgeport, would appreciate any scanned photos emailed to him for use here or to include in his ongoing efforts Duez to preserve local history. You can email photos, or let him know how to acquire copies of photos you may have in your possession, to Duez at dickdo@citynet.net.