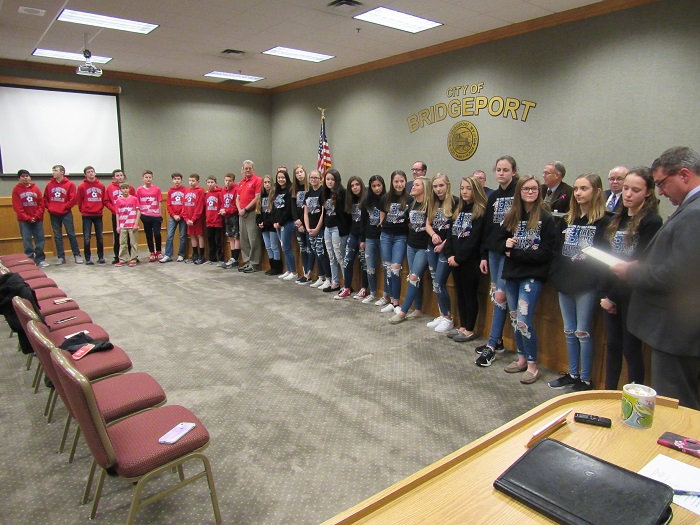 In a similar fashion to how they have dominated their competition on the field the past couple of years, the Bridgeport Middle School soccer teams stole the show at Monday’s City Council meeting.
Both the boys and girls teams at BMS received a proclamation, read by Councilman Jeff Smell, recognizing their Harrison County championships and other accolades. 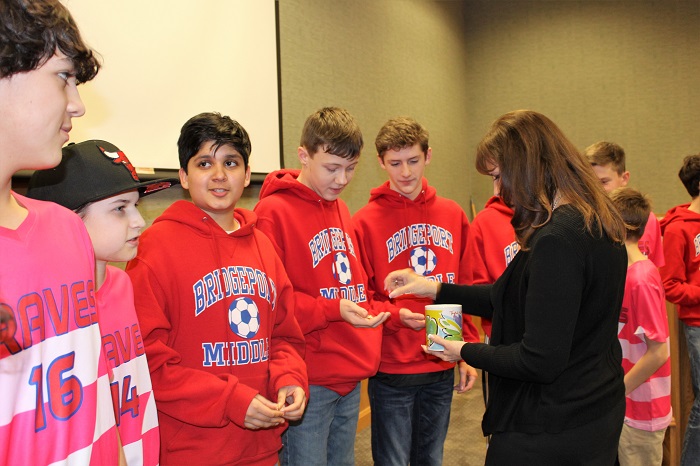 The Braves have swept the county team titles for four consecutive years. The boys’ latest championship came in a season in which they outscored their opponents 60-9 and finished with a record of 10-1-2. In the past three years, the boys have outscored their opponents 220-14.
The girls outscored their 2019 opponents by a combined score of 78-2 with 11 shutouts and a perfect 13-0, marking a second straight undefeated season.
“I just want to congratulate both teams,” Councilman Dustin Vincent said. “It’s quite an accomplishment. The statistics that Councilman Smell read off were extremely impressive. When he came back and sat down I asked him if this was Bridgeport or the Cobra Kai Soccer Association. Obviously, no mercy has been shown on the opponents and you guys have done an excellent job and have a lot to be proud of.”
For a video clip of the proclamation, see below. 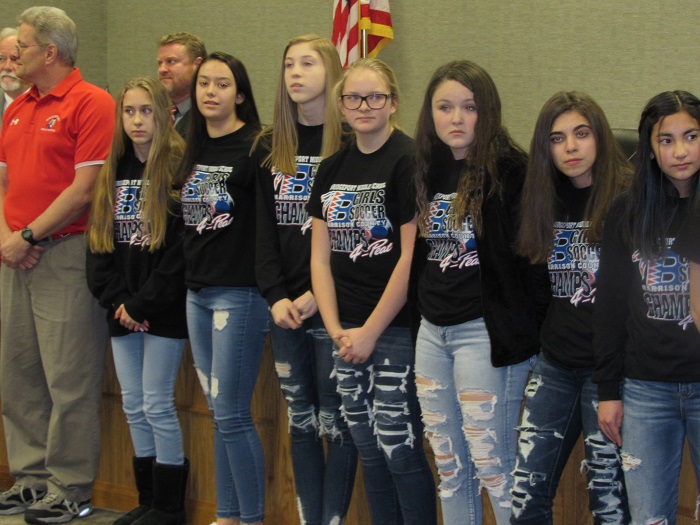 In regards to new business on the agenda, it was a short night for the Council, unanimously approving three items before adjourning for an executive session meeting to discuss construction, financing and management for the Bridgeport Indoor Sports and Recreation Complex.
The first issue was to consider and act on referring to the Bridgeport Planning Commission the need for regulations of medical marijuana growing, storage, processing and dispensing facilities.
“What we would like to do is refer this back to the planning commission,” City Manager Randy Wetmore said. “As this is becoming an issue throughout the state, we need to get our rules and regulations in line with the state law. This will be the first step in doing that.”
Next on the agenda was to consider and act on approving payments to The Albert M. Higley Company for January 2020 in the amount of $2,965,399.65 for its ongoing work on the Bridgeport Indoor Sports and Recreation Complex.
“If you have been out to the site, you can see the walls going up and it’s starting to take shape,” Wetmore said. “Things are moving along.”
The final item for discussion was a revision to the Capital Reserve fund budget. The revision is to allow the City’s Parks and Recreation department to purchase $5,000 worth of flowers for downtown. 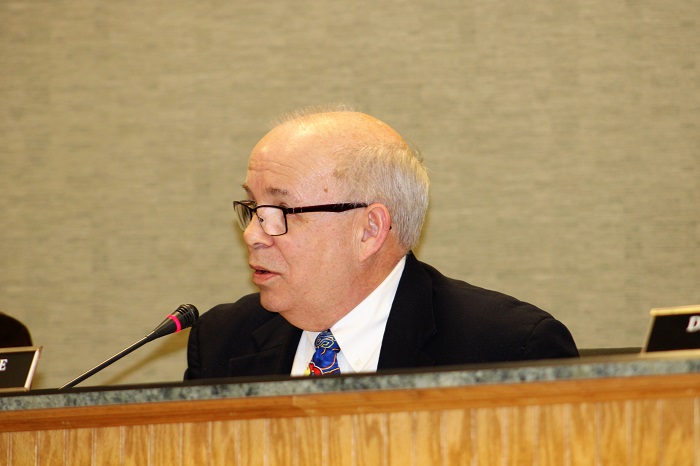 Mayor Andy Lang in lieu of a report at the start of the meeting gave a statement about a recent observation while being out in the City.
“A few weeks ago I was in Bridgeport and I noticed a traffic stop,” Lang said. “Apparently there was not a vehicular incident, I don’t know the reason for why the cars were stopped, but my observation was that Bridgeport City Police were there, Harrison County Sheriff’s Department was there and there was a car from the West Virginia State Police at this traffic stop. I just want to make clear that those departments are working very well together and it makes me feel good to see that.”
In the work session before the Council meeting, Cassie Busdeker, the Executive Director for Bridgeport CVB, gave a presentation about the CVB’s current state of affairs as well as goals for the future.
The next City Council meeting is scheduled for Monday, Feb. 24. 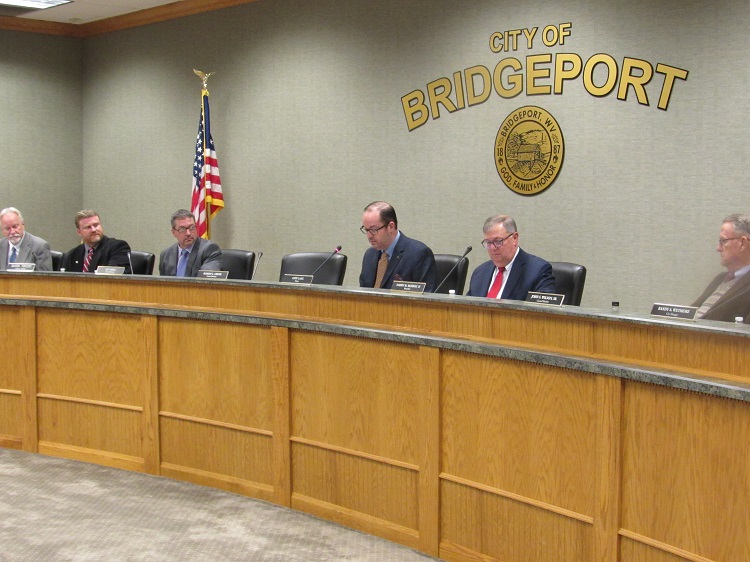 For a photo gallery from the City Council meeting, more on the budget revision for the flowers and more on the CVB, check back with Connect-Bridgeport in the upcoming days.
Editor's Note: Top three photos feature the Bridgeport Middle School soccer teams being honored with a proclamation at Monday's City Council meeting. Fourth photo is of City Manager Randy Wetmore, while the last photo features Council members in discussion.