By Connect-Bridgeport Staff on November 30, 2021 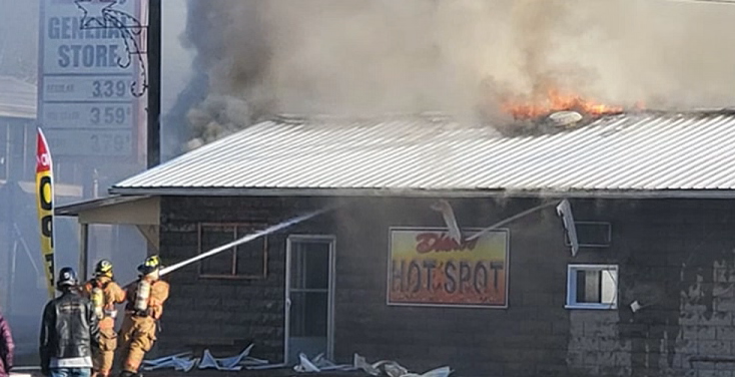 Multiple fire crews were on the scene of a fire in Lost Creek at Diane’s Hot Spot Monday afternoon.
The fire was reported around 2:45 p.m., according to the Harrison County 911 Center.
The 911 Center said no injuries have been reported at this time.
The fire has been extinguished and crews left the scene nearly two hours after arriving on scene.
The Anmore, Bridgeport, Jane Lew, Johnstown, Lost Creek, Nutter Fort, and West Milford fire departments responded to the fire in addition to the Harrison County Sheriff’s Office.
Click HERE for updates if, and when, they become available.
Editor's Note: Photo provided to WDTV by Lisa Grogg/David Hughes.