By Connect-Bridgeport Staff on January 22, 2020

According to WBOY, a Clarksburg woman is facing a drug charge after police said she admitted to possessing methamphetamine and marijuana following an incident at a Harrison County laundromat. 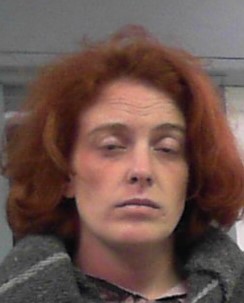 On Saturday, January 18, officers with the Bridgeport Police Department/Mountaineer Highway Interdiction Team South (MHITS) assisted deputies with the Harrison County Sheriff’s Department with a suspicious person call at the laundromat on West Virginia Avenue in North View, according to a criminal complaint.
While deputies were making contact with a female subject, Christain May, 29, of Clarksburg, outside of the laundromat, officers witnessed a male subject who was later discovered to be May’s boyfriend, inside the building near the window facing law enforcement. Police said the man then went away from the window to walk outside. Officers said it appeared that May and her boyfriend were attempting to get rid of items.
Click HERE to read the rest of the report.
Editor's Note: Pictured is Christain May.