Location is key for just about any building; for a fire department, it’s crucial. 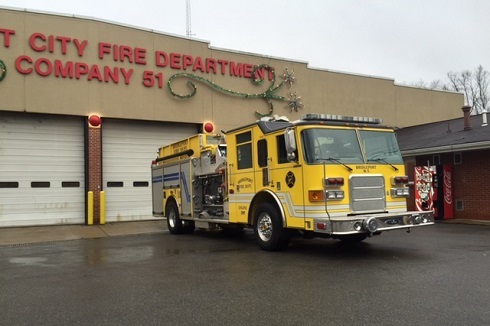 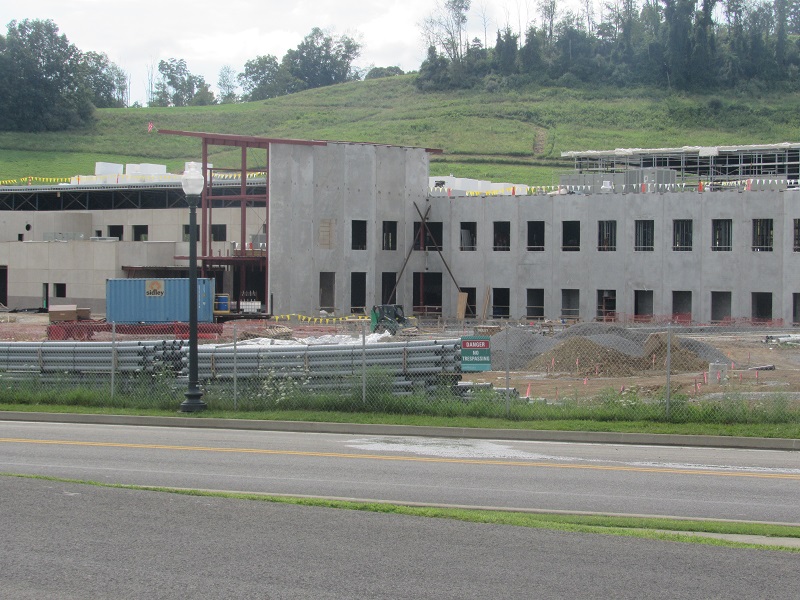 They will also consider and act on approving a change order with the Albert M. Higley company of Cleveland in the amount of $12,000 for an upgrade to the aluminum bleachers in the natatorium at The Bridge to include Deplast molded seats.
“It really is exciting,” Councilman Dustin Vincent said. “When you start seeing the individual pieces, it really brings it home as far as how much work is getting done and how close we are getting."
Vincent explained some of the details with the climbing package which will be a lot more than just your average indoor rock climbing station.
“We decided in the design stages of this to put in a section that is known as a clip and climb, so versus having one rock climbing wall it has various types of walls where you can clip on to the harness and climb on several different obstacles,” Vincent said.
Other items of new business on Monday’s agenda include the consideration and acting on approving the engagement of Jeremy Drennan for preparation of the 2019/20 financials for the City and the consideration and acting on approving a contract to include a salary adjustment for City Manager Randy Wetmore. 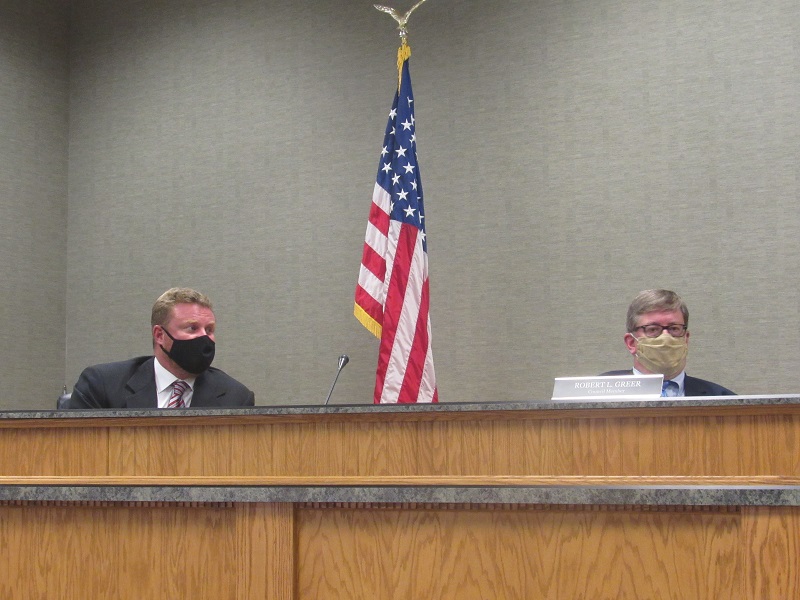 Prior to new business, there is on order of unfinished business as there will be the first reading on an ordinance approving and enacting a policy with respect to dedication and acceptance of streets, roads and alleys within the corporate city limits.
There is no work session scheduled for Monday’s meeting.
Editor's Note: Top photo features a fire truck parked outside The Bridgeport Fire Department, whille the middle one shows the progress being made on the construction of The Bridge. Bottom photo features Councilmen Dustin Vincent (left) and Bob Greer during a previous meeting.