By Connect-Bridgeport Staff on October 14, 2021

According to WDTV, Fairmont City Council voted unanimously to censure Mayor Tom Mainella after a viral video surfaced on social media.
In the video, he yells at a man for the way he parked. 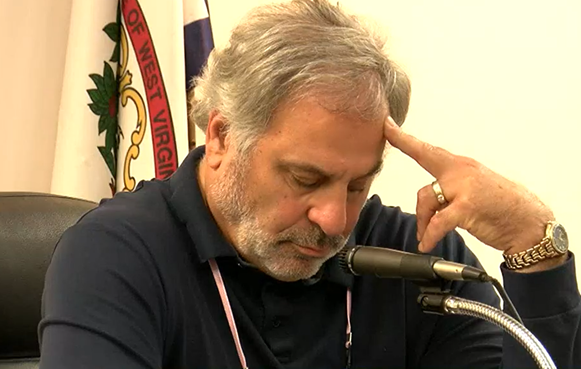 A censure was a formal way for the council to show they disapproved of the mayor’s actions.
However, no punishment or penalty went along with censure.
Several residents voiced on social media over the past few weeks they were not happy with the mayor’s behavior. But no one came to the meeting to speak about the incident.
Deputy Mayor Donna Blood said the council was limited in what they could do regarding a situation like this. But she felt they made the right choice.
“What happened was very unfortunate, and I understand people do lose their tempers sometimes this happens, and he was caught on tape. It would have been bad if it was caught on tape or not,” she said.
Mainella refused to comment anymore about the incident.
Click HERE for updates if, and when, they become available.
Editor's Note: Photo is a screenshot from the Council meeting.