Harrison County Sheriff Robert Matheny has never been one known to mince words. Today was not an exception, but it was words he would have preferred to reserve for a later time.
“Law enforcement and the entire community has lost a giant of a man,” Matheny said. "He was special profesionnally and personally."
For those that do not know, long-time Police Officer Tommy “Franco” Thomas passed away. Thomas, a former world-ranked heavyweight 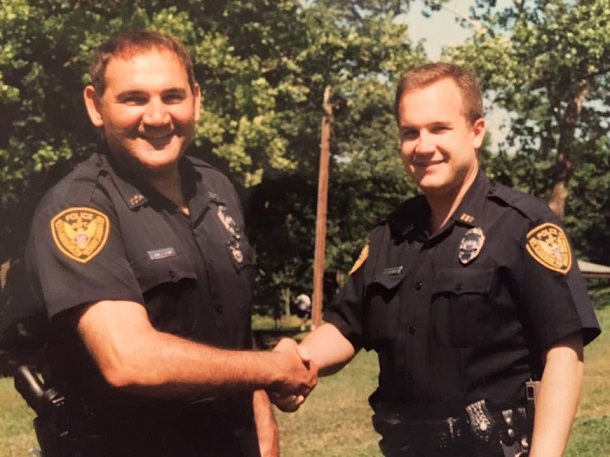 boxer, had been battling health woes for a number of years.
“Tommy was unique in the very best sense of the word,” said Matheny. “He loved and had a passion for boxing, but he equally loved law enforcement, especially community policing when community policing wasn’t really a thing.”
Thomas’ love for boxing was no passing fancy. He battled in 42 fights and posted a record of 34-8 with 24 knockouts and was ranked in the top 10 in the world. He fought some of the biggest names in boxing at the time including “Dynamite” Michael Dokes and former heavyweight champion Leon Spinks.
As much as people knew him for that, he somehow managed to surpass that when he got into the police profession. Starting off in Shinnston and then becoming an officer for the City of Clarksburg. It was in Clarksburg where he found his niche as the city’s Drug Abuse Resistance Education (DARE) Officer.
“It worked because he invested in kids. He got through to them,” said Matheny. “High schoolers, middle school kids and younger he would teach them decision making skills that helped provide a better quality of life. 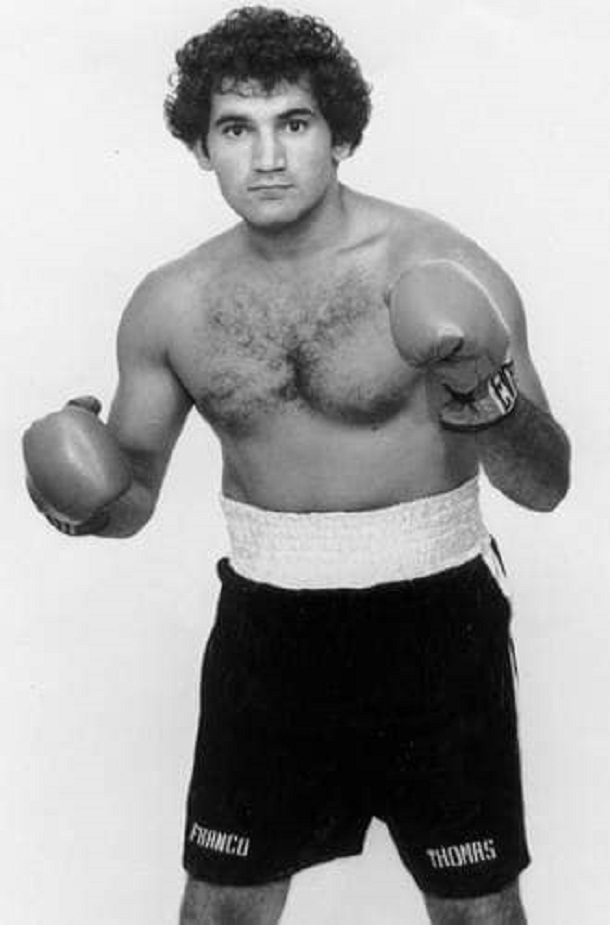 “He had a heart and a passion for what he was doing,” he continued. “He cared about everything, and he treated people with respect and that respect was returned. People truly loved him.”
Matheny was not the only one that recalls the magic Thomas worked with the community, particularly youngsters. Bridgeport Police Chief John Walker, who was chief of Clarksburg at the same time Thomas was involved with DARE, saw it too.
“He loved kids and they loved him. Anytime Tommy was out, and the kids saw him they would run to him. They lit up, but it wasn’t just the kids that were happy to see him,” said Walker. “It’s very valuable to have someone in law enforcement to have such great rapport with kids. If kids were afraid of police, Tommy erased that. They trusted him and, by extension, they trusted all of the officers.”
Matheny probably has the longest history with Thomas. He still remembers his first personal encounter. It was when Matheny, then an officer with Anmoore waiting to go to the Police Academy was out on patrol when a car pulled up.
“It was Tommy, and I didn’t know him. He just came by to encourage me about the academy, what to study, what to expect and look for,” said Matheny. “After that, we became friends and talked weekly on the phone.”
The two actually tested together to join the Clarksburg Police. Tommy would join the force a few months before Matheny in 1991 and the lifelong friendship began as they worked the same shift together before Matheny became a detective and Thomas took over DARE.
“Everyone remembers how he was with kids, and they should,” said Matheny. “I don’t want people to forget Tommy was a good officer. He knew the law and he combined that with his personal skills. 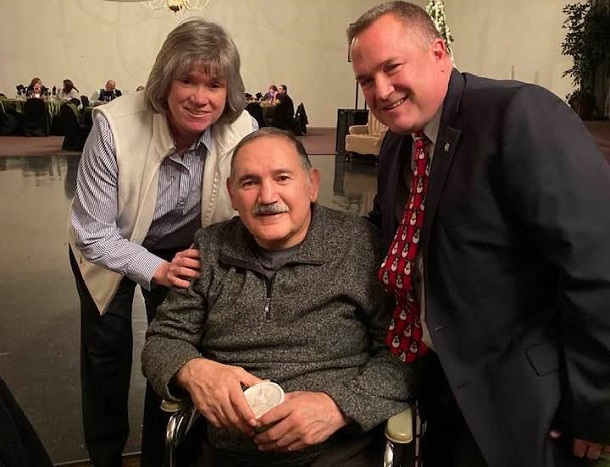 “His presence, so many times, would diffuse a situation you felt was going to turn bad,” Matheny continued. “Tommy would show up and the person would say ‘is that you Tommy?’ After that, he would just talk them down. It was amazing to see.”
Matheny said as sad as he is to have lost his friend, he said the younger generation of officers never had the chance to learn from, or talk to, Thomas. He said he had plenty to share.
“He’s been battling with his health, and I wish the young guys could have gotten to know him,” said Matheny. “He had so much to offer, and if we would have been able to give knowledge he definitely would have.”
Walker agreed. In fact, he summed up Thomas with a story he said he is sure is just one of many.
“We were out around some of the bars years ago in downtown (Clarksburg) and someone came up and asked Tommy what time it was,” said Walker. “He asked the guy, ‘Don’t you have a watch?’ The guy said he didn’t. Tommy took his watch off and gave it to him. Just like that. That’s the type of man we lost. Clarksburg, Bridgeport, Harrison County and the entire law enforcement community has lost a great man."
Thomas was 67.
Amos Carvelli Funeral Home is handling arrangements. Click HERE for the obituary, which includes visitation and service information.
Editor's Note: Top photo shows a young Tommy Thomas, left, with an equally young Robert Matheny during their time with the Clarksburg Police Department. He's shown in his boxing stock photo from his time as a heavyweight int he second photo. Below, he is shown with his wife Susan and Matheny at a local gathering.