By Connect-Bridgeport Staff on October 03, 2022

According to WDTV, an Upshur County man led police in Harrison County on a lengthy pursuit early Thursday morning, including Bridgeport, before being taken into custody several hours later.
At around 3 a.m. on Thursday, officers attempted a traffic stop on a vehicle being driven by William Trusler, 29, of Rock Cave, for a defective brake light on US 19 north, according to a criminal complaint. 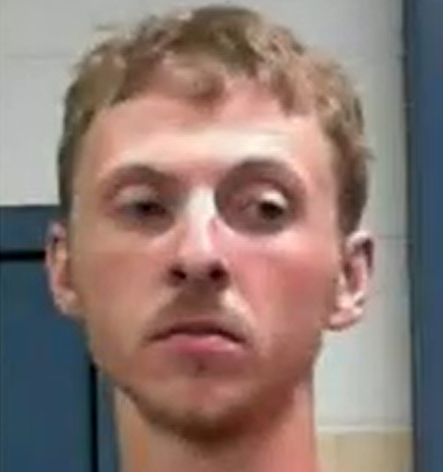 As officers approached the rear of Trusler’s vehicle, he reportedly drove off towards Shinnston Pike at a high rate of speed.
Officers said he ran two red lights and almost struck two motorcycles before turning onto Meadowbrook Rd. Trusler then drove onto Custer Hollow Rd. towards the FBI Center and “made a U-turn around the barriers” and headed back towards Meadowbrook Rd.
Trusler drove back onto Meadowbrook Rd. and traveled on Johnson Ave, Lodgeville Rd. and Emily Dr. before turning left onto Rt. 58, running multiple red lights in the process, according to authorities.
After this, court documents say Trusler turned left onto Virginia Ave., ran another red light and a stop sign until he drove back onto Johnson Ave. and passed Bridgeport High School. He then turned right at the intersection of Johnson Ave. and Lodgeville Rd. and back onto Meadowbrook Rd.
Trusler allegedly turned onto Custer Hollow Rd. towards the FBI Center where he again made “another U-turn back towards Meadowbrook Rd.”
As police continued to pursue Trusler on Meadowbrook Rd., he turned into United Rentals and “rammed the front gate and rear gate of the Rentals lot” and turned onto Smith Rd. before turning back onto Meadowbrook Rd. towards Shinnston.
At this point, officers said Trusler went off the left side of the road into a grassy area, went up a driveway and got back onto Meadowbrook Rd. traveling west.
Trusler drove “into a large yard” of a home and fled on foot in an unknown direction. Officers said they did not follow him into the yard. Multiple agencies were unable to track him.
Just after 11:15 a.m., officers found Trusler “lying down by a creek bank” between the Division of Highways building and the I-79 southbound entrance ramp.
Speeds during the pursuit ranged between 55 and 80 mph, according to officers.
Trusler has been charged with fleeing with reckless indifference. He is being held at North Central Regional Jail.
Click HERE for updates if, and when, they become available.