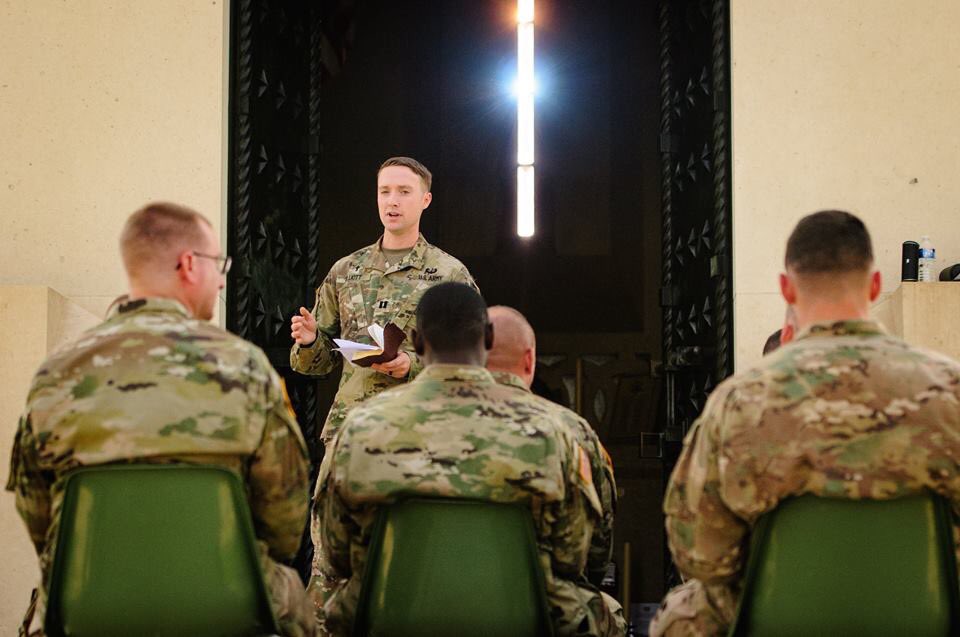 In observance of Veterans Day, Connect-Bridgeport is revisiting stories about members of our U.S. military which ran earlier in the year.This story, by Julie Perine, originally ran Feb. 24, 2019. The race was a success and Elliott completed all 100 miles.
Justin Elliott has set a lofty goal. In just a couple weeks, he will embark upon a 100-mile endurance race on the West Virginia/Kentucky border and he hopes his physical efforts pay off for his fellow military members and their families.
Money raised through sponsorships will fund the efforts of Family Readiness Groups of his National Guard unit, the 1-150th Cavalry Regiment of the West Virginia National Guard.
“They are essentially networks of spouses, parents, brothers, sisters and children of soldiers who assist one another in a variety of ways while their soldiers are at training and deployed,” he said. “My unit has six Family Readiness Groups, which support approximately 600 soldiers and their families across the state.” 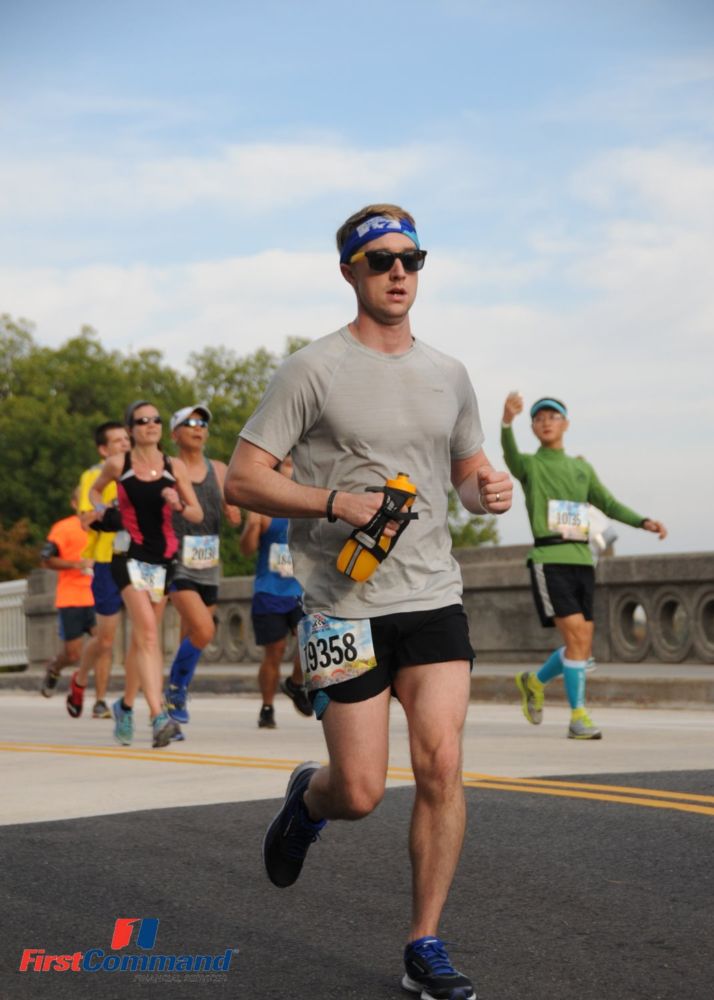 Elliott has set that goal at $10,000.
As the total climbs on his fundraising page, he continues his training.
“I’m constantly running, doing elliptical and strength training; just trying to get those hours in so I don’t get fatigued,” he said.
Elliott is accustomed to meeting goals. Having grown up in a military family, he was adamant about serving in the West Virginia National Guard.
“My dad retired from the National Guard with 26 years of service,” he said. “I saw how meaningful it was and wanted to be part of it,” he said.
He enlisted 11 years ago, eventually earning an officer rank. But he still aspired for something more.
“I started feeling the calling to become a military chaplain,” he said, “but it would be a really long process. There was a lot of education. I had to get my bachelor’s degree and a master of divinity degree. I had to be endorsed by my faith group and also ordained by my church, and of course, complete military training that goes along with that.”
A member of Fellowship Bible Church, Elliott obtained his bachelor’s degree at Liberty University and his master’s at Regent University; both schools located in Virginia. While doing so, he continued his work with the National Guard and worked as a real estate agent at Landmark Realty. About two years ago, he completed every step and became a full-time chaplain with the West Virginia National Guard. Since then, he and his wife Sarah (Hooker) became the parents of baby Isla, who is now 16 months old.
Elliott loves his work as West Virginia National Guard chaplain; one of only two in the state.
“I work out of the Fairmont armory and travel the whole northern half of the state. I provide religious service, bible studies and devotionals. I’m present at a lot of military funeral services and on the brighter side – weddings. I perform counseling for soldiers and I’m seeing a lot of that day to day. There are also weekend getaways for military families to help them function better as a couple or family and I attend several of those throughout the year.”
In his work, he sees firsthand how important the services of Family Readiness Groups are.
“One of the really great things they do is try to take care of military children while parent soldiers are in training or deployed,” he said. “They host pool days in the summer, trick-or-treating in the fall, move nights, Christmas dinners for units, and also financially help families who can’t buy Christmas gifts. When soldiers are deployed, they put together and send them care packages. It also gives the soldiers a sense of comfort that their families have someone to reach out to if something goes wrong back home – like the refrigerator breaks or something. They do a lot of good for the unit and really make a difference.”
As he was raised in a military family, Elliott – who also has a brother serving in the National Guard – has also been on the receiving end of the Family Readiness Group. 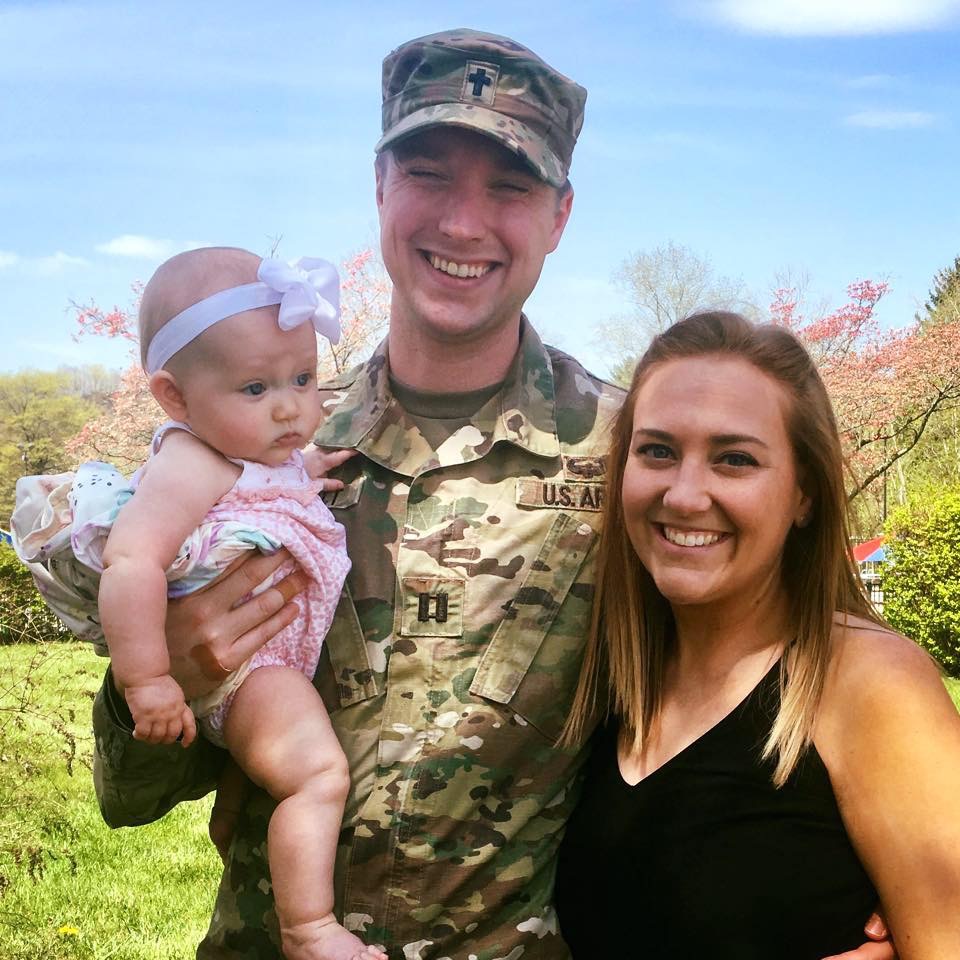 It was in October of 2018 when he decided to commit to the 47-Hour Endurance Race in Williamson, as well as the cause. The two went hand-in-hand, said Elliott, who has run several marathons and in 2016, a 50-mile race in Pittsburgh.
“I heard about the race coming up and it was the next distance (100 miles) I wanted to run,” he said. “So, I thought if I was going to be running that long and doing all this training, I might as well get something out of it for others. The idea came up to run for the Family Readiness Groups.”
From March 8-10, Elliott will run toward his goal and hopes to hit the magic number of 100. In the meantime, he hopes to reach the magic dollar figure of $10,000.
Learn more at Elliott’s Facebook fundraising page www.facebook.com/dashfordollars and donate if you wish at the funding page https://www.plumfund.com/charity-fundraising/dash-for-dollars-fundraiser.
Editor's Note: Pictured from top is Elliott delivering a chapel service at the Somme American Military Cemetery in France, Elliott running in the Marine Corps Marathon and with his wife Sarah and baby daughter Isla.