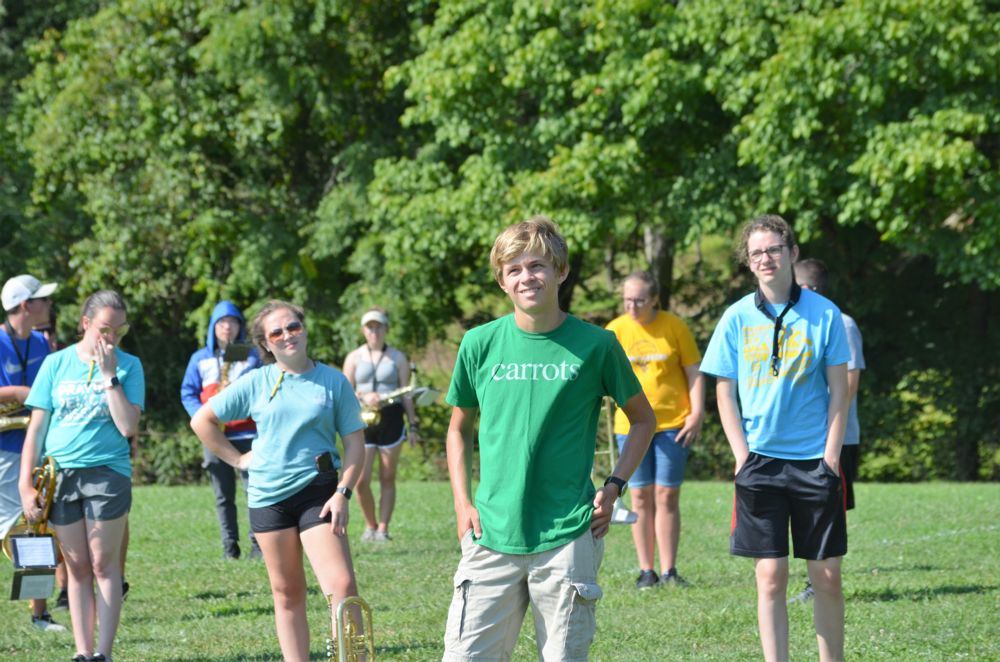 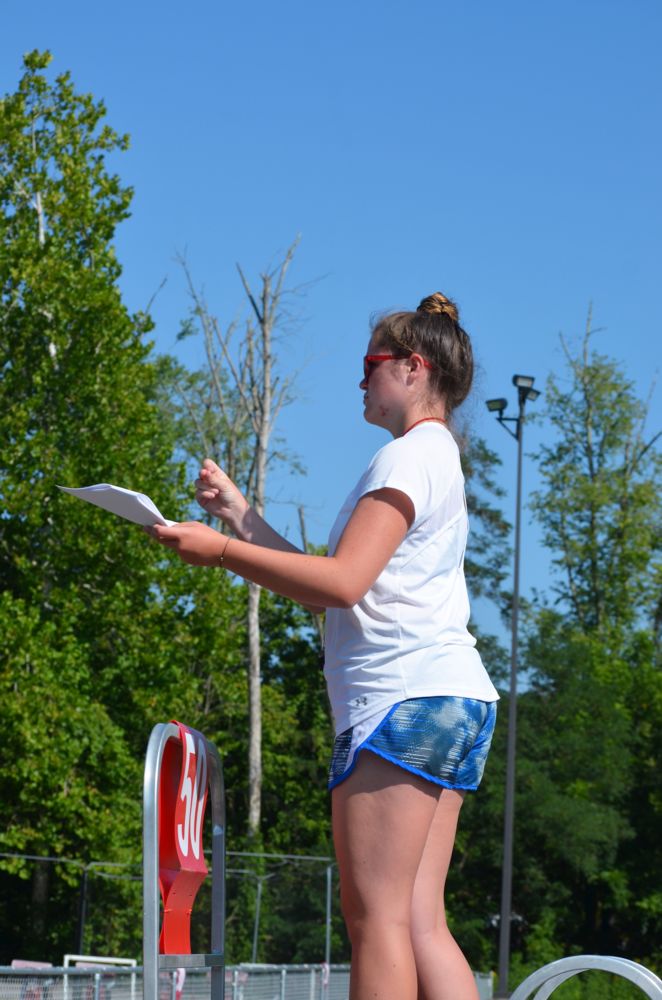 In 80-degree heat, members of the Bridgeport High School Marching Band have been fine tuning the 2019 football field show. Thursday marked day four of this year's band camp. The young musicians have worked tirelessly on music and formations; making sure each maneuver is stepped off correctly and each musical selection played loud and clear. At the helm of the operation are Band Director Chris Hayslette and Drum Major Paisley Addlington, serving her second year in the position.
Band camp continues next week. Thereafter, members of the public can sample this year's field show based on the score, "Dante's Inferno," at 7 p.m. Friday, Aug. 16. The performance will be held on Wayne Jamison Field.
See BHS band camp photos from earlier in the week HERE, where you can also sample the sound of this years' "Pride Behind the Tribe" Marching Band.