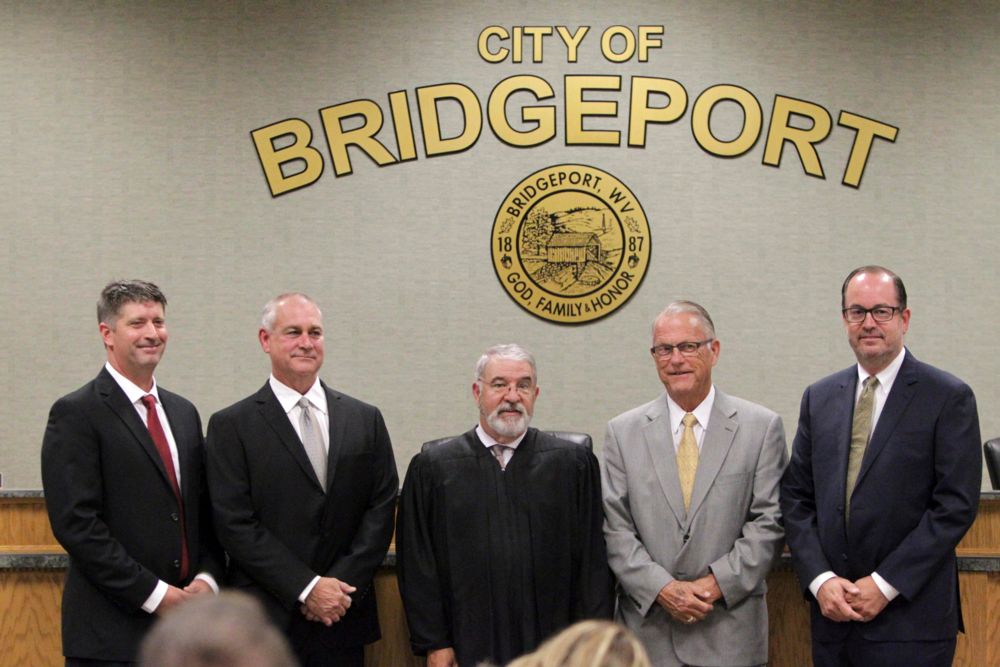 Mayor Andy Lang and councilmen John Wilson, Jon Griffith and Jason Campbell were sworn in on Monday to serve their terms won during the Bridgeport municipal election in June. This is the second term for Lang as Mayor. Wilson is an incumbent on Council and will be serving his fourth term, while Griffith and Campbell fill the seats of Dustin Vincent and Bob Greer, both of whom chose not to run for re-election. Judge Thomas Bedell swore members in on Monday.
Check out images from the council meeting on Monday below. Photos are by Kyle Jenkins of www.BenQueenPhotography.com.