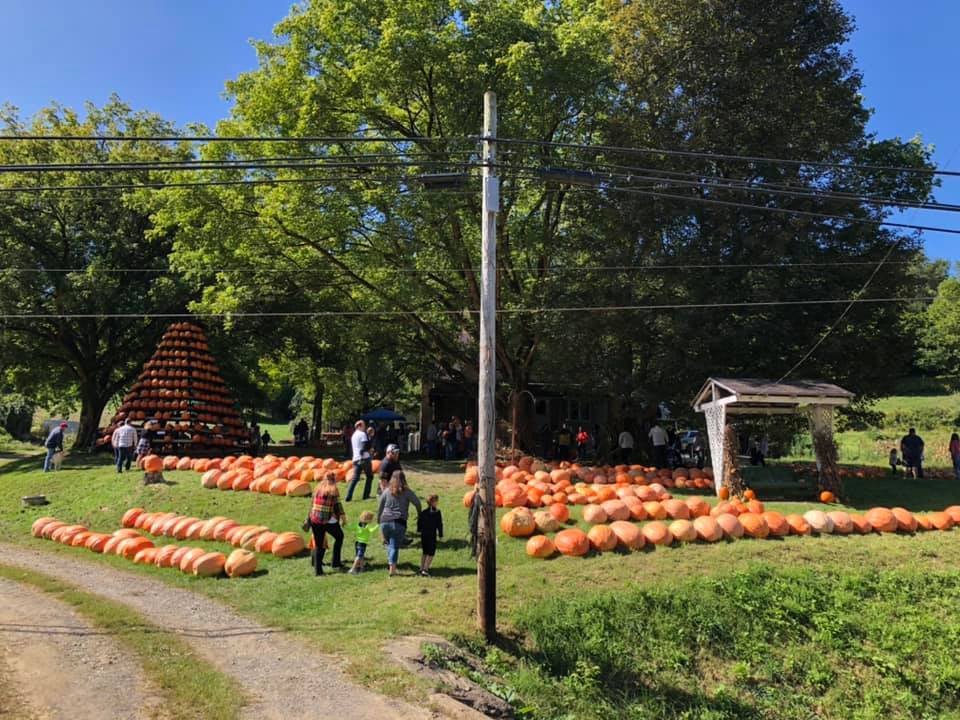 For the first time in 22 years, the Pumpkin Farm at Saltwell – formerly the Ash Family Pumpkin Farm – is open to the public. 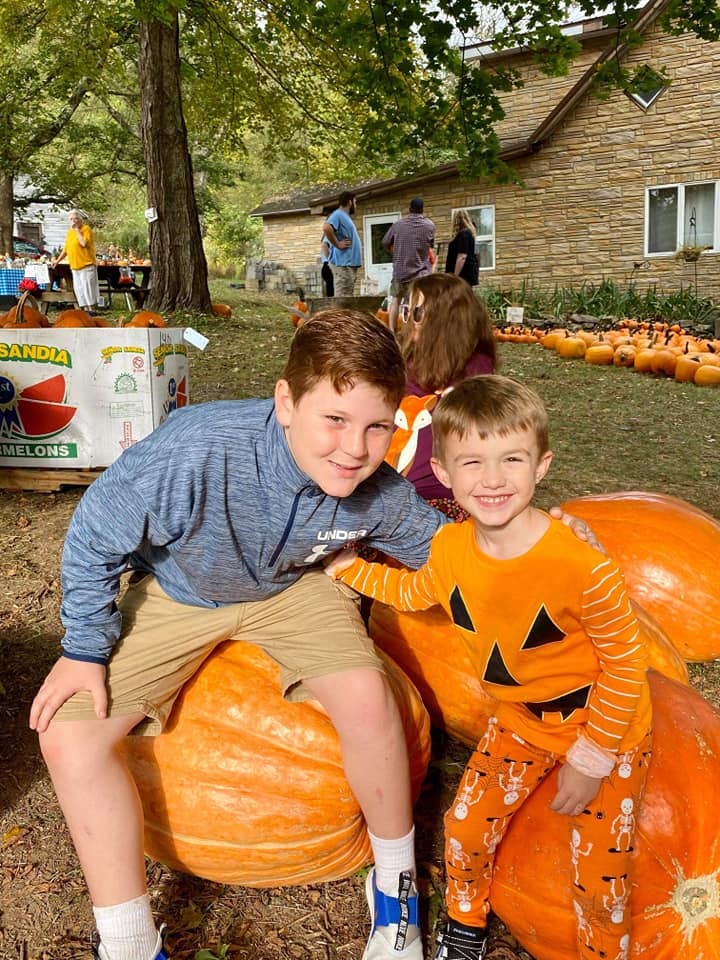 “I just wanted to give people a place to go to buy pumpkins and make new memories,” said operator Patrick Ash. “Some have made memories here, but their children or grandchildren haven’t had that opportunity.”
Patrick grew up at the house, located on Saltwell Road, between Bridgeport and Shinnston. He was a young boy when his dad first opened the hobby farm to visitors. That was in the early 1980s. In 1987, his dad Roy Ash was inspired to build the pumpkin pyramid that became the farm’s trademark.
“Dad had gone to Circleville, Ohio to a pumpkin festival there and while he was there, he saw a four-sided pyramid that was eight- to 10-feet tall and stationery,” Patrick said. “So, he came back and built a 27-foot tall, 12-shelf pyramid that spins.”
A welder by trade, Ash constructed the structure of steel and the shelving of lumber. The completed project held more than five tons of pumpkins.
There weren’t a whole lot of seasonal festivals back in the ‘80s, so the pumpkin farm had already drawn big numbers. But when the pyramid came into the picture, the Ash Family Pumpkin Farm gained quite a bit of fame, showing up in about every major West Virginia newspaper and even statewide publications.
The attraction was quite popular through the years. It closed in 1992.
The pumpkin farm reprise still features the famous pyramid. There’s been so many pumpkins sold since the mid-September opening that the pyramid has had to be restocked three times. In addition to jack-o-lantern-size pumpkins, the farm also boasts some giant pumpkins – weighing in at 150 pounds or so - that draw plenty of attention. 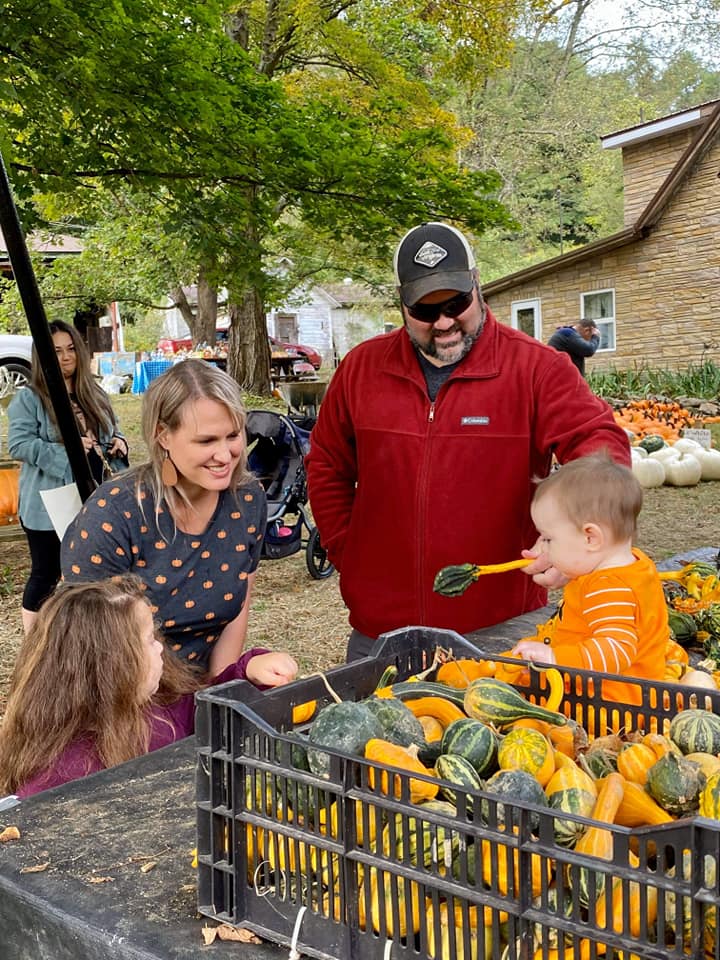 The farm was always a family affair and now in its second and third generation of operation, it still is. Roy has passed away, but Patrick’s mom Shirley still resides at the farm. Patrick and his wife Diane and children Jennifer (Finn), Abram and Abri Ann all pitch in.
“The children planted and took care of the pumpkins all summer and help run the cash register,” Patrick said.
The preparation of planting four gardens of pumpkins on two and a half acres began in March. By May, the big pumpkins in the front yard were planted and the rest went in the ground in early- to mid-June.
The idea to re-open the farm predated the COVID-19 pandemic, but ironically, Patrick believes the quarantine made people even more excited about outdoor activities, like visiting a pumpkin patch.
“Social distancing is not a major issue. We have signs up asking people to stay six feet away or to wear masks,” Patrick said.
The volume of visitors and pumpkin sales have far exceeded his expectations, but the true reward, he said, is the happiness factor.
“Watching the families have fun brings me joy – seeing kids climb all over the pumpkins and see the expressions on their faces,” he said.
The farm will be open a couple more weekends and this Saturday is a special day in the family’s debut year.
This Saturday, Oct. 3, five of the biggest pumpkins will be auctioned off; all proceeds benefiting the Corridor Chapter of the Autism Society of West Virginia.
“There is a reason for that," Patrick said. "Our son is on the autism spectrum. He is high functioning and was diagnosed between the 6th and 7th grade and we have been part of the Chapter since.”