More than three months after bids were opened for the Bridgeport Indoor Sports and Recreation Complex, the groundwork is starting to be put in place to approve the bid this month.
According to Mayor Andy Lang, the item should be on City Council’s agenda August 26. However, to help make sure that’s possible a special City Council will be held this evening. The purpose of the meeting is to pass the first reading of an ordinance on the bonds paying for the 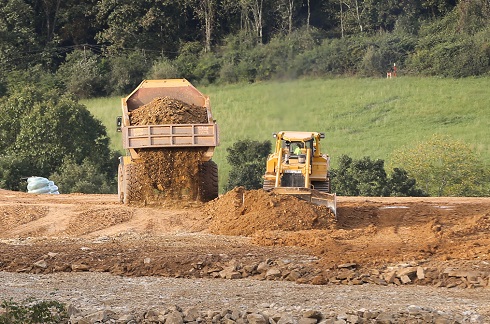 complex.
The ordinance is for an amendment for the bond indenture. The key part focuses on funding for the project in the possibility that the 1 percent sales tax funding is ever eliminated.
“This is basically a safety blanket. We’ve said since the beginning that, in no way, this project would be a liability on the general fund to the city,” said Lang. “That was the original intent and this assures it will never be a burden.”
The bid was awarded back on May 10. At that time, a low bid of $37 million from Albert M. (A.M.) Higley Company out of Pittsburgh was received and eventually approved by Council. Lang said the three-month delay since the bid opening actually was a blessing in disguise.
“That allowed the earth work to have some needed time to finish, and they’re just about finished up,” said Lang. “I think you’ll see construction begin in September or October as the earth work is wrapping up.”
Tonight’s City Council special session will begin at 6 p.m. Lang said there will be no executive session and will basically be a “in and out” meeting. The second reading of this ordinance will be at the August 26 meeting, which is planned to coincide with the bid approval to get things going.
Editor's Note: Earth moving is shown taking place in 2018 at the Complex.