Story by Adrianne Uphold, Multi-media Specialist
BENJAMIN M. STATLER COLLEGE OF ENGINEERING AND MINERAL RESOURCES
Blurry, low-resolution images from security cameras or drones can throw hurdles at the efforts of law enforcement and military.
This is where one West Virginia University engineer hopes to paint a clearer picture by developing robust face recognition software algorithms capable of accurately identifying individuals at distances as far as 300 meters, or nearly 1,000 feet. 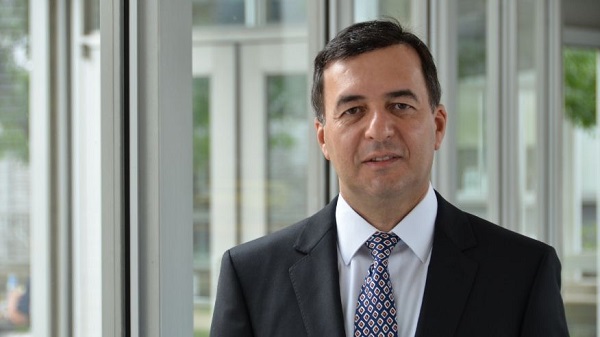 Nasser Nasrabadi, professor of the Lane Department of Computer Science and Electrical Engineering, will receive nearly $1.1 million in funding for research that could improve counterterrorism, protection of critical infrastructure and transportation facilities, military force protection and border security.
The biometrics algorithms developed by Nasrabadi’s team will create more reliable systems with high-matching accuracy from long ranges and in extreme and challenging conditions.
“Face recognition performance is severely impacted by distance, the individual’s pose, the lack of adequate resolution; all those things weigh heavily on how well facial recognition systems have been able to correctly identify people,” Nasrabadi said. “The novel biometrics algorithms that will be developed are using a new deep learning-based technology that will provide robust face recognition algorithms that can handle challenging conditions present in real world operational scenarios.”
Nasrabadi will use publicly available biometric datasets and data provided by Intelligence Advanced Research Projects Activity, consisting of still images and videos of a person's face, gait and body shape. This data will help improve the accuracy of the algorithm's ability to identify an individual’s face from low-resolution, poor illumination and low-quality images, like those captured from security cameras or drones.
IARPA is funding the multi-year research effort called the Biometric Recognition and Identification at Altitude and Range program, which spans government agencies, contractors and multiple universities. The algorithms developed by WVU will contribute towards IARPA’s mission of solving problems that has the potential to provide the nation with an overwhelming intelligence advantage.
“The algorithms are going to be based on image super-resolution, deblurring, facial pose estimation and correction, extracting whole-body biometrics signature, and developing end-to-end face recognition under severe imaging conditions,” Nasrabadi said. “Our goal is to push the face recognition research forward and build biometric technologies that are significantly ahead of the current state-of-the-art.”
Five to six Ph.D. students at the Benjamin M. Statler College of Engineering and Mineral Resources will gain real-world experience through this research project by developing AI/machine learning biometrics algorithms and testing them on unstructured data in the wild.
"Our Ph.D. students will oversee the development of the biometrics algorithms and end-to-end systems,” Nasrabadi said. “They will write the software and develop new and novel approaches to solve the face recognition problem using new artificial intelligence/machine learning tools. They will develop sophisticated deep neural networks architectures trying to mimic the human nervous system and gain valuable experience in AI/ML technology. They will be trained to become deep learning experts that are heavily in demand in the commercial and Department of Defense world.”
For this project, WVU will collaborate with the University of Central Florida, State University of New York at Buffalo, University of California-Riverside, University of Texas at El Paso and University of California-Merced.
This research is based upon work supported in part by the Office of the Director of National Intelligence (ODNI) and IARPA, via [2022-21102100005]. The views and conclusions contained herein are those of the authors and should not be interpreted as necessarily representing the official policies, either expressed or implied, of ODNI, IARPA or the U.S. Government.
The U.S. Government is authorized to reproduce and distribute reprints for governmental purposes notwithstanding any copyright annotation therein.
Editor’s Note:Pictured above is Nasrabadi. (WVU Photo/Paige Nesbit)