By Connect-Bridgeport Staff on November 27, 2021

A graphics processing unit computer cluster called “Dolly Sods” will enable researchers throughout the state to accelerate computational research in fields such as drug development, interstellar phenomena, biometrics, material design and business logistics and management.
Blake Mertz, associate professor of chemistry at West Virginia University, is leading the project, recently funded by a $1.1 million National Science Foundation grant.
GPUs are video cards that computers, video gaming consoles and smartphones use to quickly render images. While GPUs have been historically utilized for graphics and video rendering, they’ve become more popular for use in artificial intelligence applications and in accelerating math-intensive computations. 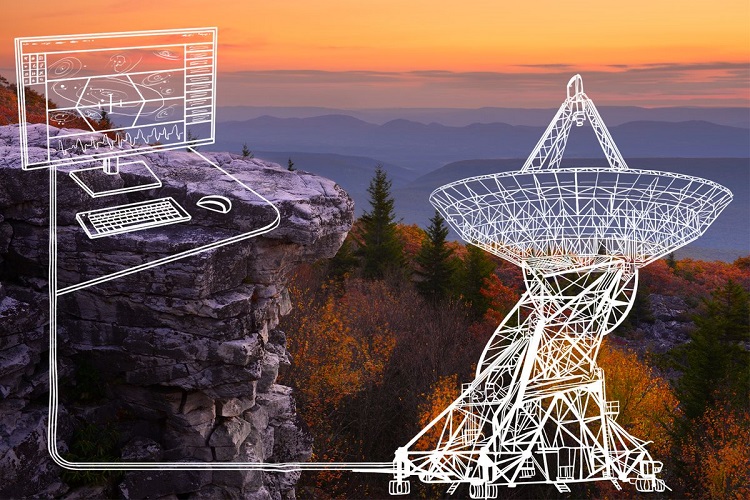 The Dolly Sods project, Mertz said, will pave the way for cutting-edge research in diagnostic imaging of tumors, screening of small molecule drug design, detection of interstellar phenomena, design and optimization of data algorithms used in space flight, computer vision of medical images and information processing of business-based managerial decisions.
“GPUs are well-suited to performing simplified mathematical calculations over and over, and they can do it much more quickly and efficiently than traditional CPU-based solutions,” Mertz said. "By utilizing this technology, we can carry out computations orders of magnitude faster than on a conventional compute cluster, giving us the ability to solve problems that were previously inaccessible to the WVU computational community.”
Mertz said the project was given the name Dolly Sods because of its ability to push boundaries and the uniqueness of the area.
“The Dolly Sods Wilderness represents many of the distinguishing characteristics of West Virginia: sweeping vistas, lush wildlife and the opportunity to challenge yourself in the great outdoors, as well as representing an environment that is radically different from any other in the state,” Mertz said. “Dolly Sods forces you to think outside the box of what you normally picture when you think of West Virginia. This GPU cluster aims to achieve the same thing; to enable researchers at WVU to push the boundaries of what we can accomplish in terms of solving fundamental, environmental, and societal problems for people in the state of West Virginia and beyond. 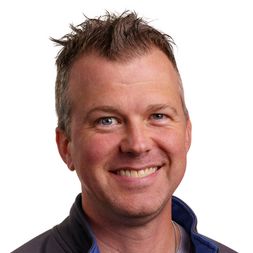 “In the case of Dolly Sods, we will have approximately 20-25 nodes in the cluster,” Mertz continued. “The advantage of a cluster versus having 25 individual computers is that it makes it much easier for the WVU and statewide research community to access this shared resource, and it also makes it possible for researchers to group together these nodes to perform much more powerful computational calculations.
“The enhanced capability of Dolly Sods opens up the possibility to examine scientific problems at a much higher level of detail because we can access the timeframes over which these phenomena take place much more easily than we could before.”
Dolly Sods will be used to assist researchers in many different areas.
For example, Dolly Sods can help with running code that can efficiently transfer information back and forth from satellites in space to earth, enable drug development for neurodegenerative diseases and manipulate massive datasets from places like the Green Bank Telescope.
“For groups in physics and astronomy at WVU that work with signals acquired at Green Bank, Dolly Sods represents a paradigm shift: researchers will be able to analyze data in near real-time, allowing them to make assessments and identify new phenomena like pulsars that previously could only be carried out on national supercomputing resources like at the Pittsburgh Supercomputing Center,” Mertz said. “This tool will only further strengthen one of the flagship research programs at WVU.
“We anticipate many researchers in almost all fields of study at WVU to utilize Dolly Sods, as it will facilitate development of new machine learning and AI approaches that are critical to understanding big data problems.”
Mertz said that Dolly Sods will also lead to the creation of training opportunities for first-generation college students, female students and those from marginalized communities. It will also aid in the diversification of the computationally-intensive workforce, which will be invaluable to West Virginia.
“In the short term, it will help train our workforce so that they can be more competitive for jobs with the many federal agencies that are here in the state,” Mertz said. “Long term, our goal is to help provide a top-notch education in data science-related fields to West Virginia's workforce, which aligns with many of the state-academic-industry joint initiatives that have recently been created such as West Virginia Forward. As artificial intelligence and machine-learning approaches become more prevalent in data-driven research, acquisition of a tool such as Dolly Sods is the next logical step in training the next generation of data scientists in West Virginia.
“We typically have about a hundred faculty, students and postdocs that use our current research computing resources, and with the acquisition of Dolly Sods, we will easily double that number. That represents a significant number of people at WVU and throughout the state that will be using computational research as a core component of their research efforts.”
According to Mertz, the Dolly Sods GPU cluster will further WVU’s long-term goal of transforming the economically-disadvantaged region of Appalachia into a top-level destination for investment from the technology sector.
Joining Mertz on the project are his WVU colleagues Werner Geldenhuys, School of Pharmacy; Sarah Burke-Spolaor, physics and astronomy; Piyush Mehta, mechanical and aerospace engineering; and Gianfranco Doretto, computer science and electrical engineering.
Editor's Note: Graphic, photo of Mertz courtesy of WVU