With the Mind of a Warrior and Heart of a Saint, New City Business Owner Wes Hanson has Found Success in Life

By Chris Johnson on August 08, 2020 from Outside the Tribe

It feels like I have known Wes Hanson for years even though it was just a little more than a week ago when I had my first conversation with him. 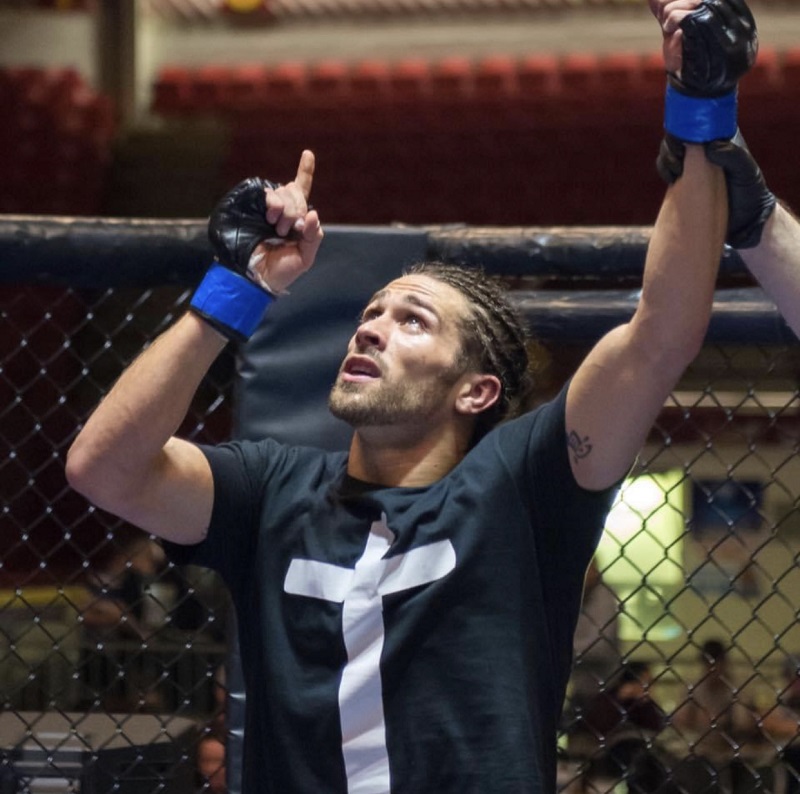 You watch somebody’s life from afar and it can create a sense of admiration. Sometimes you meet them, and they can’t possibly live up to the expectations you have created. But sometimes they do, and you even find out their life is even more remarkable than you thought.
Full disclosure here, Wes’ significant other is a young woman named Marteney Jacobs. She’s quite remarkable as well.  I’ve even half-jokingly suggested in the past that we should be able to go into stores and buy Marteney Jacobs action figures.
She was one of the best track and field athletes I’ve ever written about during her time at Philip Barbour High School.
For whatever reason, me and her have shared similar social media hours through the years so I have watched her grow up from afar. From a successful athletic career at Glenville State (where she met Wes), through Med School, to Texas and back to currently residing in Bridgeport — where Wes recently launched his own business, North Central Building Solutions.
For a more in-depth look at North Central Building Solutions, check out that story HERE
I’ve seen the two of them do things and go places I marvel at. I smile at the pictures they share of their two beautiful children. I laughed at some of their adventures with their beloved Great Dane Thor and I cried when Thor passed away.

Anyway, this blog isn’t so much about them as it is Wes’ journey to becoming a Bridgeport business owner. It’s one worthy of action figure status too. From just an athletic success standpoint there is plenty to talk about with Wes from football to wrestling to what he has accomplished in the ring as a professional fighter. I’ll get to all of that in a moment.
The dude is a legit tough guy. Let’s put it this way, if I have to go into a battle and I get to pick my team, he’s my No. 1 pick. Also, if I was built like him, I wouldn’t even own a shirt. Wes Hanson has a warrior mentality … but he also has the heart of a saint.
For his 26th birthday, Wes wanted one thing — he wanted to have a cookout. But this wasn’t your average cookout. He wanted to have one at a homeless shelter in Charleston and provide food to some people in need. And that’s exactly what he did.
“I was listening to a radio show and this little girl, four or five years old was on and for her birthday she wanted to take her birthday cake and her birthday presents and give it to the people who needed it,” Hanson said. “I was like, ‘What the heck, that’s such a great idea’ and that was like two weeks from my birthday, so I was like, ‘You know what? I’m doing it too.’ I’m letting that little girl motivate me.
“I asked the homeless shelter in Charleston if they could do that and they said, ‘Absolutely, just give us the date.’ I asked what their favorite foods were down there, and they said they really liked cookout food. I said, ‘Great, me too.’
“So, we went and a had a cookout and sat there with them and had fellowship. That was an amazing time.” 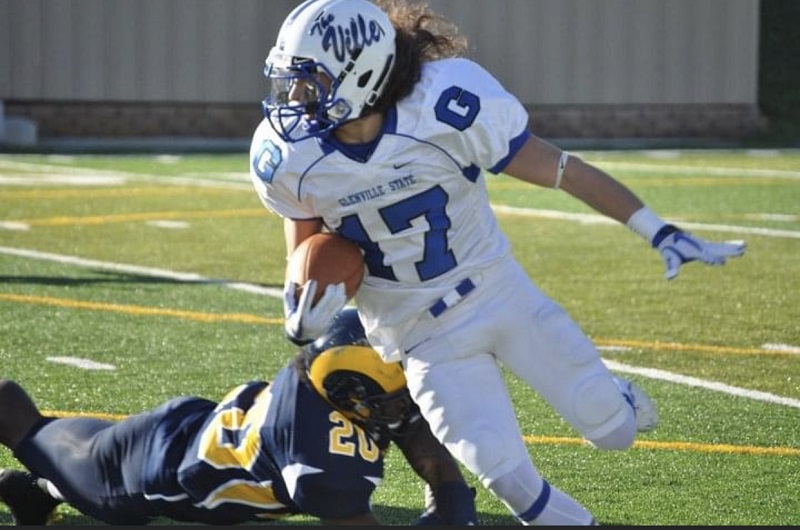 Hanson’s passion for helping others in need has already been at the forefront of his new business, despite only being open a couple of months.
Cayla Kemper, a friend of both Hanson and his business partner, Matt Fisher, is a WVU student who in June was diagnosed with Stage IV Hodgkin’s lymphoma. Hanson and North Central Building Solutions has already helped pay some medical bills in full and has launched “Campaign for Cayla” where proceeds from their completed jobs will go directly to Kayla’s MedGift account.
Cayla’s MedGift account can be found HERE
As far as the athletic part of his journey, Hanson was a 2006 state wrestling champion at Herbert Hoover High School in the 125-pound weight class and a standout football player for the Huskies.
Football brought him to Glenville State where he joined the Pioneers as a walk-on. By the time he graduated, he was a team captain. After a redshirt season, he had an immediate impact as a special teams player with a 26.9 yards per kick return average that was second in the nation for freshmen.
“So, Alex Amick was our kicker at Hoover and I was his holder,” Hanson said. “He ended up being the kicker at Glenville State, so my second year there I was watching the special teams go out and I looked over to a friend and said, ‘That was my kicker in high school, I should be out there holding for him.’ 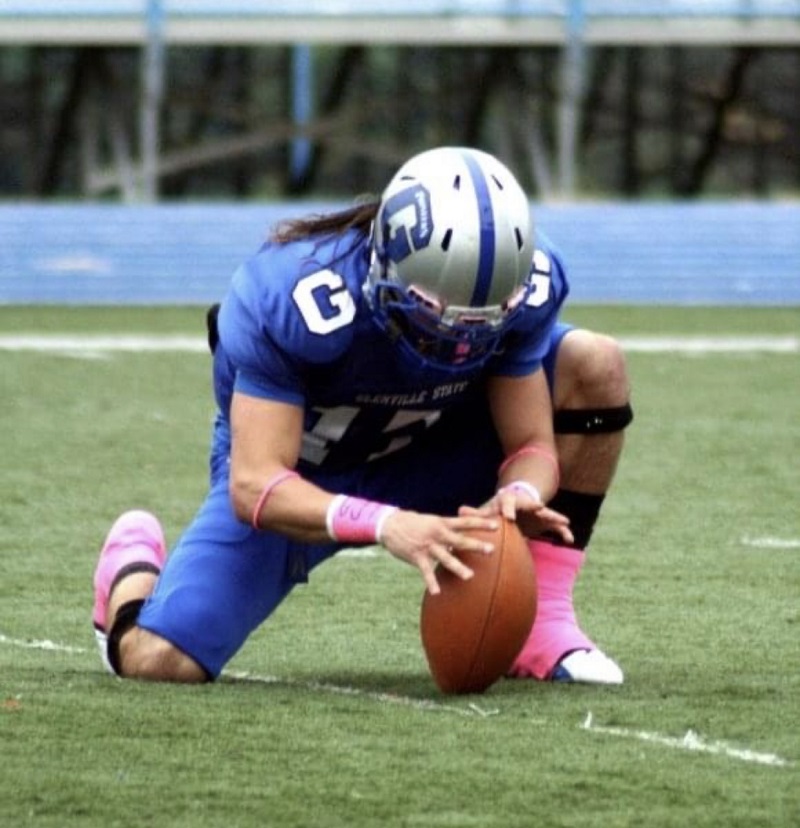 “I didn’t realize Alan Fidler, our head coach, was right in front of me. He turned around and said, ‘What do you mean?’ I sad, ‘Nothing. I didn’t say anything.’ He said, ‘What did you just say?’ I said, ‘I held for the kicker in high school.’ So he then says, ‘Well, get out there!’
“That’s basically my entrance to how I got on the field, then I started returning kicks and worked my way up from there.”
Like many who end up fighting mixed martial arts, Hanson’s adventures in combat sports can be traced to a boxing ring … even if he didn’t realize it right away.
“I started boxing in the summertime to stay in shape for football,” he said. “Down at Leon Ramsey’s Dawg House Gym. They would take football players and athletes and turn them into amateur boxers. One of my buddies kept saying everyday he was going to the gym. One day I finally said, ‘Alright, I’ll go shoot some hoops with you. He was like, ‘Dude, I’m not going to play basketball, I’m going to a boxing gym.’
“Alright, I’ll go box, and that’s basically when it started. I won a couple of Toughmans, won a couple of Rough and Rowdy brawls in Charleston. When football was over, that’s the transition that helped me fight MMA and kickboxing.
“With MMA I was head over heels the first time I tried. I saw a guy do it named Urijah Faber in the UFC, he fit my mold perfectly. It came natural, because with wrestling, you start standing up and with taking hits and giving hits in football I was used to the contact.”
At one point, Hanson was the nation’s No. 2 ranked amateur MMA featherweight and would go on to post a 54-6 combined record for his amateur/professional boxing, kickboxing and MMA careers including a perfect 11-0 mark as a pro kickboxer.
He said one of his most memorable MMA bouts came at Hard Rock Casino and Motel in Tulsa, Oklahoma where he fought in front of a crowd of probably 8,000 people, including world champion Jon Jones. 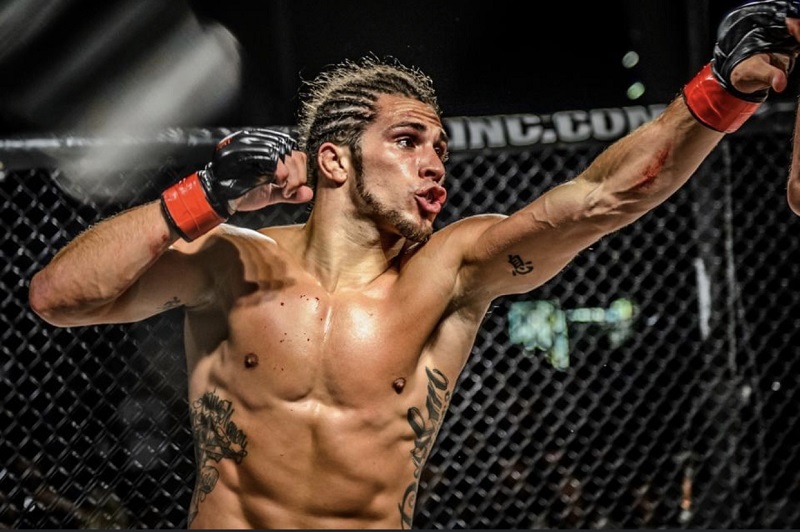 Hanson spent three years with Team Alpha Male in Sacramento. All three years he was there, they were voted the best MMA team in the world by the UFC. While there, he sparred every other day with world champion TJ Dillashaw and his roommate was former world champion Cody Garbrandt.
Although he has never officially retired from combat sports, his focus now is applied to other things, like North Central Building Solutions. He does however try to find time to give back to the sport whenever he can.
“I still personal train,” Hanson said. Not so much fighters, I don’t have that much time to put into it. But as far seeing kids that are struggling, maybe they don’t have confidence in a lot of stuff they do, maybe they are backwards, or getting beat up or bullied, I definitely have contacts I still work with.
“All that knowledge that I have accumulated through the years, it has helped me on the outside and the sport is engrained in me. If I wasn’t able to pass some of that along, that would be a big flaw in the whole martial arts system. The whole point of teaching someone is so they can hopefully go teach somebody else.”
And on top of everything else, Hanson is also a licensed massage therapist.
“When I was getting out of MMA and trying to find what I wanted to do, I actually went to massage therapy school,” he said. “I figured it was something to add to my resume as a personal trainer.
“I’ve got all kinds of stuff in that tool belt.” 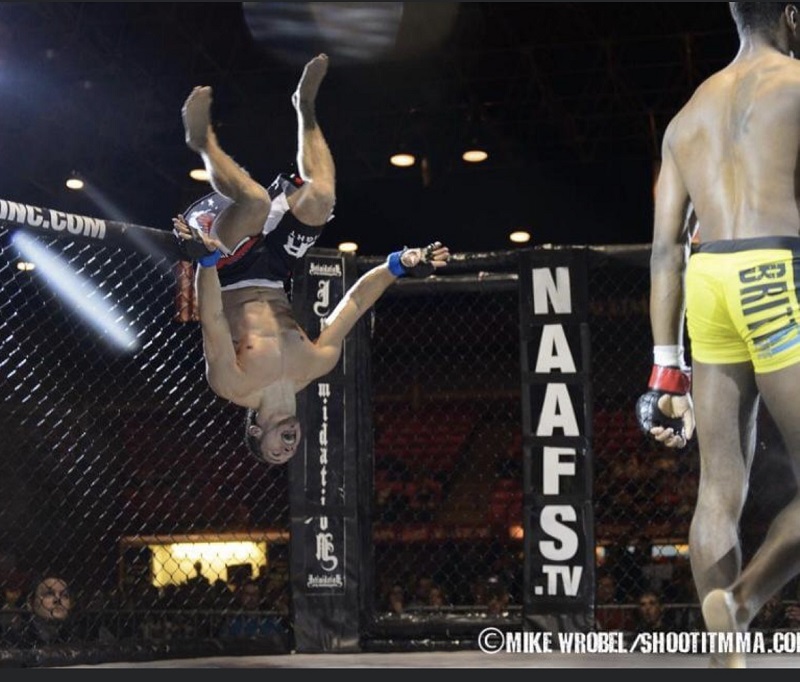 Perhaps the most important thing being competitive in sports can teach is the ability to get back up after you have been knocked down. Even with that impressive 54-6 record, I imagine Wes Hanson has been knocked down a few times — in and out of the ring.
It doesn’t matter if it is on the football field, a ring or running a roofing business, what we are often remembered for is what we do when we get back up and who we help along the way.
I’m not sure there is anybody who has lived and succeeded by that mantra more than Wes Hanson.
Editor's Note: Top photo and bottom two photos show Wes Hanson in action during his combat sport career. Second photo is of Wes on on a job for the new Bridgeport business he owns, North Central Building Solutions. Third and fourth photos are taken from him football days at Glenville State. All photos submitted.