A Little Know-Howe: Gibson Returns to WVU with 'D' Nationally Ranked; Offensive Changes to Greet Him

Week two for the West Virginia football team brought more questions than answers.
The Mountaineers were really never in the game last week that saw Missouri jump out to a 31-0 lead at the half.
Two early interceptions put WVU in a hole from which it could not dig out. Add in another anemic rushing performance and you can see why Neal Brown said earlier this week that there would be an open competition for some jobs.
Expect more changes along the offensive line today when West Virginia hosts North Carolina State. Briason Mays is a redshirt freshman from 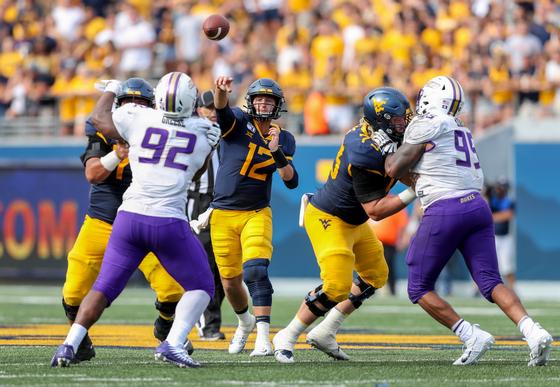 Tennessee. Brown said Mays will get a chance at the center position today. Mays will be the third center in just three weeks, joining Chase Behrendt and Josh Sills.
The middle of the WVU offensive line has been a major issue so far and you can see Neal Brown searching for anyone that can provide some help. Enter Mays today.
Leddie Brown, the sophomore running back from Philadelphia, is expected to return today as well. Given the lack of production from Kennedy McKoy and Martell Pettaway through two games expect Brown to get some snaps and for Alec Sinkfield to get a few more touches as well.
McKoy and Pettaway have also struggled in pass protection. Neal Brown has been very direct in calling out backs and receivers in addition to the offensive line when it comes to West Virginia’s blocking woes. Brown should help in that area.
North Carolina State arrives in Morgantown untested, but dominant. The Pack have not allowed a touchdown through its first two games against East Carolina and Western Carolina. NC State is fifth nationally in rushing yards allowed per game and total defense. On paper, this would seem to be another big challenge for the WVU rushing attack. 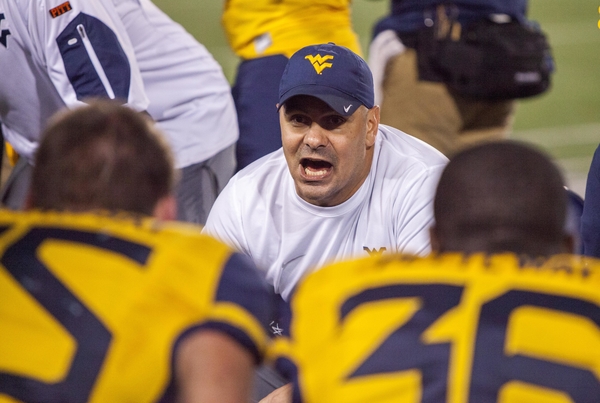 How will North Carolina State play as it hits the road for the first time this season with a very young team? There are 51 freshman on this roster. They feature three new starting offensive lineman, a new offensive line coach and a new co-defensive coordinator with a familiar name.
Longtime WVU defensive coordinator Tony Gibson returns to Mountaineer Field today. His arrival in Raleigh synced up with a move to an odd front defensive alignment (three down lineman). Gibson has worked in an odd front defensive scheme his entire career.
One specific matchup to watch: the aforementioned Briason Mays at center against North Carolina State’s nose tackle(s). A freshman center making his first start would always draw attention, but the Wolfpack will line up two heavy hitters directly across from Mays.
The starter is number 56, Val Martin is a 6-2, 297 pound redshirt junior.  He will rotate with number 29, Alim McNeil a 6-2, 315 pound sophomore. Missouri had a ton of success last week pushing the middle of the WVU offensive line straight back and collapsing the pocket. 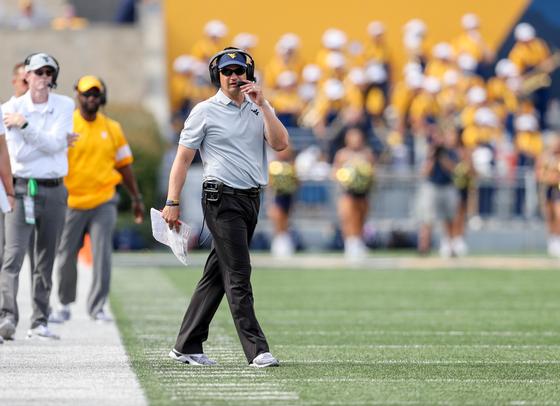 Expect the Wolfpack to try the same approach.
It will be a fun game atmosphere as WVU will hold its annual gold rush game, but don’t forget about the pregame activities. A new class of inductees will be welcomed into the WVU Sports Hall of Fame.
Former Mountaineer linebacker and longtime defensive coordinator, Steve Dunlap and John Thornton, long time NFL player with the Titans and Bengals, are two of the inductees with football ties. Add in Meg Bulger (the third Bulger family member to enter the WVU HOF) and it should be quite a day in the university city.
NOTE: For more on the North Carolina State - WVU game, I invite you to listen in to our nine hours of gameday coverage on the Metronews Radio Network. I will be joined by Hoppy Kercheval, Greg Hunter, Kyle Wiggs, Dave Weekley and former Mountaineers, Rasheed Marshall and Reed Williams. You can listen to our coverage beginning at 9am on radio stations throughout the state or by streaming live at MetroNews HERE.  Find your local affiliate HERE.
EDITOR'S NOTE: Top photo shows Austin Kendall getting pass protection from his offensive line where changes are expected todady. Middle photo, courtesy of WVU Sports Communications, is of Tony Gibson during his time in Morgantown. Bottom photo shows Neal Brown manning the sidelines at  the James Madison game. Top and bottom photos by Ben Queen of www.benqueenphotography.com.