A Little Know-Howe: Looking at What Kansas State Brings and Reasons to Start Doege at Quarterback

Well, where does West Virginia go from here?
One game after the best defensive effort of the year (vs Baylor) WVU turned in its worst performance of the Neal Brown era. Texas Tech scored touchdowns on its first five drives of the game as it jumped out to a 35-10 lead midway through the second quarter. Game over.
Now West Virginia heads to Manhattan, Kansas for a matchup with Kansas State.
Baylor has had a tremendous year up to this point, but the most surprising team in the league, in my opinion, is K State. First year head 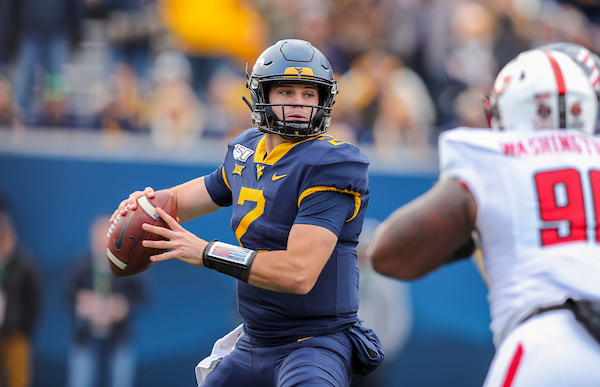 coach Chris Klieman has made the transition from legend Bill Snyder seamless. Not an easy task.
The Wildcats enter the game today at 6-3 and own the biggest win in the league this season...a 48-41 win over then number five Oklahoma.
When K State has won it has relied on an offensive line that features five seniors. In six wins, the Wildcats have rushed for an average of 248 yards per game. Quarterback Skylar Thompson has been very good as well. The junior will be making his 24th career start today and that experience has been evident in his decision making.
If West Virginia’s defense is going to bounce back after last week’s debacle it will have to show that in can slow down the Kansas State ground game. That’s no easy task for a unit giving up an average of 172 yards rushing per game, 9th in the Big 12.
Offensively, West Virginia moved the ball as well it has all year against Texas Tech last week. But the fifth best passing day in school history (498 yards) produced only 17 points.
WVU was just 2-5 in the red zone against Texas Tech. The red zone efficiency obviously must improve if WVU has any chance to steal a win today.
The other key story for the West Virginia offense today is the quarterback position. Last week brought the first appearance of the season for Bowling Green transfer Jarret Doege.
He was 11-17 for 119 yards and one touchdown on the day versus Texas Tech. Doege threw a nice ball and showed a glimpse of elusiveness as he spun away from a sure sack. 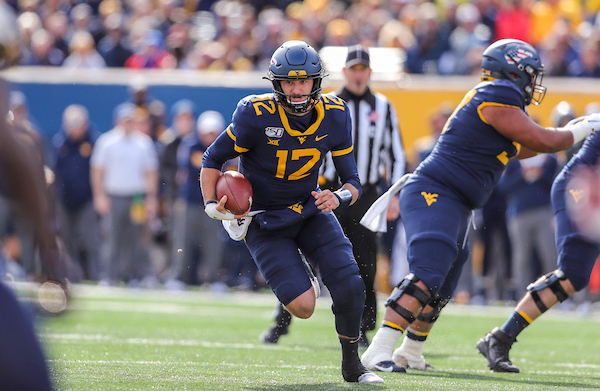 The question today is will he start?
I have said for a week now that if I were Neal Brown I would start Doege against Kansas State. Here’s why: you know what Austin Kendall gives you. You have seen Kendall play with a lead, from behind, in close games and in blowouts. His year one resume is in.
Now see what you have in Doege. By naming him the starter you give him first team reps in practice and meaningful snaps in a game against the opponent’s first team defense.By starting Doege today (and possibly for the final two games remaining after today), Neal Brown will get a head start on evaluating the quarterback position as they head into spring. Both Kendall and Doege will have put significant game snaps on tape.
If Brown chooses to start Doege today it doesn’t mean Austin Kendall has lost the job forever. In fact, I’ll be stunned if the “quarterback competition” doesn’t extend through spring and into preseason camp next August.
However, in the short term, I say give Doege the start and let’s see what he can do.
NOTE: For more on the WVU - Kansas State game, I invite you to listen in to our extensive, award-winning, nine and a half hours of gameday coverage on the Metronews Radio Network beginning at noon today.
I will be joined by Hoppy Kercheval, Greg Hunter, Kyle Wiggs, Dave Weekley, Fred Persinger, Joe Brocato and former WVU defensive coordinator Steve Dunlap.
You can listen on radio stations throughout the state or by streaming live at: WVMertronews.com
Editor's Note: Top photo of Jarrett Doege and bottom photo of Austin Kendall by Ben Queen of www.benqueenphotography.com.