After Four Decades of Umpiring Games in City, across State and Beyond, Local Ron Whiting to Step Down

In this report from MetroNews, ask veteran umpire Ron Whiting about his recent decision to step away from calling balls and strikes for high school baseball games around West Virginia, and he will immediately pivot to discussing the differences between 2-man, 3-man and 4-man 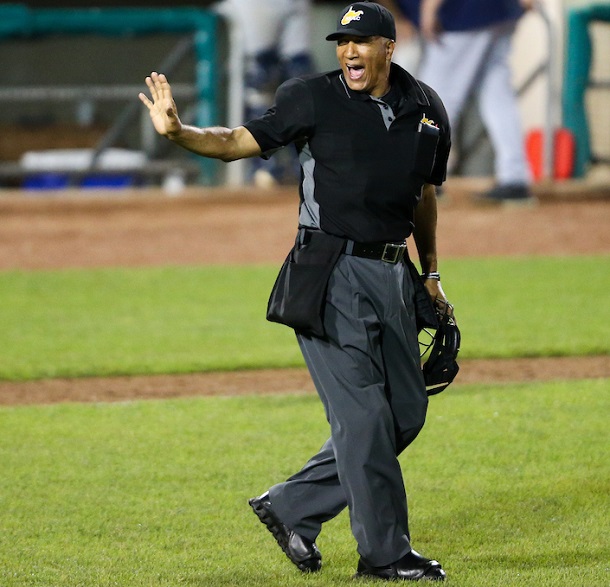 umpiring crews.
That is certainly appropriate for those in a profession where the goal of an umpire is to blend seamlessly into the fabric of the game, rather than to stand out and draw attention. After four decades in high school baseball, the 60-year-old Fairmont native was on the base paths for the final time in the Class AA state championship game at Appalachian Power Park in Charleston between Frankfort and Bridgeport last month.
“It was just time. It was time to step away and give somebody else those (high school) slots. It was emotional to work that last game. Not a lot of people knew it. Now I will be helping other people get better at the game,” Whiting said.
Whiting will still be a fixture in high school umpiring circles. He will remain heavily involved in training younger umpires through the WVSSAC and his annual ‘Elite Umpire Clinic’ in Morgantown.
Click HERE for the rest of the story.
Editor's Note: Photo is from Ron Whiting's last game that featured Bridgeport and Frankfort in the Class AA state title game. Photo by Joey Signorelli of www.benqueenphotography.com.