The West Virginia Specialist Combine will be held on Saturday, July 31 at Robert C. Byrd High School.
Registration begins at 10:30 a.m. and the event will begin at 11 a.m. and will conclude at approximately 2:30 p.m.  The combine is open for all current and incoming West Virginia high school kickers, punters, and snappers.  The cost to attend is $175. 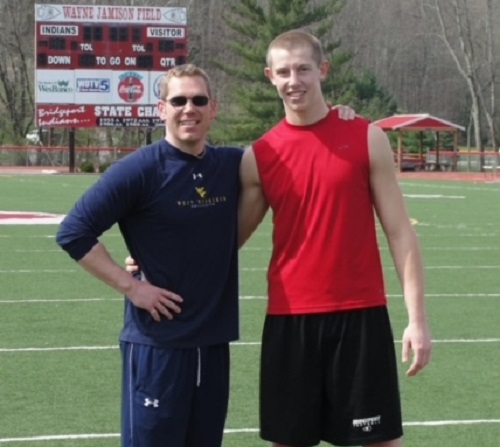 The combine will be ran by National Kicking Rankings (NKR) Regional Coach/Camp Director Matt McCullough, also a Bridgeport resident. The camp is co-sponsored by Coalfields & Co.
The combine will be the fifth NKR event lead by McCullough in West Virginia and his sixth overall. NKR regularly runs events across the country, typically near metro areas such as Dallas, Houston, Atlanta, New Orleans, to name a few. However, McCullough has made it his mission to create NKR events within his home state.
McCullough created the idea of the West Virginia Specialist Combine as a way to continue the quality development of state high school specialists by giving them an opportunity to compete and showcase their skills against each other, while at the same time creating the opportunity for statewide and national exposure to increase the likelihood of college recruitment.
Coalfields & Co. is active in the promotion of West Virginia high school players by creating preseason and postseason player rankings in each class which is why McCullough sought their sponsorship. Coalfields will have a representative on hand observing the combine.
Each player participating in the combine will receive a highlight video of their performance during charting and competition portions of the combine, which will be posted on the NKR YouTube channel.  Players will also receive an online Player Profile on the NKR Web site.  All players will be ranked by their graduation class in the NKR National and State Player Rankings.  Awards will be given out to the top field goal kicker, kickoff specialist, punter, and snapper in each graduation class.  A Top Overall Specialist will be named for the top performer at the combine regardless of graduation class. 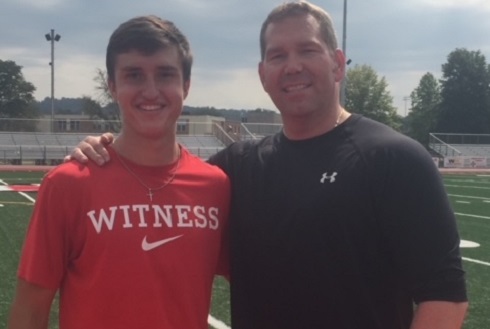 McCullough will serve as the camp director. McCullough is a native of Parkersburg. McCullough spent three seasons as a kicker for West Virginia University, 2000-2002, and one season at Fairmont State, 2003.
McCullough has been coaching kickers/punters for more than 20 years. In the upcoming 2021 college football season, McCullough will have 21 active kickers/punters he has coached playing across all levels of college football.  This is the most players to date that McCullough has had playing in one college season.
Joining the staff at the combine will be former West Virginia University kicker and Ripley native Mark Johnson, former University of Kentucky kicker and Ripley native Brian Johnson, former NFL and West Virginia University snapper and Bridgeport native Tim Lindsey, current NFL hopeful and West Virginia University snapper and Morgantown native Kyle Poland, current Cornell punter and Bridgeport native Koby Kiefer, and current Marshall University punter and Morgantown native John McConnell.
Interested players can register by going to nationalkickingrankings.com and clicking on the Upcoming Camps tab.
Editor's Note: Photos show two former Bridgeport kickers who both went on to punt at the Division I level. Top photo shows Matt McCullough with Connor Kornbrath, who played for Iowa, while current Cornell punter Koby Kiefer is shown below.