By Connect-Bridgeport Staff on September 21, 2022

Craig Carey, an assistant coach at Division I West Virginia, has been named the interim head coach at Indiana University of Pennsylvania.
Carey replaces Tom McConnell, the winningest coach in program history, who retired in July after nine seasons and 197 wins.
"I'm extremely excited and humbled to lead the IUP women's basketball program," Carey said. "Thank you to Todd Garzarelli and the administration for this opportunity. I also want to congratulate Coach Tom McConnell on his well-deserved retirement and for setting the 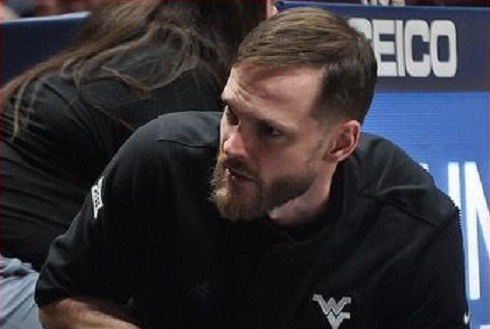 precedent for IUP women's basketball. I'm looking forward to meeting the team and getting straight to work to carry on the success of this program."
Carey is the son of Mike Carey, the longtime head women's basketball coach at WVU.
"Craig comes from a great basketball family and has a vast knowledge of the game and recruiting," said Todd Garzarelli, IUP's director of athletics. "He comes to us highly recommended by several respected coaches, and we are excited to bring him aboard to run our women's basketball program."
Carey will hold the interim tag for one season, and then the job will be opened next spring and a national search will begin. Garzarelli said Carey will be considered for the full-time job if he is interested.
A native of Clarksburg, W.Va., Carey was an assistant for his father from 2015 until Mike Carey retired following the 2021-22 season. Before his stint as an assistant coach, Carey worked on the team's support staff, responsible for several things, including video coordinator and camp counselor.
"I expect to put a team together that plays fast-paced and is aggressive on both ends of the floor," Carey said. "We want to bring physicality to the game with an exciting up-tempo style."
A 2012 graduate of West Virginia, Carey played on the men's basketball team for one season and held several positions as a student worker and practice player for the Mountaineers. As a student worker, Carey assisted with office duties, provided information per NCAA and Big 12 regulations for recruitment and assisted with recruiting visits. He played for coach Bob Huggins as a member of the WVU men's basketball program during the 2010-11 season.
Carey is a two-time graduate of West Virginia. He earned a bachelor's degree in criminology in 2012 and a master's in sport management in 2015.
Mike Carey retired in 2022 after 21 seasons of leading the WVU women's basketball program. He won 462 games and took the Mountaineers to the NCAA Women's Tournament 11 times. His teams won 20 or more games 14 times.