In this report from MetroNews, for the last 25 years, the Super Six has been synonymous with Wheeling Island Stadium.
The state’s three high school football championship games will again be held in the Northern Panhandle this year, but that could be changing down the line. 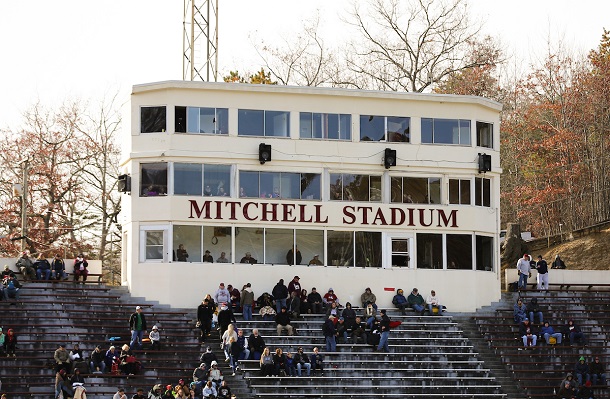 Former state Del. Marty Gearheart has helped formalize the Super Six South, a group attempting to bring a rotation to the state high school football championships that would allow Mercer County to host them every other year.
“This part of the state has a long football tradition,” Gearheart said Tuesday morning on MetroNews Talkline. “The teams here for the last 20 or so years have had to travel a good bit to compete in state championship games.
“We feel we can do a great job hosting the tournament and to give the southern half of the state an opportunity to be a little closer to the games. The teams wouldn’t travel quite so much and bear such an expense to go to the northern part of the state.”
The Super Six South’s plan calls for the high school football championships to rotate annually between Wheeling and Mercer County.
The Super Six South sees the potential to play Friday night’s Class AA title game at Hunnicutt Stadium, a turf surface that is the home field for Princeton High School. The Class AAA and Class A title games on Saturday would be held at Mitchell Stadium, a 10,000-seat historic venue that both Bluefield High School and nearby Graham High School (Va.) use for home games.
Click HERE for the rest of the report.
Editor's Note: Photo of Mitchell Stadium prior to start of the 2018 Class AA semifinal between Bridgeport and Bluefield by Joey Signorelli of www.benqueenphotography.com.