As anticipated, with wins across the board there was no change in this week’s edition of the MetroNews High School Football Power Ratings Class AA top five. Because of that, as anticipated there is a top five battle brewing for Friday night at Wayne Jamison Field. 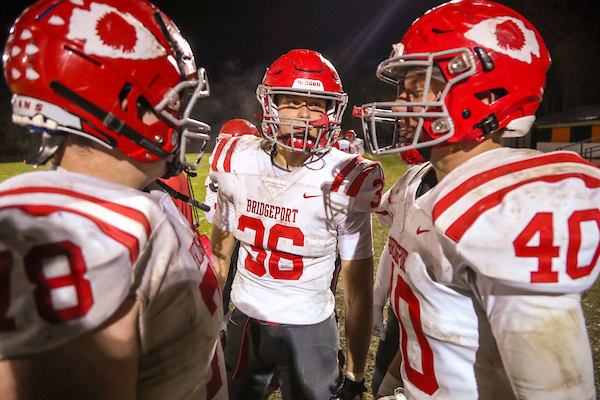 Bridgeport, following its 49-14 win against Elkins, remained in the No. 5 spot in the standings. The Indians are 7-1 on the year.
Remaining in the No. 3 position this week is Keyser. The Golden Tornado moved to 7-0 with a 49-0 win against Allegany (Md.), which incredibly marked their sixth-straight shutout victory.
If Bridgeport hopes to win, it absolutely has to snap the shutout streak Friday night. The two teams square off this coming Friday in a 7 p.m. contest at Wayne Jamison Field.
While that is the high-profile matchup of the week, there are two teams ahead of KHS in the ranking – and they’ve been there all season. Defending Class AA state champion Fairmont Senior is 7-0 and a unanimous No. 1 in the 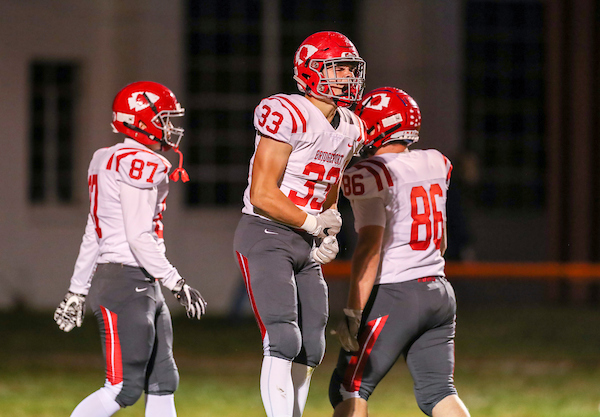 voting of 18 radio broadcasters and sports writers from across the state after a 56-0 pasting of Robert C. Byrd.
Bluefield is in the No. 2 spot with a 6-1 record following a 35-7 win against Tazewell (Va.). The Beavers visit Oak Hill Friday.
The only other team in the top five is Poca at No. 4. The Dots are 7-0 and are coming off of a bye week and will host Scott Friday.
No other local teams are ranked. However, North Marion and Liberty are both the first two teams, respectively, in the “also receiving votes” portion of the poll.
Martinsburg, which has won an almost unthinkable 50 straight games, is No. 1 in Class AAA. Doddridge County is No. 1 in Class A following a 33-0 hammering of Ravenswood. The 7-0 Bulldogs host Valley Wetzel this week.
Click HERE for the complete rankings.
Editor's Note: Photos from Friday's win vs. Elkins by www.benqueenphotography.com.