By Connect-Bridgeport Staff on September 11, 2019

According to MetroNews, sophomore defensive end Taijh Alston’s season is done after only two games for West Virginia. 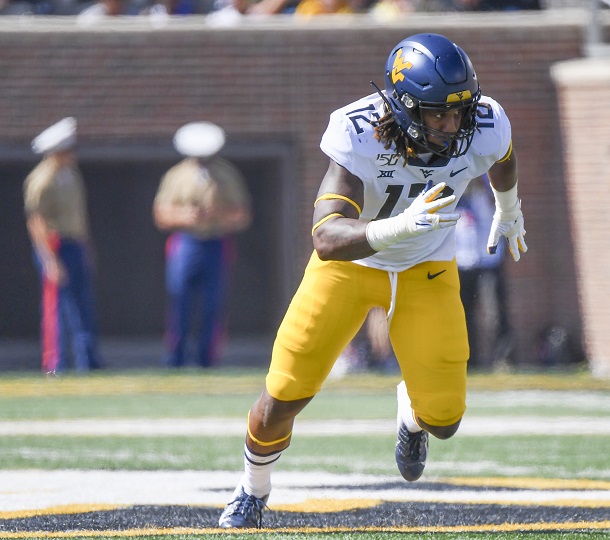 Coach Neal Brown announced that Alston underwent surgery for a torn patellar tendon on Monday.
Alston was injured on a block in the back against Missouri. His knee buckled when his weight shifted after he was blindsided by a Tigers offensive lineman while pursuing quarterback Kelly Bryant. No penalty was called on the play.
“It’s unfortunate for him,” Brown said. “The block on him was fine, I wouldn’t deem it a dirty play by any means. Just one of those things that happens.”
Alston was a breakthrough player for the Mountaineers in spring practice, and the coaching staff had high hopes that he would be one of the top contributors for the WVU defensive line.
Click HERE for the rest of the report.
Editor's Note: Photo of Taijh Alston courtesy of WVU Sports Communications.