From the Bench: For First Time in Years, CC Program at BHS has New Coach - and He's No Stranger

When Jon Griffith took over the Bridgeport High School cross country program back in 2010 after serving as an assistant for two years, the person who would ultimately be one of his most trusted assistants during that time frame was long gone from the high school.
The good news was that the trusted assistant just happened to show up one day at practice. The better news was – and he does not remember how – he ended up getting a position as an assistant with Griffith for cross country and also on the track program Griffith coached for more than 30 years. 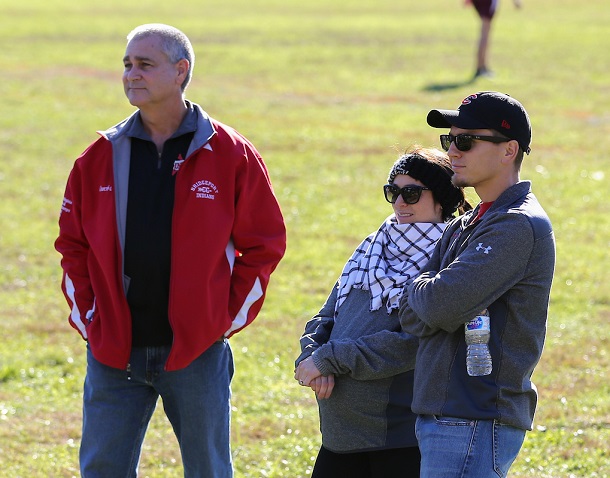 When Griffith announced he was stepping down from both programs in early 2021, the impetus was to get a boys’ track coach first. And that was filled by former assistant and BHS standout Grant Burton.
Now, the cross country program has been filled by another former assistant – the same one that has been with Griffith for roughly a decade.
Recently, Nathaniel Lutyens was officially named the new cross country program at BHS. The Board of Education approved the recommendation by the school’s administration to make it legitimate.
The hiring should be good news for a program that, for years, averaged more coaches coming and going that it did sometimes getting athletes to compete in the state tournament. All of that changed under Griffith, who after assisting for a couple of years, began a decade long run of success that saw the boys win multiple state titles and runners-up and the girls’ team consistently in the top 10 in the state as well.
Lutyens, a 2006 Bridgeport High alum, was there for nearly the entire duration of Griffith’s run as a head coach. Lutyens, who moved to the city in middle school, started shortly after Griffith started following his graduation from West Virginia University.
“I moved back here in May of 2010 and had popped in to visit Coach Griffith and (then head) Coach (Steve) Reed and from there, I don’t 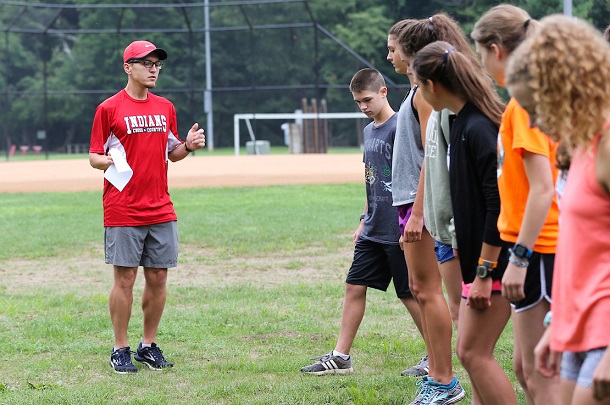 know how it went down,’ said Lutyens with a laugh. “I don’t remember if I was asked to assist or I asked to be an assistant, but I ended up there and now I go from assistant to head coach.”
Lutyens had more than being an alum who ran cross county his junior and senior years for two coaches at BHS as well as running track for Griffith going for him. He also had some assistant coaching experience from Morgantown High School during his time at the University.
There was also another thing Lutyens was bringing with him. But it was more of a benefit for him, as he was looking to get involved with the school system as he was starting up the Young Life program. Today, he works for the ministry of Young Life, and serves as the area director for Harrison County.
“I was a Young Life leader in college at the time I got involved volunteering at Morgantown High School and I enjoyed it. That just kind of led me down to the track and it just kind of happened,” said Lutyens.
Now, what has happened is that Lutyens is replacing a man who is one of just two coaches to win state titles in multiple sports at BHS in Griffith, including a trio with cross country program – all boys. Lutyens knows he has big shoes to fill.
“Griff was well aware of the fact that I never wished him away. I was perfectly happy being an assistant, but I figured his leaving was coming,” said Lutyens. “He had been saying for a few years he didn’t know how much longer he had so it has been in my head.” 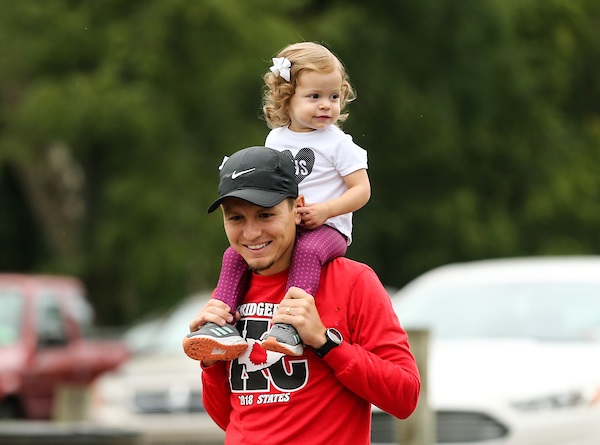 What else is in his head is just how Griffith ran a successful program. And he is not going to make major changes to a system that works.
“There will be a lot of familiarity in terms of how to run a team and how to communicate effectively and motive, how to organize and be on top of things. I learned a ton of those things from him,” said Lutyens. “One thing I’m good on is the sport itself. Griff and I learned to coach distance a bit together because before he took over, he coached football during cross country season and coaches sprinters primarily in track.
“We worked on a lot of what you see together, but it was Griff who had to make the final decisions. Now, that’s my responsibility,” he continued. “What I do know is for those coming back and those coming out is that things will look very similar.”
Lutyens said he has talked with most of those who should be back next year. Particularly, he has had conversations with those running track in the distance events, where he assists that program on both the boys’ and girls’ sides with Grant and Ali Burton, who coach both, respectively.
“The ones that are out seem pretty fire up, which is a good sign,” he said.
Although nothing is finalized, Lutyens said he hopes to see his wife Gina helping out along with Chad Gruber. And there will be a couple other familiar faces at practices and meets and the Lutyen’s two children – Jimmy, 4, and Elsie, 2 – will make a few appearances.
“I’m very excited to step into it and continue to do a lot of things I’ve been doing and excited to see what will happen and how things will transpire,” said Lutyens. “We have some talented athletes coming back and hope to build a strong team next year and keep a strong program going well beyond.”
Editor's Note: Nathanial Lutyens, far right, is shown with former BHS cross country Coach Jon Griffith and wife Gina at a meet, while he's shown addressing athletes during a practice session in the second photo. In the bottom photo, some of the family will make appearances at meets and practices. Photos by Ben Queen Photography.