From the Bench: Open Letter and Plea from Dejected Fan to Pittsburgh Pirates Owner Bob Nutting

Dear Mr. Nutting,
You don’t know me personally. You should know me, however, in a sense. I’m a Pirates fan and have been since sometime shortly after I was born in 1968.
With you owning the team, you certainly should know your fans. Here’s the issue. I’m not so sure you do, and the real problem is I’m even less sure you care how any of us feel.
Baseball is personal to us. We invest our time in it and it’s actually become part of who we are. Again, I’m not sure you care. Actually, I’m certain the chances of what I'm about to write impacting any part of your being is of odds worse than those projected at a $500 million Powerball lottery. 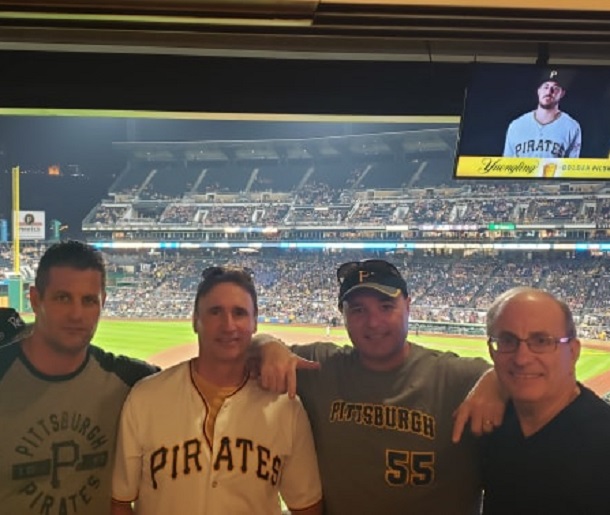 I realized just how sad things were when reading an obituary recently. I can’t remember if it was local or if someone shared it with me. In the obituary, and I’m paraphrasing from memory, it said the young man “loved to watch the Pittsburgh Steelers, which brought him significant joy.” It followed with “he loved to watch the Pittsburgh Pirates, which brought him significantly less joy.”
I imagine the young man had a good sense of humor. I also imagine that it was a pretty deeply held love for a team that made him and/or his family to include in the article announcing his death that the Pirates were no longer a joyful part of his life.
Again, I assume you don’t care.
I attended one of your games recently, for the first time in three years. At the time of this writing, August 12, it was the last time the product you put on the field won a game – by an 8-4 count against the Mets on a beautiful Friday evening inside beautiful PNC Park.
In the interest of full disclosure. I didn’t pay for the ticket. While I may break my vow, I’ve promised not to buy another ticket (if I go it will be free or from a scalper or a secondary market) until you either opt to put the team up for sale or opt to spend money to improve your organization that needs improvement in ways I can’t even describe and, worse, I don’t believe you can do either.
Outside of the Dollar Hot Dog night that was in place, which I believe benefits the licensed concessionaire, nothing financially went your way and ended up in your pockets. One sad part is that I actually felt dirty being there because I thought I was helping you out to perhaps 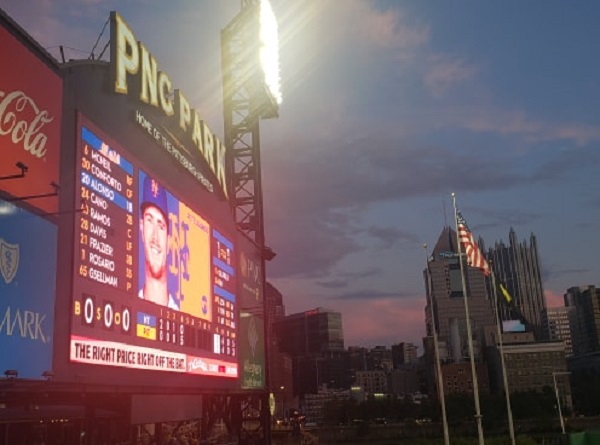 buy another newspaper or ski resort. I felt I was enabling the person who has become the single most despised individual in Pittsburgh sports history.
The really sad part was that I realized after the game was over, I didn’t watch much of it. I spent the majority of the time fraternizing with others in our group for a nice evening of discussion on topics of the day and the Pirates weren’t generally at the top of the list. That’s a hard feat to pull considering the team you’ve placed on the field was in front of us.
Here’s the thing, this club may go on and win the next 10 games after I write this. You may actually hold someone accountable in the organization from the very top to the very bottom and make changes.
Although I think the chances for either are remote, you’ve lost the fans. Worse than that, you’ve lost an entire city who sees you as nothing more than a man with plastic in his hand and sees the fans as his own personal ATM.

That’s hard to swallow. It’s even harder knowing of your wealth that grows as fast as the team becomes irrelevant.
I get it. You’re a business man. The goal is to make money.
Here’s what you don’t get. Baseball teams, heck, all professional sports teams are part of the public trust. It’s a trust you’ve broken so many times it can’t be calculated. Your team, as well, plays in a public stadium that has funding through the taxpayers of the City of Pittsburgh. 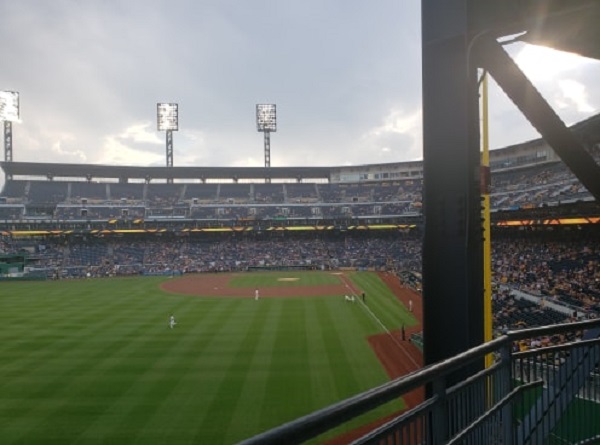 You owe them better than bobblehead and fireworks nights. You owe them a team that knows the finite rules of the game and the basic ones. Knows how to slide. Knows not to block a base path. Knows to back up position players on defense. Knows not only how to bunt, but when to bunt. Knows to not let fly balls drop because someone doesn’t call someone off. Knows just about all the basic stuff you should have down by the time you exit Little League.
The team isn’t just playing bad baseball right now. It’s historically bad. And it’s historically bad after being 2.5 games out of first place at the all-star break.
I may be writing this on my weekly sports blog, but I’m no writer that covers the Pittsburgh Pirates. I am a fan and I and thousands of others who have spent a great deal of their lives following a team we want to love.
You’ve made it impossible because you don’t care about anything except the bottom line and the team isn't healthy. The bottom line is healthy, and all is well.
Hopefully, by the time this is live on the Web site you’ll have made some moves. The group and I of frustrated fans that gathered earlier this month would be able to feel some relief instead of anxiety any time we switch on the Pirates game to be treated by a late-inning meltdown, early-inning fiasco or some other “haven’t seen that before” moment.
I’m hopeful because hope is all I’ve got left. And that tank is running on fumes.
Do us a favor and do what’s right. Give it up Bob. You’ve got more than a billion reasons you can afford to do so. You’ve also got one obituary that should let you know it’s time do so as well.
As for my own obituary, it will arrive before the next Pirates postseason, postseason series win, World Series appearance or any Pirate making it to the Hall of Fame. The only good news is that if you stay Bob is that I could live to 100 and it’s looking pretty good that none of what I’ve listed in this paragraph will happen in the next half century.
I’d be only too happy to eat crow and see you prove me wrong. I’m betting I won’t be eating crow any time soon. It’s almost as sure as you not caring.
Sincerely,
A dejected and wore out Pirates fan
Editor's Note: Top photo shows a foursome of dejected Pirates fan who enjoyed one another's company that you may know. Shown, from left, Andrew Banko, David Mazza, Blogger Jeff Toquinto, and Jim Christie. The bottom two photos are a couple of view of beautiful PNC Park.