From the Bench: What's Next at Jamison Field? Early Details of Six Figures of Improvements Revealed

It’s not as if there aren’t any improvements taking place behind the entrance to the Wayne Jamison Field sports complex. Whether it’s for track, football, baseball, soccer or any other use that the facility sees, there is maintenance work being done.
What isn’t being done for the first time in a few years is a project of a significant magnitude. There is no installation of a brand-new 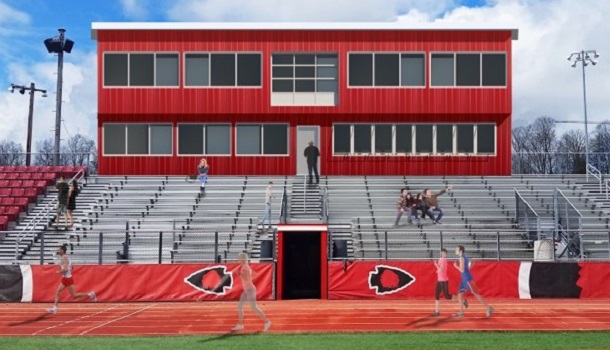 restroom facility. No redoing of the turf. The six-lane all-weather track isn’t being replace and a new track timing building isn’t being constructed.
That’s not necessarily bad news. The good news is that plans are in the works – serious plans – for what will likely be another six-figure project at the complex and one that could replace the remaining eyesore for the entire facility.
“We hope to completely renovate and improve our press box,” said DeMotto. “There are definitely some issues with it, especially the roof. We’ve got various issues, including some rotting wood that we believe is a clear sign it’s time to move this project forward.”
By renovation and improve, DeMotto isn’t simply meaning getting rid of the drop ceilings inside. It’s not splashing a coat of paint on some of the old paneling, putting up drywall in a few areas and perhaps a new window air conditioning unit. 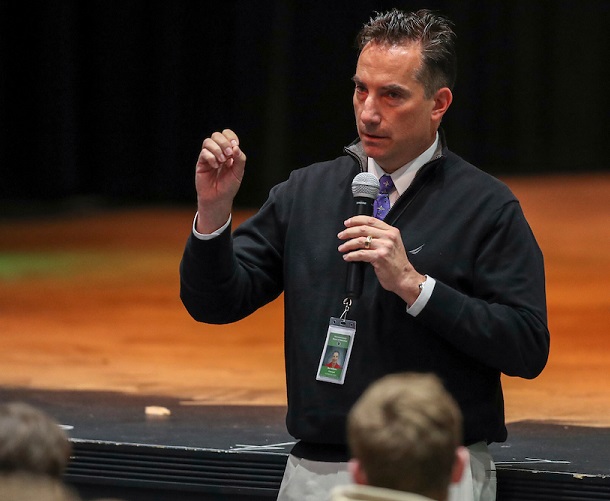 Instead, DeMotto said the work will be full throttle. The finished product will look new, improved and even bigger if all goes as planned.
“We would like to go two levels to the press box,” said DeMotto. “In the top level, where coaches and camera people would stand, they would be inside in the future as part of a new second level.”
There’s more.
“We also envision an area where boosters can purchase a seat in the press box to help annually with fundraising efforts we do to provide much-needed dollars. The seats, in concept, would be similar to the reserved seats we sell in the stadium,” said DeMotto.
And there’s even a little bit more.
“We also would like to tie in improvements to our weight room. Anyone involved with prep sports will tell you how important a weight room 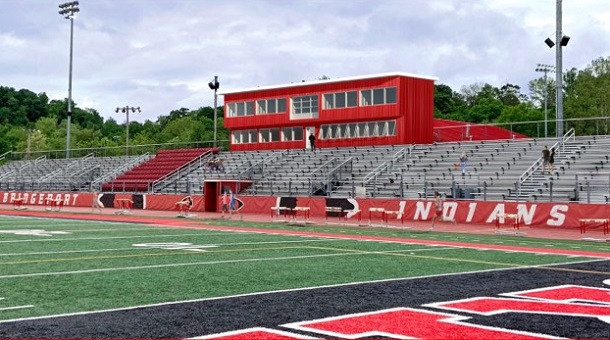 is to an athletic program,” said DeMotto.
The weight room may actually do something the press box can’t do – help the Indians keep being consistently competitive and above average on various athletic fronts. Still, the press box is a pressing issue that actually goes back to the waning days when Mark DeFazio was principal, and he pointed more than once to getting it started.
“An improved press box doesn’t win games, but all things wear down and we’re now to the point where it needs to happen,” said DeMotto. “We would like to, and plan to, 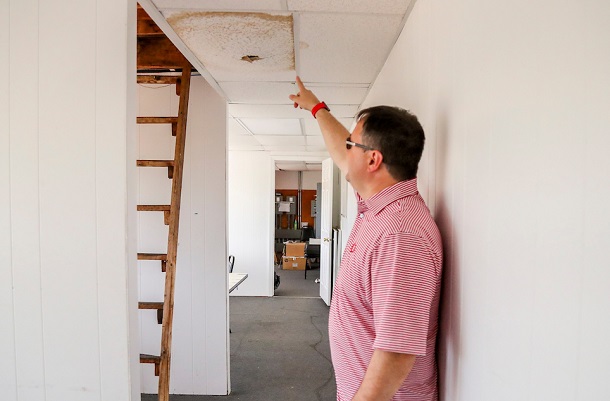 combine it with the effort to renovate and upgrade the weight room.”
DeMotto said with the weight room attached to the press box as part of the field house structure it only makes sense to do them at the same. And it makes sense even though it is something that adds to the bottom line cost.
How will the dollars be raised?
DeMotto said that’s a work in progress. Also, the official date of starting the effort to raise funds and even collect them is in the “progress” stage. The goal, at this point, is to get the community excited and to potentially find someone – individually or on the corporate front – to be a financial lead in 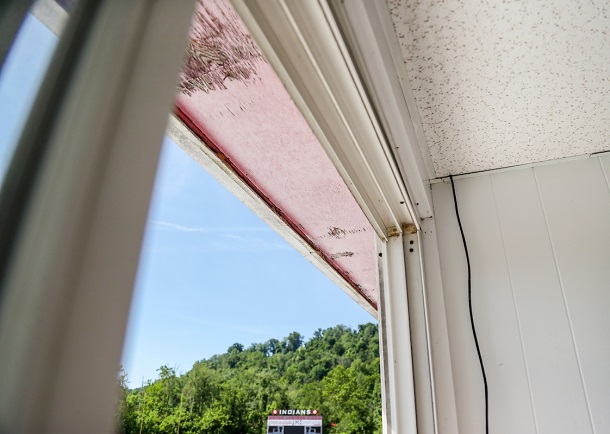 this endeavor.
“When we start the effort to raise the capital needs for this, we’re going to involve the stakeholders. Certainly, we’re open to larger donations for name recognition on the press box or weight room in some capacity and there will likely be some fundraising events that will take place as well,” said DeMotto. “I think those familiar with the facilities in this community know it’s time. The good news is the community has always come through to assist.”
If you’re one of those members of the community that may be of the “large donation” variety with an interest, DeMotto said he’ll welcome a conversation. He can be reached by calling the high school at 304-326-7137.
Don’t fret if he’s not there. Leave a message or call again as the project may be moving ahead, but it’s still in the infancy stages. It’s time, however, for Bridgeport to do what it always does when a project is in the infant stage. And that’s be the village to turn the infant into a full-fledged adult.
Stay tuned for more in the months ahead.
Editor's Note: Architectural drawings courtesy of The Thrasher Group, while Principal Matt DeMotto is shown in the second photo. Bottom tow photos show Travis Jones pointing out water damage and some of the wood damage that permeates the structure. Bottom two photos by Ben Queen of www.benqueenphotography.com.