This past week the Annual Professional Assistants Luncheon was revived after being dormant for several years.  The luncheon was held at 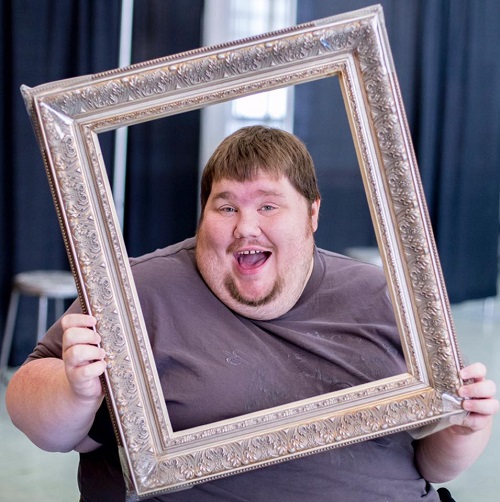 the Uptown Event Center and was sponsored by the CVB, Deep Well and the P W A of Harrison County.  Approximately 70 people attended the luncheon.  Ben Queen served as the MC.  A welcome was extended by Clarksburg Mayor Kathy Goings and Jason Young from Vintage Theatre Entertained the group during lunch.  Each assistant was presented a gift from the sponsors of the event. Many local merchants donated gifts and they were given as door prizes to the assistants.  The luncheon was prepared by the PWA and was served by employers of Kohls who are enrolled in the community program, Kohls Cares. The offer grants to local non-profits who apply for a grant. It is the plan of the CVB and the PWA to continue this luncheon on a yearly basis to recognize those assistants who are so important to our local businesses.  For information or to become a sponsor contact Elinda Carson at 304-624-6881.
The Annual Spring Gala which is the official opening event of this year’s WV Italian Heritage Festival was held on Saturday evening at the Village Square Conference Center. The purpose of the Gala is to present the young lady who will reign as Regina Maria 41 and her court.  It was announced that Isabella Rose Leon of Fairmont will reign over this year’s festival.  Serving as maid of honor is Hannah Davis from Clarksburg.  Also presented were the princesses, the minor court and the junior Court.
Miranda Quinn Lang, Regina Maria 40 was escorted into the ballroom by her father, Andy Lang.  She was attired in the traditional green gown of the outgoing Queen.  She addressed the audience conveying to those present just what it meant to reign this past year.  Miss Leon attired in the traditional red for the reigning queen, was escorted into, the ballroom by her father and was met on the stage by Miss Lang who presented her with the gold medallion, an outward sign of the young lady who, will be crowned at the opening ceremony on Labor Day weekend. She delivered remarks, especially thanking the committee for choosing her for this honor.  A dinner, dance followed the announcement.  Tyler Terrango is the WVIHF Board Chairman.  Serving as MCs were Mary Vargo and Benjamin Defazio.  The Queens committee chairman is Rose Mazza. Amici furnished the music for the dance.
Plans are being finalized for the Celebrate America Women of Distinction luncheon which will be held at the Uptown Event Center on Friday, June 7.  Ten local women will be honored.  The event is open to the public and reservations can be made by calling the PWA.
Spring is here.  Be sure to make plans for your gardens.  Keep in touch and until next week "Now You Have Heard It Through The Grapevine."