So what do Clarksburg's Dennis Mazza and actors Robert Duvall, James Cann and Francis Ford Coppola and the City of Bridgeport have in common? On the surface, they have nothing at all in common. For purposes of this blog, they have plenty.
If this sounds like a stretch for a blog topic, please bear with me. This is going somewhere. In fact, it’s going back to 1969. 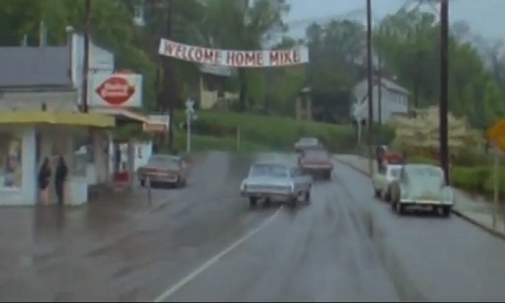 First, however, it starts with today’s social media world that we live in and our good friend Facebook. Several years ago, I was browsing my Facebook news feed and Dennis had posted a comment related to memories as they related to the few existing drive-in movie theatres that still remain in the area as well as the non-existent ones.
Today, we have the Ellis Drive-In in Shinnston. Years ago, there was also an Ellis Drive In situated in Bridgeport in the area where Wilson Martino Dental and the Tom Davis Garden Center sit today.
And there were others. Among those outside of Bridgeport that I can recall was the infamous Park Drive In and the legendary Skyline Drive In on U.S. Route 19 heading toward southern Harrison County. Skyline was legendary for more than just having the coolest playground ever for an outdoor movie complex. It was legendary for reasons I’m about to discuss.
For whatever reason, as soon as I saw the post, I was reminded of the movie “The Rain People.” The movie was released in 1969 and I was told years ago that I needed to rent the VCR tape and watch it – the entire thing. With not much on the social docket at that time, I agreed. 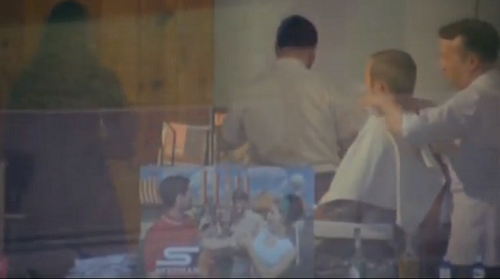 While I found the movie to be less than entertaining, I remember a section of the movie where I saw what looked to be a person driving through downtown Bridgeport, when the Dairy Queen was situated on the opposite side of U.S. Route 50. I stopped the tape and rewound it.
It was, in fact, downtown Bridgeport. This was the reason I was told to watch the entire movie. What followed was a few minutes of being completely dumbfounded. Although I found out later the next scene showed a young James Caan getting his hair cut in the lobby of what I thought was the Waldo Hotel in downtown Clarksburg (a historical friend says otherwise), the very next scene was obvious.
Caan and his female co-star were driving into the Skyline Drive In. Think about those few moments of film. James Caan and Robert Duvall starred in a movie that shows Bridgeport, Clarksburg and another prominent section of Harrison County.
The International Movie Data Base (IMDB.com) actually lists the primary filming location as Clarksburg, West Virginia. And it gets better.
After arming Dennis with the information, he pulled up the entire video on Youtube (see below) and a very lengthy and interesting conversation started. Another friend of mine, William Sauerwein, said the haircut was not only in the old YMCA building on Pike Street, but Frank LaCaria 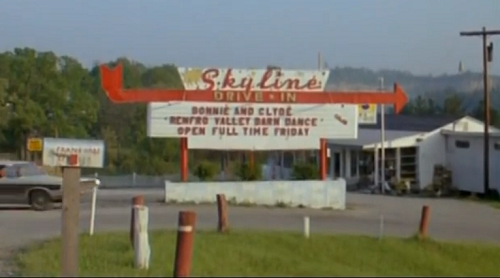 was cutting the hair. Saurwein posted that LaCaria’s son told him they were actually paid $7 to be extras in the movie at a time when a haircut was $1. Another friend Mark Starkey said that son is still cutting hair in Clarksburg today.
Want more?
Another friend, Michael Perri, who is deeply immersed in the arts, wrote on the exchange of comments that George Lucas was actually involved in the film and that parts of it were also filmed inside what is today the Robinson Grand Performing Arts Center in Clarksburg. I went back to the Web site and there, in the “other crew” section it lists George Lucas as a production association. Yes, it’s THE George Lucas of Stars Wars fame.
About the only way to even get on par with Coppola would be to bring up the name Lucas. Both of those folks were here – in Bridgeport, Clarksburg and the rest of the area we all call home putting a film together nearly 45 years ago.
When you think about it, it’s pretty amazing. Although many of you may know about this, I’m betting many do not. I’m also betting if Perri’s comments are correct, few – if any – knew that George Lucas was involved.
It’s pretty cool to know that when I walk out the door of the Civic Center and look across the street, I know that James Caan, Francis Ford Coppola and Robert Duvall were once in that same area. I can only hope in a half a century someone will be writing that I was once there too.