By Jeff Toquinto on November 10, 2018 from ToquiNotes

If I spoke to many my age or older in Bridgeport and brought up names like Helmick’s Market, The Handy Shop, Pure Food Store and so many others it will almost certainly put a smile on one’s face. The reason for that is that those small community markets not only served the community, they shaped them.
You didn’t just have to be from Bridgeport to take part in that little slice of Americana. They were dotted across the West Virginia landscape.
As for the ones in Bridgeport, many were gone before my time. Others I just never got to, but I did frequent the last location of Pure Food. I 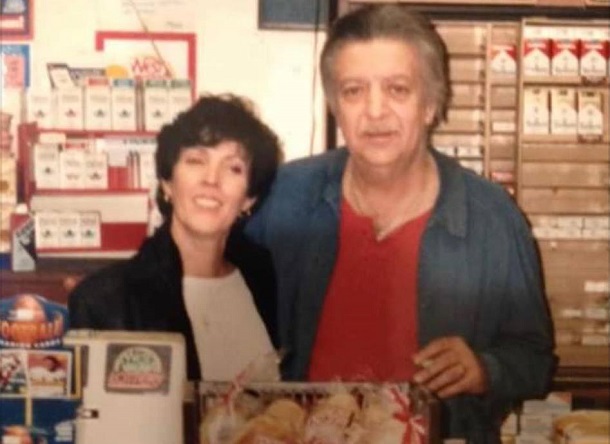 was there at Helmick's on Philadelphia Avenue more than once.
I remember the one thing about being inside of those stores was that they were inviting, which you can't say for chain stores that now line most interstates and cities. They had a familiar "at home" feeling to them. The reason for that familiarity is that where I grew up, in the North View section of Clarksburg, there were several community stores that weren’t owned by chains.
The closest one to my home was James Lopez Market, situated right there on 16th about a block and a half away. It is one I guarantee many from Bridgeport frequented at times and many living here today have fond memories of as well.
James Lee Lopez was the owner and he was the owner for 52 years. James Lopez was the name listed on the store and the ownership papers. He was, to everyone, Fuzzy.
I bring this up because a little more than a week ago, on Nov. 1 to be exact, James “Fuzzy” Lopez passed away at the age of 88. I had last saw him about two or maybe three years ago at Kroger in downtown Clarksburg and he immediately knew me and we talked. 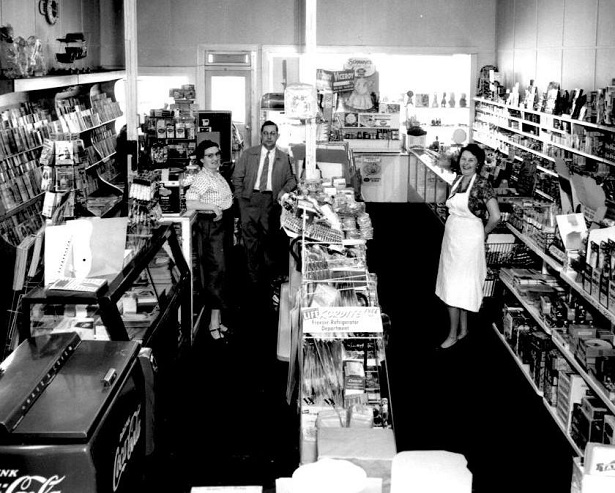 Although the conversation, like always, was hard because Fuzzy spoke in whispers as he got older so you really had to listen.
Through that low-volume speech was the same man. He asked about my family and remembered them all. Fuzzy even said he regretted ever getting rid of his business, which had actually went up in a fire that gutted it after it was purchased from him. Fuzzy missed his business. I can assure you the community missed him and his business as well.
Here’s the thing I want you all to think about before I go into explaining what an impact James “Fuzzy” Lopez had on me and our entire community during his 52 years of service. I want you to think about all of those small community stores, the ones that almost no longer exist anywhere, and how important they were to you as you grew up and, many times, to your family.
Those stores were the cornerstones of the community. They were gathering places. It was where I took my limited allowance and got my baseball cards. It was where I got my first 2 Liter bottle of pop in a glass jug. It was also the place where I got a few beers simply by telling Fuzzy the purchase was for my father.
Shame on me.
This blog, though, isn’t about getting a prized Walter Payton rookie card from Fuzzy’s, as the community called the store. It isn’t about g 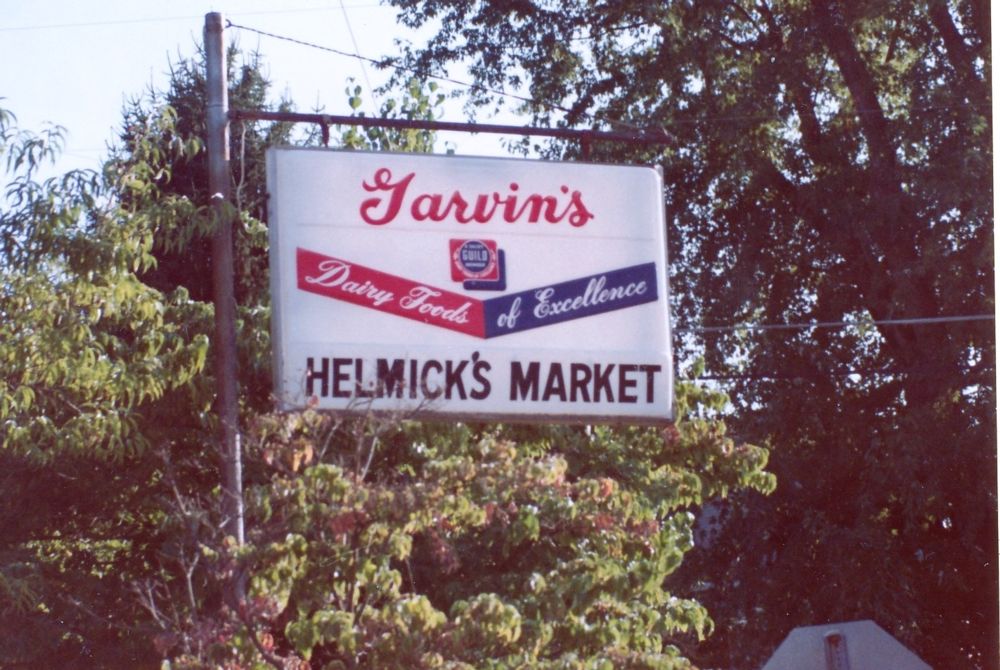 etting a six pack of Stroh’s beer “for my dad.” Rather, it was what so many people never saw about James Lee “Fuzzy” Lopez that truly made him an icon on so many fronts.
Growing up in North View, many families were poor. Not destitute and it wasn’t really too noticeable because most of the families struggled paycheck to paycheck. And when families struggle, sometimes they needed help.
And that’s where Fuzzy Lopez, a Korean War veteran, showed who he was in his soul. As a kid I didn’t understand. As I got older and where I am today in life, it’s amazing what Fuzzy Lopez did for likely hundreds of families.
During his time, credit cards weren’t either a thing or if they were they were for stores such as JC Penney or Montgomery Ward. Yet Fuzzy offered credit. If a family didn’t have the money and needed to purchase something, Fuzzy would document it and only asked he be paid for – to the best of my knowledge – once a month. 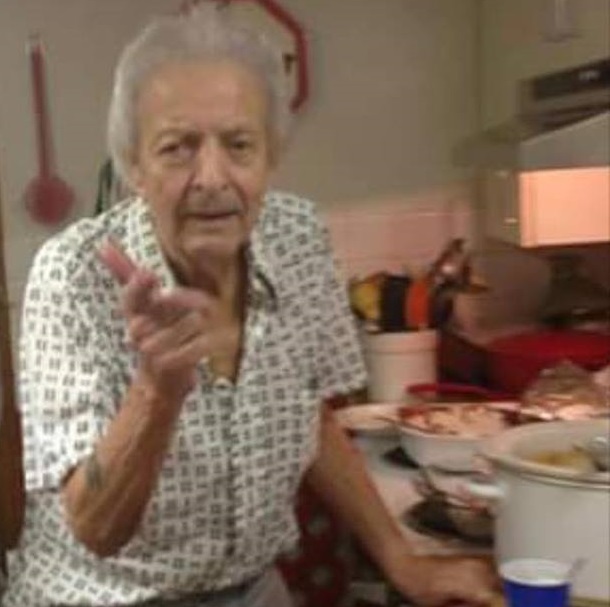 Maybe other stores were doing this too. What I remember is Fuzzy doing it for families where he knew it had to be a risk to get the money back. Yet he always obliged by taking notes in his ledger and I can still remember seeing families pay him.
Even better was he would deliver to families who did most of their shopping there and didn’t have a vehicle to carry their purchase the many blocks needed to get it home. He had a large station wagon and I can still remember he’d pile in or have his helper, the late Bill “Hot Dog” Moody doing the delivery honors with his trusty cherry smelling pipe in hand.
He was going out to help serve the community that supported him. In his obituary, one of the final lines reads about those frequenting his store and it ends with the line about having “generosity to the people of his community.”
James Lee “Fuzzy” Lopez was many things and helped shape a part of my youth that is nothing but laughter and smiles. If that alone was what Fuzzy’s legacy would be, it would have been plenty. But, he was exactly what the obituary ended with. He was generous to his community.
As stated above, how he went about it in a community not rife with cash where helping others was a gamble, Fuzzy Lopez did it anyway. That, my friends, is what makes a man. In the end, nothing else should define him other than that generosity. 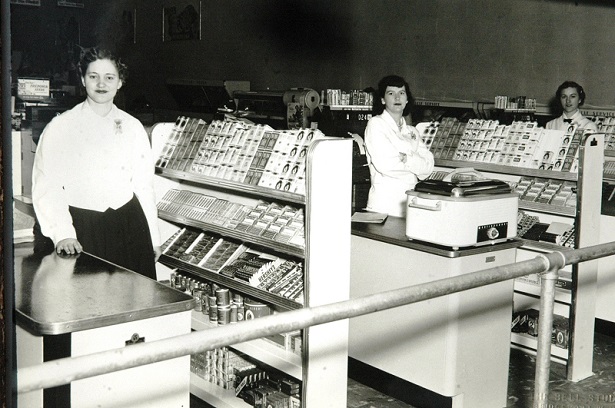 A little piece of me and my entire community died when we learned of Fuzzy’s death. Those community stores here and beyond that are dying out as well were part of our youth and who we became. Thanks to Fuzzy, it was the best of experiences.
Rest in Peace Fuzz. Your work here is done.
Editor's Note: At the top is James "Fuzzy" Lopez inside his store, while he's also shown in the fourth photo cooking at a family function. In the second photo, the inside of The Handy Shop is shown, while the Helmick's sign is shown in the third photo. At the bottom, cashiers at one of the Pure Food locations man their registers. Historical photos are courtesy of Richard "Dick" Duez.

...well put Jeff. I too had the good fortune of knowing "Fuzzy". I hadn't thought about him in a long time. When I saw his picture in the paper the other day knowing him all came rushing back in. He was a very kind and generous soul as you described and as I was a witness to. Thinking back on it now and knowing how things are in this rush about world in which we live.today, I'm sure that is what Fuzzy was put here for. Oh, and to raise all those girls. He was a good man in so many respects and in my life's journey I sure am glad I knew him and his family. Thanks Jeff for reminding us all to not forget the "little" things as we go for in the end they are some of the best things that may ever happen. If you will allow, I will echo your sentiments, Rest in Peace Fuzzy...