There’s a new addition at Bridgeport City Park. And it should be good news for those who take advantage of biking part of the city’s sprawling trail system.
City Park is now home to a bike repair station. While that’s certainly good news on the city and recreational front, it’s also good news on the financial front.
According to Bridgeport Parks and Recreation Director Joe Shuttleworth, it came at no cost to the city. The reason for that is one of Bridgeport’s newest business owners who said he wanted to get involved in the community has done just that. 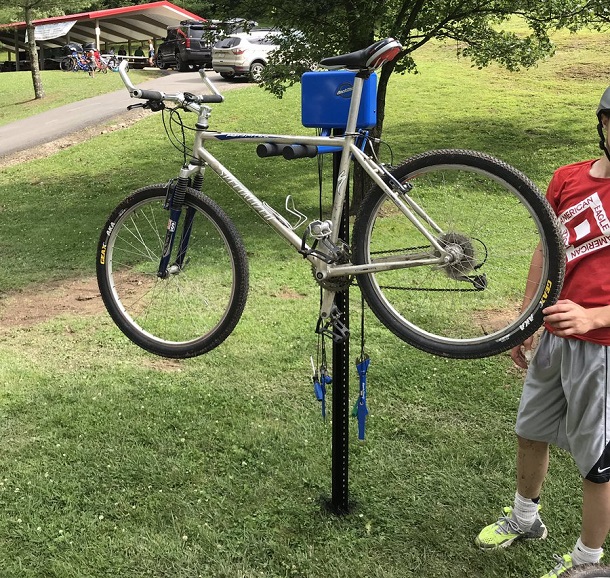 Matt Bennet, the owner of the recently opened Fat Tire Cycle shop in The Square @ Bridgeport development off of Main Street and Virginia Avenue, made the donation. The new item is a trailhead bicycle work station and if you run into any problems with your bike and are near this station you should be in luck.
“You can lift your bike up and hang it by the seat to work on it. Every wrench, Allen key, screwdriver type and size for any bicycle anywhere is one there,” said Bennett. “With the trail systems utilized by so many it’s a nice thing to have, for instance, if a parent and their child is out riding and the child’s handlebars get loose. They can go to the station, tighten them up and keep going.”
The trails around City Park were done in conjunction with the local mountain bike association, according to Parks and Recreation Director Joe Shuttleworth. He said this goes hand in hand with those efforts.
“The local mountain bike association has done much work at City Park and have created some neat trails. We see occasional use of them 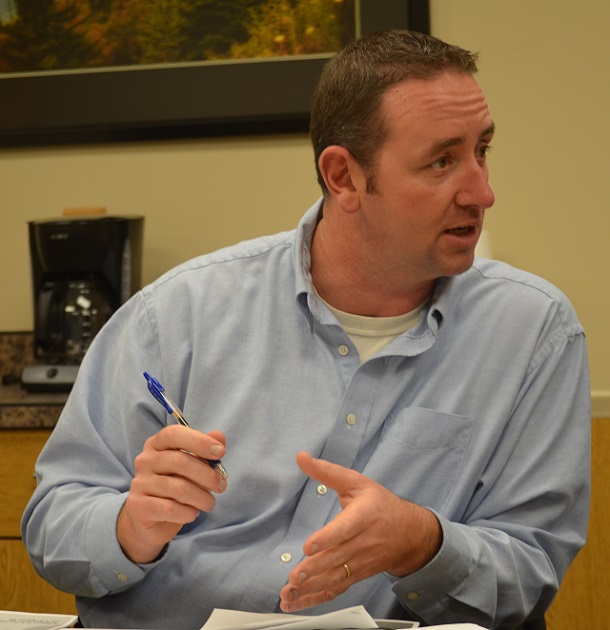 from local and visiting mountain bikers,” said Shuttleworth. I think it was a really cool idea and nice of Mr. Bennett to donate the station.
“It will allow anyone who is riding in the park to prop their bike up and do anything from changing a tire to adjusting their brakes,” he continued. “I think it will be a great addition to the park and the patrons who ride there.”
That may not be the end of it. Bennett said as his business gets more settled into the community the possibility is great for more stations to be donated. He said he hopes to “have them all over” the city near trails utilized by bikes.
“When we came here we wanted to be involved as a partner with the community and this is part of that,” said Bennett. “We hope to do more.”
Already it’s getting big reviews. Bridgeport resident Matt Horne said he was pleased to see the station when he and his son Seth were using the new station to make adjustments to their bikes.
“We had just gotten back from Ohiopyle (State Park in Fayette County, Pa) … and they have a huge bike trail there. They have almost the exact same station that we utilized there,” said Horne. “It was pretty awesome to be able to use that here in our backyard because if you have a quick or little repair you can use the station and get right back to riding.
“This will be extremely convenient for families who may have a child practicing at City Park and brings another child along,” he continued. “You can go for a ride and not have to worry about a minor issue that may need fixed.”
Editor's Note: Top photo shows Seth Horne doing some minor repairs on his bike at the new station at Bridgeport City Park. Bottom photo shows Bridgeport Parks and Recreation Director Joe Shuttleworth.