It was a little more than two years ago, on July 19 of 2016 to be exact, that we all lost our most beloved superhero Jack Rollins. The beautiful 6-year-old with the piercing blue eyes passed away after a lengthy battle with neuroblastoma, a form of cancer that preys on young children.
It’s hard to imagine it’s been two years since we said goodbye to that little superhero. He managed to rally the local community, the statewide community and beyond in supporting him as he continually refused to bow to the cancer that riddled his body. 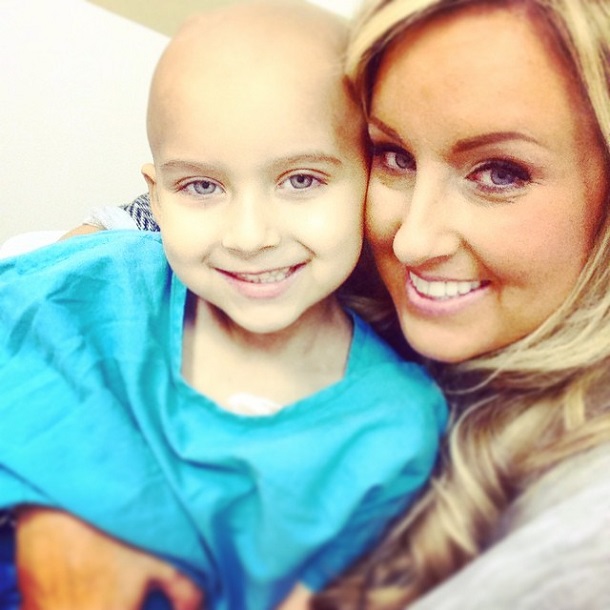 As much as I find it hard to imagine it’s been that long since Jack has been gone, I find it hard to imagine what the family has been through. In particular, I often wonder about Jack’s mom Brooke who I had the pleasure to get to know and see and get a refresher course on grace from as she stood by her son’s side as he battled. I also wonder about father Ryan, whom I didn’t know as well, but battled just as hard.
It’s not been easy for Brooke Rollins since losing her child. There have been hard days, difficult days and places I fathom I wouldn’t dare tread in my own mind.
Yet Brooke goes on. I imagine some days hard and some easier than others.
Roughly a year after his passing, Brooke was front and center as the Jack Strong Foundation was formed. And now, for the first-time, Brooke Rollins is hosting the Jack Rollins Superhero 5K right here in Bridgeport.
The big date is Oct. 13.
“All the proceeds we raise will go to the foundation,” said Brooke. “We’ve been able to do a lot of things through the foundation thanks to 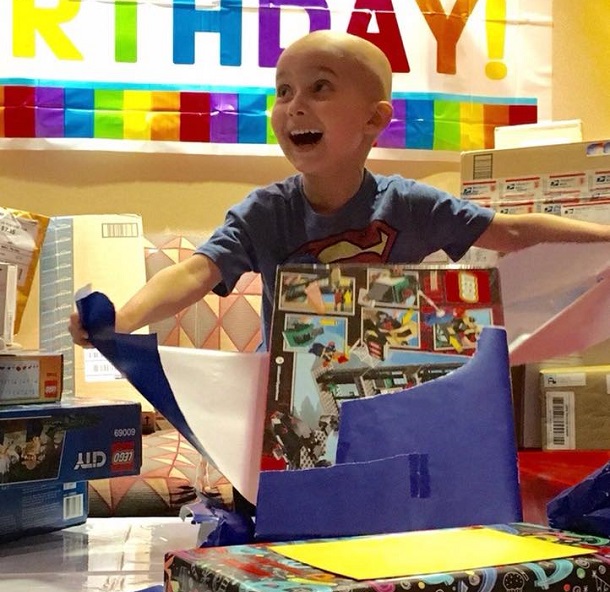 the generosity of others.”
As is the case anything Brooke Rollins has been involved with in honor of her son, she’s going at this event full bore. And after talking to her, I told her that what she has planned is more of a festival than a 5K. I think you might agree.
Before I get to the additional activities, here’s a little bit about the race. Pre-registration begins at 7:30 a.m. and the race starts at 8:30 a.m. at Wayne Jamison Field. The course is the old Benedum Festival 5K route that begins and ends at the Jamison Complex and cuts through residential sections of the city with long stretches running along Johnson Avenue and Philadelphia.
The cost is $20 if you pre-register, which you can do by clicking HERE. You can pay $23 and register the day of the race. The categories (along with all-age male and female walkers) are 12 and under, 13-17, 18-24, 25-29, 30-39, 40-49, 50-59, and 60-plus.
The first 100 runners will get swag bags and free t-shirts. And in honor of Jack it’s requested by Brooke that you come wearing – at a minimum – a superhero t-shirt. At a maximum, she’d love to see folks in full costume. 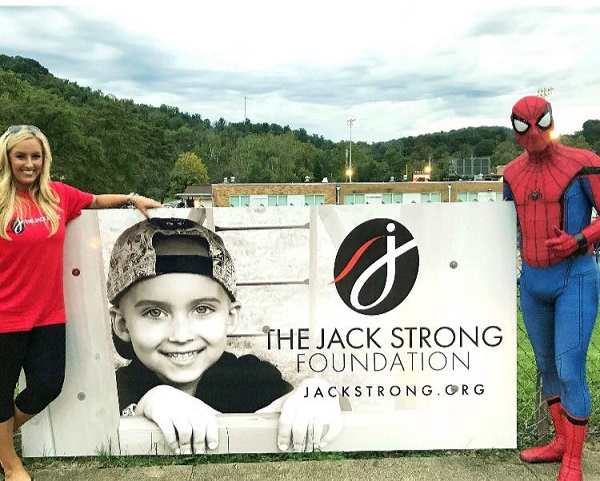 “I want everyone to have fun with it,” said Rollins. “Jack would get a kick out of it.”
Once the 5K is over, then the real fun begins – particularly for kids. For those 12-and-under paying the $5 admission there will be a Kids Fun Run where they will take a lap around the Jamison Field track. The first 100 kids crossing the line will get medals.
“I have to say the medals are pretty cool,” said Brooke.
There’s more. There will be music, a 50-50 drawing, food trucks, raffles, face painting and even a superhero obstacle course that those completing will receive a certificate. There will also be a special guest.
“Spiderman will be there,” said Brooke. “We’re in negotiations with some other superheroes and we hope families will come out and participate. We hope this is a great day for family fun and for the Foundation.”
The foundation, much like the child it’s named after, is moving getting things done. Its key goal among many is to provide financial support to families that have children impacted by childhood cancer. That happens, Brooke said, weekly. 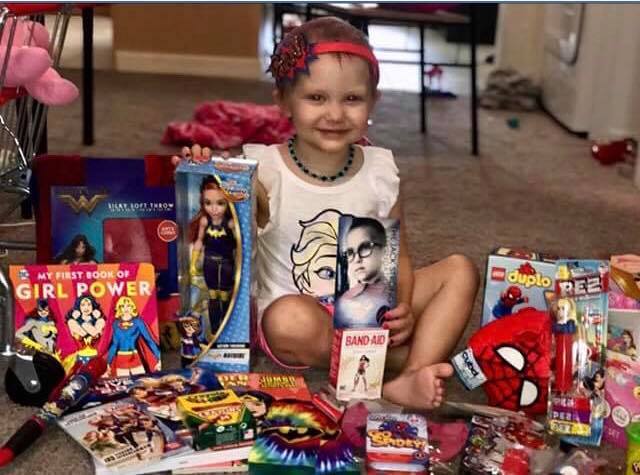 “We’ve helped numerous families by sending financial aid checks and our ‘Brave Bags’ to those who are in the battle,” said Brooke. “
Those bags are absolutely awesome.
Brooke said they’re a bit personalized and they include plenty of Jack’s favorites as well. The child who receives the bags are asked their favorite superhero, favorite color, hobbies and other questions that can be found online at the Foundation’s Web site (Click HERE).
“We send blankets and pillowcases that have superheroes on them and, of course Jack’s favorite, Legos,” said Brooke. “We give them Play-Doh, things to color and sometimes we send along a superhero cape for the child. We’ve been shipping out those boxes weekly to kids all over the East coast.” 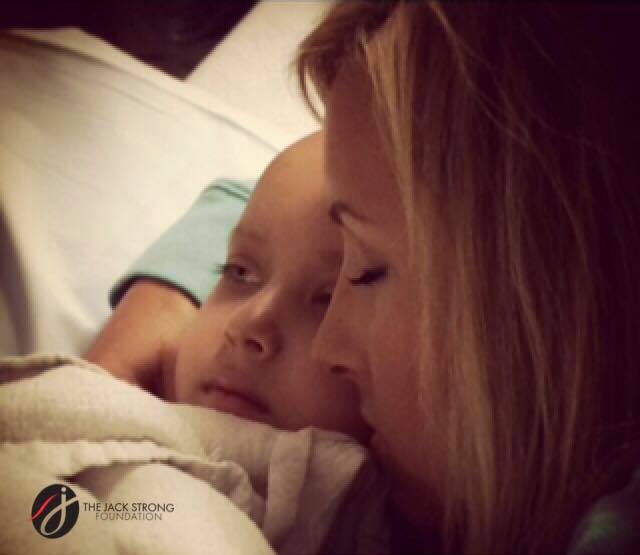 Brooke said she still remembers Jack getting packages from all over the country. It was something he looked forward to. She said she has mixed emotions when the Foundation receives photos of the children – big smiles on their faces – with the Brave Bags.
“I’m not going to lie because it’s still hard to see it because of the memories. I can remember Jack opening his mail and the complete happiness that it brought him,” she said. “We tried to put those little things in those bags to brighten a child’s day. Whether it was a gift, a card or a letter Jack would just giggle when we would go through the mail and get so excited. The idea is to help out and to make a child smile.”
While the Braves Bags draw attention, the Foundation does something Brooke and the Rollins family became all too familiar with during Jack’s three-year battle. And that is providing financial assistance to ease a feeling of that overwhelming financial pinch in a situation w 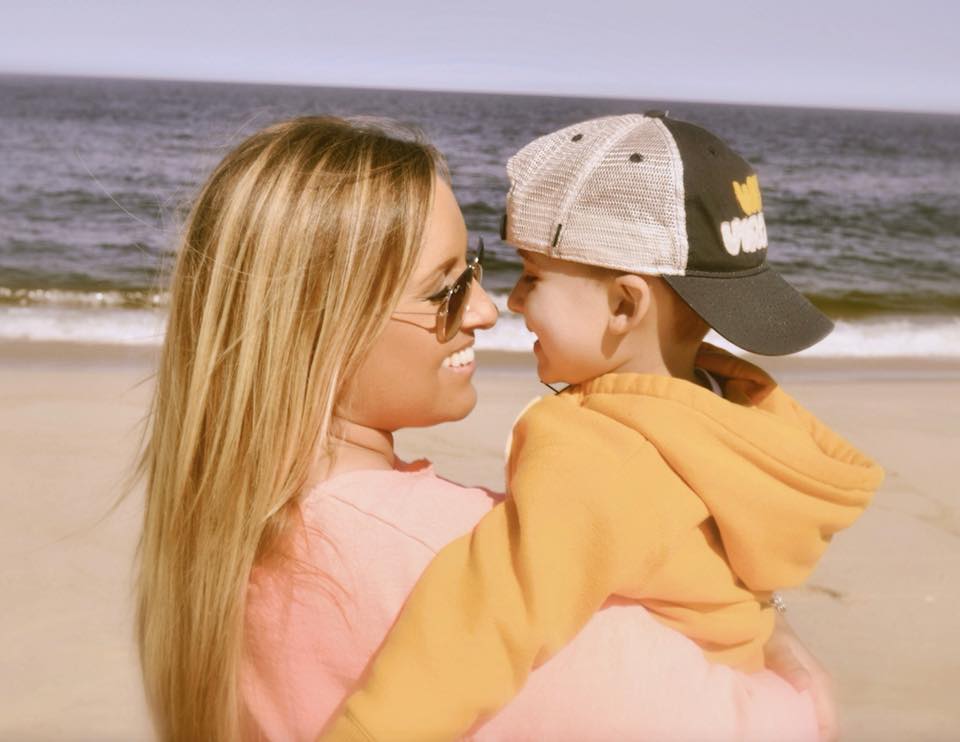 here it should be void.
“In West Virginia, and it’s elsewhere too, when you go out of state for treatment for clinical trials and things of that nature the insurance generally doesn’t cover it,” Brooke said. “Families in those situations depend heavily on foundations and non-profits groups to assist there and with expenses from travel and lodging. We’ve been there and we know the types of things you need to be able to get through this. We want to ease the burden.”
You can help ease the burden. You can take part, you can volunteer or you can donate at the Web site above. You, by doing any of those things, can help ease a child and their family’s burden.
That’s what Brooke Rollins is doing with the Jack Rollins Superhero 5K. She’s attempting to ease the burden by leaning heavily on the memory of a child with a smile as bright as the sun who often walked the hall of hospitals in his cape representing the superhero that he was and remains.
He’s probably happy to know he has some superhero company in mom. Brooke Rollins is proving the old adage true. Some heroes don’t wear capes.
Editor's Note: First and last two photos above this note are of Brooke and Jack Rollins. The second photo shows Jack's excitement while opening gifts and the third photo shows Brooke with Spiderman during the announcement of the Jack Strong Foundation. In the fourth photo, a little girl shown holding a picture of Jack is sitting in the middle of the items she received through the Foundation in a "Brave Bag." Below is a photo showing the course for the race. 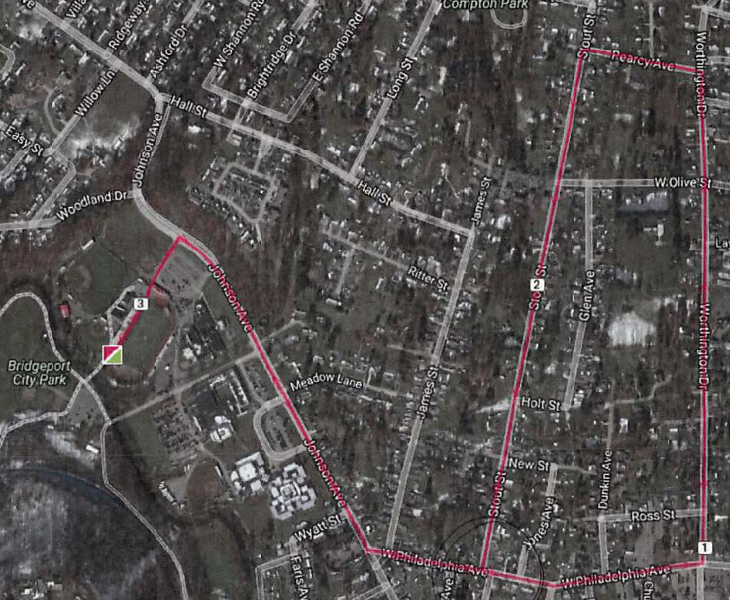 Bridgeport Public Library - Get Your Game On