You must go back to 1982, in what was Randy Hartley’s senior year of high school at Lincoln, to see the roots take hold for what has been a long and distinguished career in community service. At that time, Hartley decided to join the Shinnston Fire Department.
The seeds, of course, had already been planted.
“Before I was born, my family lived in Bridgeport in the 1950s. My father (Henry) was a member of the Bridgeport Fire Department,” said 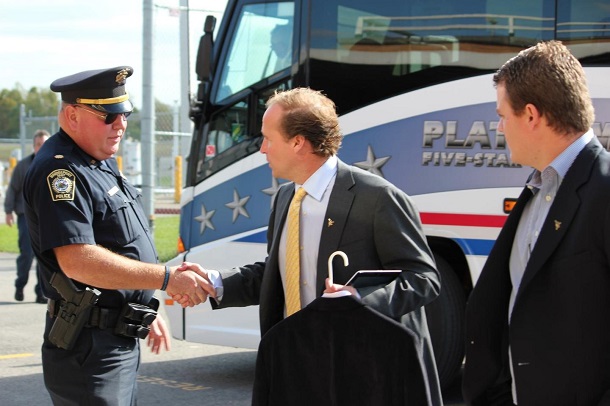 Hartley. “The family moved to Shinnston in 1960. In the 1970s, my oldest brother (Gary) joined the fire department there. It just seemed that serving the community was the right thing to do.”
That’s all Randy Hartley has done since his senior year of high school. Whether as a volunteer with the Shinnston Fire Department, serving in what is now the Harrison-Taylor 911 or as a Clarksburg Police Officer, the current Deputy Chief of the Bridgeport Police Department has served for decades.
In a little more than a week, a service career that has spanned nearly 40 years will officially come to an end. Hartley will officially retire from the Bridgeport Police Department, a department he began his career within April of 1997.
“It’s bittersweet because I love my job and I love where I’m at with this job. There is a feeling of satisfaction of providing a service to the public and believing it is your best intention to try to protect and assist the folks in the community,” said Hartley. “Determining to say out 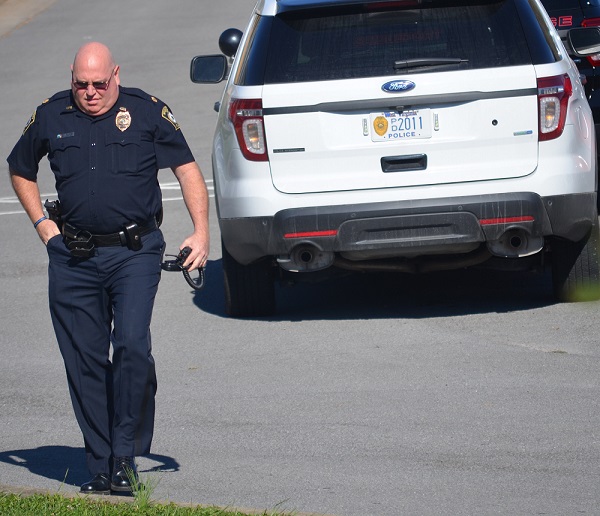 loud ‘I’m hanging it up’ wasn’t easy to say. I love this city, but you knew when it’s time to leave. It’s time.”
The ironic thing is there was a chance Randy Hartley could have never been a Bridgeport Police officer. His first job in community service on a paid front (he served with the Shinnston Fire Department for 10 years and left as a lieutenant) was as a dispatcher for the Harrison County Bureau of Emergency Services – the 911 frontrunner. He worked there until 1994.
In 1994, his career in law enforcement began. He was hired for former Clarksburg Chief of Police Tom Durrett and worked there until 1997 when he came to Bridgeport thanks largely to a large carrot that was dangled to help draw him in.
“To be truthful, the main reason I came to Bridgeport involved the retirement I could get from my time at the dispatch. Almost 10 years of 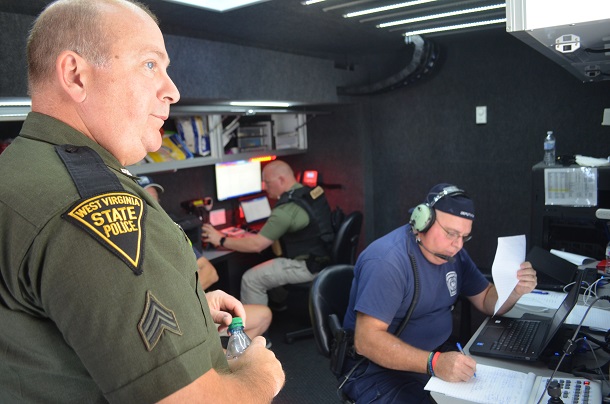 that counted on my pension. I was a little over 30 years old at the time and that definitely swayed me,” said Hartley.
He served as a patrolman before being assigned as a detective in 2002. In 2005, he was promoted to sergeant and went back to patrol before he earned his marks as a lieutenant in 2009. For two years, he served in that capacity until Chief John Walker named him Deputy Chief around 2011.
For Hartley, he said the experience has been worth just about every minute of it. However, when asked if there was a time that he’ll have a hard time shaking, he didn’t hesitate.
“It’s still the worst moment I can recall, probably 18 or 19 years ago, being the first of the scene of a fatal car wreck with two fatalities, including an infant and a mother on Jerry Dove Drive,” said Hartley. “The child was the same age as my son at the time and it’s always 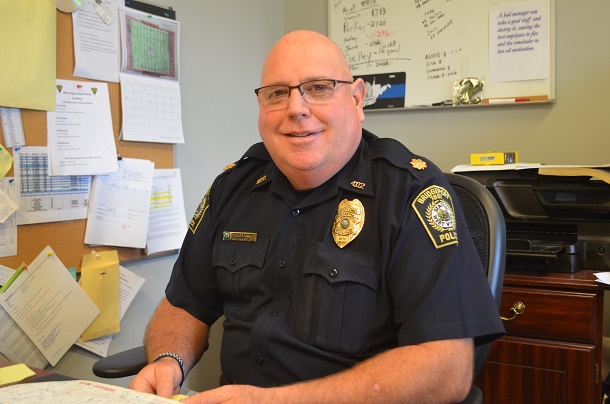 stuck in my mind.
“That, along with the fact there were so many other injuries keeps it there. My partner, Brian Purkey, worked on the child until one of the best EMS squads in the country took and nothing could be done,” Hartley continued. “That was a helpless situation. It’s like having a family member with a terminal illness and you can’t do a thing. To this day, I can’t shake that memory.”
Fortunately for Hartley, the good days outnumbered the bad. And because of that, he’ll be heading out the doors for the first time in decades as a civilian.
What’s next.
“I don’t have immediate plans,” he said. “I just don’t know for sure. I’ve put in a couple of applications for part-time employment because 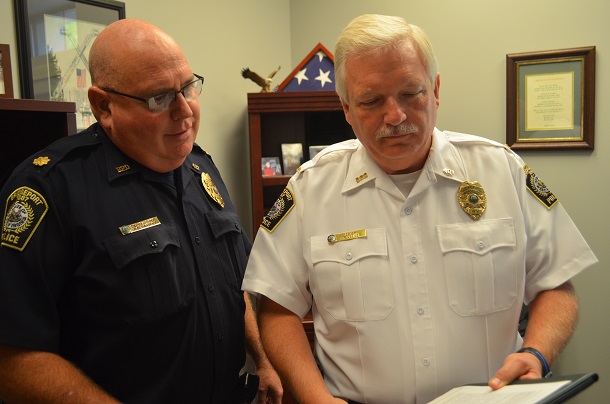 I’m not sure about having nothing to do, but I do know I need to stay active and have one thing I want to be active with.”
That one thing involves being a grandfather. On July 27, Randy Hartley became a grandfather for the first time.
“That’s one thing that’s certain I plan on being around my grandchild, but I know I’m going to have to find something to do to stay active and busy,” said Hartley. “I guess the future will tell me, but the present and past here has been pretty good.
“There’s a reason (USA Today) ranked Bridgeport the 16th best city in the country,” he continued. “I’m glad to have been part of this city and feel blessed and fortunate.”
Hartley and his wife Barbara have two children as well. They have a daughter Kelley Swiger and a son Jeffrey, both who live in Harrison County. His official last day is October 1.
Editor's Note: Top photo shows Randy Hartley shaking hands with former WVU Coach Dana Holgorsen at the North Central West Virginia Airport, while he's shown at a Live Shooter exercise at Bridgeport High School in the second picture. In the third photo, Hartley, far right, mans the dispatch in the mobile command unit searching for wanted individuals in the Lost Creek area. In the fourth photo Hartley is shown in his office, while he's with Chief John Walker in the bottom picture. Top photo courtesy of Randy Hartley.