Along with Light Up Night, Light Up Our City Set for Thursday, Another Annual Event Going on as Planned

For the eighth year, the Bridgeport Cemetery will be the site of a massive luminary display prior to the Christmas holiday. And as the same as in year’s past, the event will be for one night.
According to Bridgeport Cemetery Manager Tricia Bombardiere, the event will take place Dec. 3, Thursday at dusk. As has been the case in the past, the public is encouraged to visit the cemetery for the event. This year the event will take place the same evening as the city's revised "Light Up Night." You can read Julie Perine's story HERE. 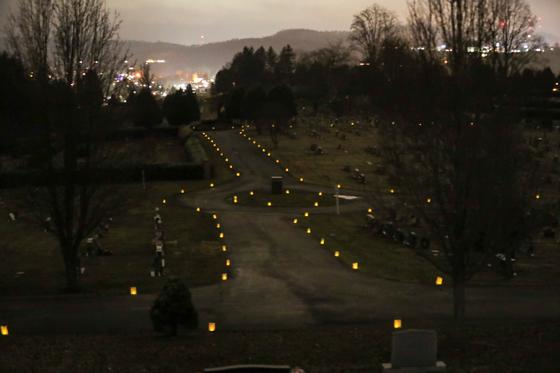 “It’s an opportunity to see the Bridgeport Cemetery during the holiday season and lit up in a really beautiful fashion. It’s worth a few moments of your time to drive through,” said Bombardiere.
The event began eight years ago at the suggestion of former Assistant City Manager Jimmy Smith. It’s been a mainstay ever since.
Since its inception, the event has witnessed more than the crowd grow. The event has also been witness to an increase in the number of luminaries put on display.
Initially, several hundred luminaries were in place. The largest number prior to last 2017 was around 600 at the cemetery.
In 2018 and 2019, that number rose more 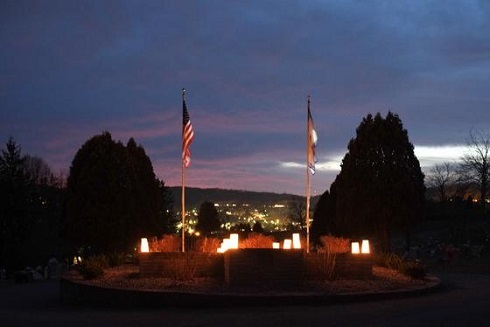 nearly three times. Roughly 1,600 luminaries were laid out throughout the cemetery. The numbers will be roughly the same this year.
The hope is that weather will not be an issue. After 2015, when weather issues made the lighting of the luminaries impossible, the city’s cemetery staff began using flameless flickering tea lights. The number of tealights will be increased with two per bag to help increase the amount.
Bombardiere did say there will be one new feature. There will be several patriotic luminaries on display.
Putting out the luminaries requires substantial work. Staff usually begins in the afternoon to provide the peaceful appearance provided by the luminaries.
Motorists are invited and encouraged to drive through the cemetery after sunset to see the display, but are also urged to use caution, especially if they choose to turn off headlights. The cemetery is still dark even with the luminaries and many deer travel through the grounds. In recent years, luminaries have been placed closer together to create more light, while the additional tealights should help as well.
Bridgeport Cemetery is located just off Route 131 (formerly Route 73), across from the old Carroll Lumber building, which now houses Innovations Hair Salon.