For those wondering about all the activity in and around the Bridgeport Fire Department in recent days, there haven’t been any emergencies. However, what they’re dealing with how to make sure they’re prepared for any future emergencies that may arise in the city. 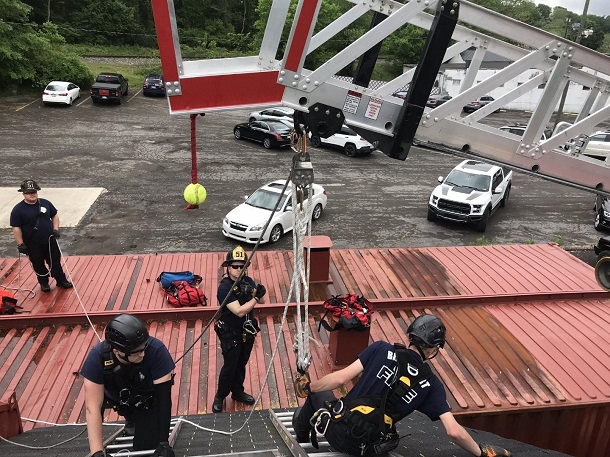 Bridgeport Fire Chief Phil Hart said staff members have been taking part in confined space training. It’s a 40-hour class.
“With our new hires, some didn’t have this class and we require it for special rescues. This class is to certify them in confined rescue, while also serving as a refresher course for others on the staff,” said Hart.
The class was mandatory for those not having the training. It was optional for those that already had the training. A total of 15 individuals are involved in the course that began last week.
The class is just for members of the Bridgeport Fire Department. City 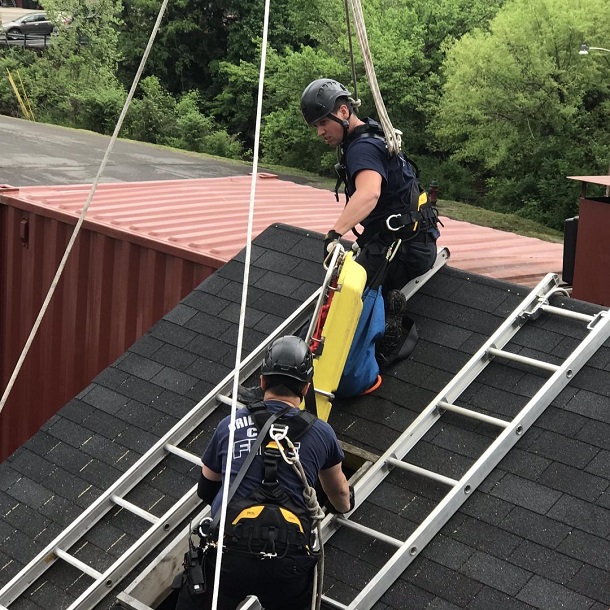 firefighter and paramedic Jimmy Glasscock is teaching the course. Hart said he’s certified through the Public Service Commission to teach it.
While confined space rescues are rare, they do occur in and around the area. In fact, in March of this year Bridgeport staff was dispatched to Lewis County to assist on a confined space rescue. Thanks to the expertise of those involved, an individual’s life was saved that day.
“It was technically a trench rescue, but it was also in a confined space and plenty of the training principles applied,” said Hart. “We typically don’t get many calls for this type of specialty training, but when you do you need to be well trained and sharp. It paid off in that situation.”
Along with the standard training, Hart said rescuers dealt with how to handle a flood scenario. Staff had to look at dealing with two children and an adult swept away by water and becoming lodged in a drain pipe filled with different types of material common in floods.
The training was one of several items Hart talked about Monday during his annual report to Bridgeport City Council. There will be a story on that report in the days ahead on Connect-Bridgeport.
Editor's Note: Photos show staff doing training behind the Main Street fire station.