By Connect-Bridgeport Staff on October 21, 2019 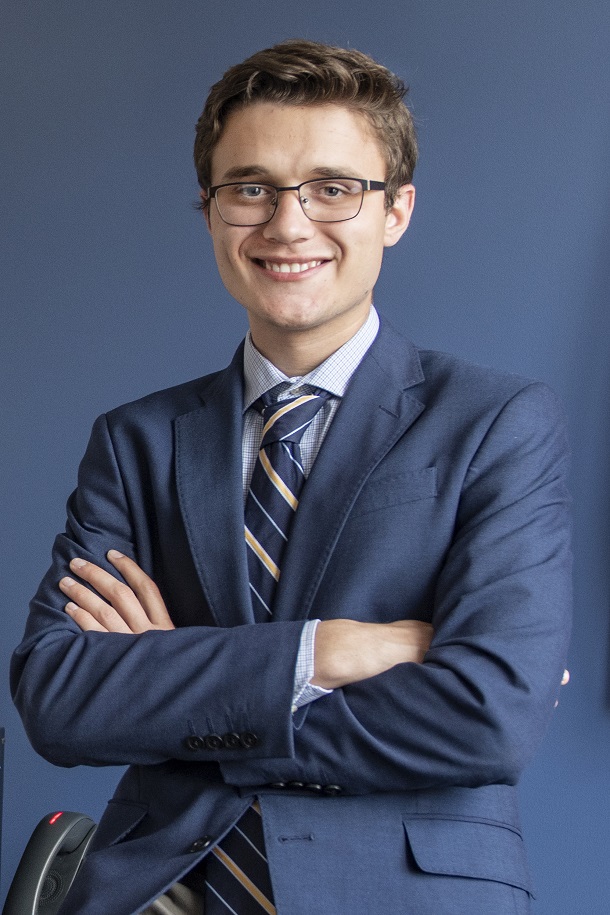 Rhodes Scholarship: Terezia Galikova of Morgantown and David Laub of Martinsburg
George J. Mitchell Scholarship: Dylan Vest of Princeton
Marshall Scholarship: Douglas Soule of Bridgeport
They are all students in the Honors College.
Here is a look at Soule at the scholarshiop in quesion.
Douglas Soule is majoring in journalism at the Reed College of Media because he wants to have a positive impact on the world. This is his second year as editor-in-chief of The Daily Athenaeum, WVU’s independent student newspaper.
“The role of editor has taught me so much more than just how to be a good writer and journalist,” Soule said. “It has taught me to be a leader inside and outside of the newsroom, bettering the publication and engaging with the public to create a dialogue between our staff and our readers.”
He has interned with The Globe Post, a digital media organization in Washington, D.C., the Charleston Gazette-Mail. He attended the 2019 POLITICO Journalism Institute.
Marshall Scholarships finance young Americans of high ability to study for graduate degrees in the United Kingdom. If selected, Soule plans to attend Cardiff University in Wales to earn a master’s degree in news journalism and international journalism. Soule is interested in the revitalization of local journalism.
Editor's Note: Story and photo of Soule courtesy of West Virginia University.