By Connect-Bridgeport Staff on October 20, 2019

Harry M.”Hank” Murray III is a lifelong resident of Bridgeport.  He graduated from Bridgeport High School in 1971.  After graduation, he attended West Virginia Wesleyan College.  While at WVWC, he participated on the Debate team and played golf on the WVWC golf team.  He graduated with a Bachelor of Science in Mathematics and a minor in Physics. He married the former Sherry Butcher after graduation in 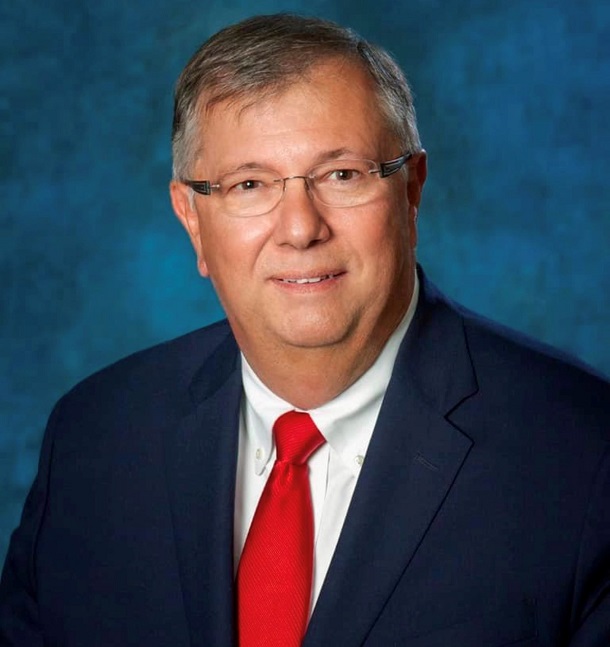 1975. After graduation, he attended Southern College of Optometry in Memphis, TN and received a Doctor of Optometry.
Hank and Sherry have three girls and 7 grandchildren. Ashley Murray-Howell and husband Mike along with Alexandra and Carter; Meredith Veltri and husband Mark along with Presley, Sean and Vaughn; and Julia Murray and husband Justin Teubert along with Ryan and Tyler.
In 1979, he returned to Bridgeport to join his father, the late Harry “Brud” Murray, II, in optometry practice in Bridgeport.  In 1980, they were joined by Gregory Groves and formed the practice of Drs. Murray, Murray and Groves. Hank became active in community activities by joining the Bridgeport Rotary and remains a member 40 years later.  At that time, he also became a Board member of the Bridgeport Library and still remain a member of the board.  He was also a member of the Library Board and committee member that started a fund raising for the new Bridgeport Library located on Johnson Ave. The library has been chosen one of the top libraries in the United States in community of 10,000 Population several times.
Former Bridgeport High School Principal, Lindy Bennett, approached Hank to be a charter member of the Alumni & Friends Foundation in 1996.  Hank’s leadership and continued support of the Board has been unyielding, and he was honored to be a part of the initial efforts to help grow Bridgeport High School’s alumni outreach and scholarship efforts.
Hank was elected State President of the West Virginia Optometric Association in 1986 and served for 18 months as the president.  In 1999, he was selected to become a member of the Bridgeport City Council.  He has served on the council for over 18 years and has 3 ½ years left on his current term.  Just recently, USA Today chose the City of Bridgeport to be the 16th best place to live in the United States.  This is a testimony to the hard work of the community of Bridgeport….and, also, to service-oriented people like Hank Murray.
Please join the BHS Alumni & Friends Foundation in honoring Hank as a Hall of Famer at this year’s dinner banquet to be held at the Bridgeport Conference Center on Saturday, October 26, 2019.  The social hour will begin at 6 p.m. with a dinner program following at 7 p.m.  Tickets may be purchased by calling the school office or Pam Pinti at 304-629-9815.