Bridgeport Moves Step Closer to Decision on City Pool as $750,000 Allocated for Future Makeup of Facility

The City of Bridgeport’s pool has been around for decades, perhaps – according to Bridgeport Parks and Recreation Director Joe Shuttleworth – to the 1950s. What he knows for certain is that the pool was rebuilt in 1985.
After Monday, he knows something else. And that is that the pool will soon have yet another major overhaul.
During last night’s City Council meeting, the governing body approved a massive budget revision that include $750,000 described as 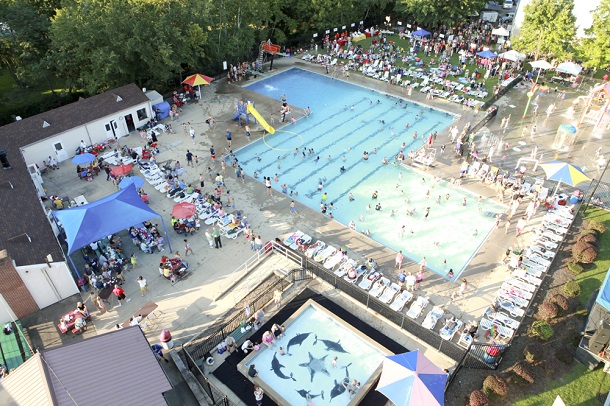 “additional funds for development of pool/park/parking.” It was part of $3 million in carryover dollars from the prior fiscal year, Finance Director Monica Musgrave said.
Of that $3 million total, Musgrave said $1 million is federal CARES Act dollars that need to be allocated . Those dollars, along with the remaining funds, will go to multiple high-profile projects. Some of those projects will be featured in the days ahead on Connect-Bridgeport.
The pool, however, is arguably one of the city’s heaviest used recreational amenities. Talks on redoing and even relocating the pool have been taking place for several years. In fact, the $750,000 is not the first dollars allocated for a revision of the outdoor attraction.
“We already have some money, and these funds will put us a lot closer to actually starting the framework of how to proceed,” said Shuttleworth. “We have $900,000 already that has been escrowed for the pool.”
The $1.65 million now available is not enough to start a project, according to Shuttleworth. However, the big contribution will get the city closer to a start.
“That’s getting close to where we need to be. In today’s money, and this is my humble professional estimate, we’re probably looking at a project as high as $2.5 million depending on how City Council wants to proceed,” he said. “That’s looking at a replacement or a renovation in the existing area. A relocation would add substantially if looking at property not owned by the city … Finding something in a central location would be astronomical.” 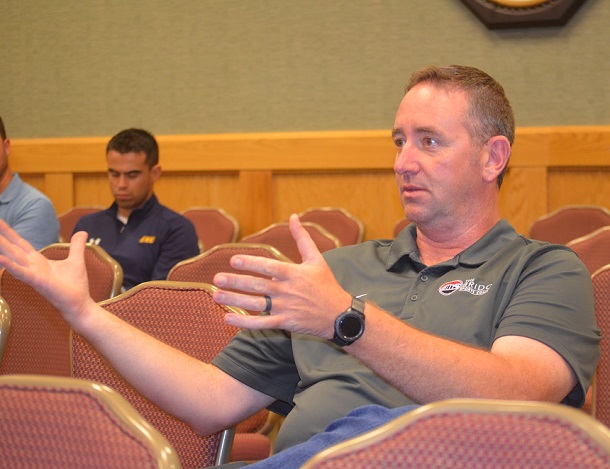 Shuttleworth said ideally it would stay in the same place due to its central location and the fact many youths, and even adults, walk or ride bikes to the pool and it’s his belief the community likes the site. He acknowledged there had been past talk about a new pool at the site of the Bridgeport Recreation Complex, but that it would not be as convenient.
If it does stay at the current Main Street site, issues with access along with parking and the tennis courts will also be reviewed.
“As it’s set up now, there are issues we deal with in the form of congestion,” said Shuttleworth. “That would be part of addressing it if Council opts to stay put in the location. As of now, there are no formal plans or budgets in place. Still, these dollars put us in a good place, and I see it happening sooner rather than later.”
Shuttleworth said the window is likely within the next five to six years at the latest with the possibility of a sooner start. He said everything will be proceeded by finalizing funding, formalizing a plan, and determining whether to relocate or stay put.
While Shuttleworth said he thinks options for building a new pool at a new site are limited, he also said the existing site has “detriments” as well. He pointed to having a railroad on one side and a creek on the other – two things that cannot be moved. Regardless, Shuttleworth said a decision is on its way. 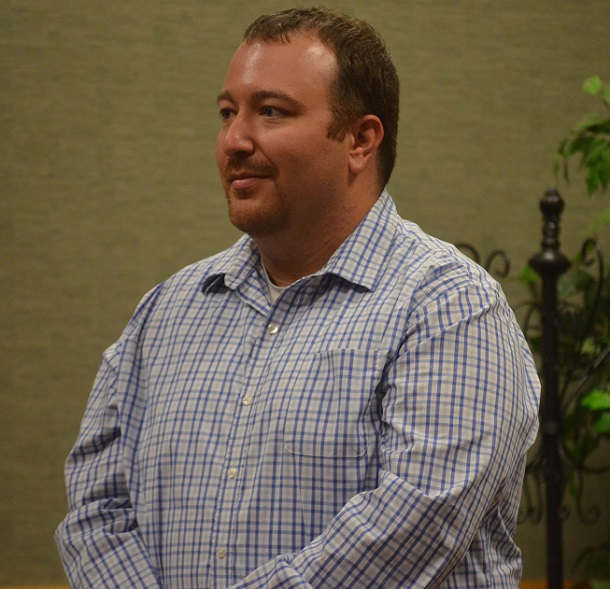 “Something’s coming,” said Shuttleworth. “I just don’t know when, exactly where, or how much. Those answers are coming.”
Also Monday, Council approved a contract with Wolfe Excavating for $62,187.40 (that total includes a 10 percent contingency) to construct a temporary overflow parking lot at The Bridge. City Manager Randy Wetmore said the stone lot would provide roughly 90 spaces to meet needs during times of multiple events and heavy regular membership.
Another contract was also approved for $37,441.27 (contingency fee included) for citywide paving, road striping, and pavement markings. RoadSafe Traffic Systems of Cumberland, Md., was awarded the project.
On the personnel front, Council approved the hiring of Timothy Curry of Fairmont for the post of Director of Emergency Services. Curry’s position, according to city code, is the only position beyond the city manager’s post to require Council approval.
At the start of the meeting, Council recognized Bridgeport High School’s Class AAA state championship baseball team and Coach Robert Shields. It was the seventh in a row for the Indians, and the first in the ‘AAA’ division.
During a work session prior to the start of the 7 p.m. meeting, Council received a presentation from Justine Songey with Verkada. The presentation was about installing security cameras throughout Bridgeport to help with security and law enforcement. The near 50-minute presentation ended with Wetmore explaining they would get back with a proposal on what direction the city would like to go.
More on that in the days ahead on Connect-Bridgeport.
Editor's Note: Top photo shows an aerial of the Bridgeport City Pool (Photo by Ben Queen of Ben Queen Photography), while Parks and Recreation Director Joe Shuttleworth is in the second photo talking to Council. Timothy Curry is shown below just minutes before his hire was officially approved by Council.