For years, residents in Bridgeport and even beyond have been notified about issues that may be of critical or important nature to them through the Nixle service that could be signed up for. If you haven’t received any notifications recently, there’s a reason for that.
Several months ago, the Nixle system in Bridgeport was disbanded. While that is a bit of bad news, the good news is Bridgeport Police Chief John Walker says there’s a new system in place and it’s one he believes is even better.
“We have Swift911 now,” said Walker. “We believe this is even better for information.”
What is Swift911? According to Aleece Bumgardner, the office manager for the Bridgeport Police Department, it’s a phone app you can find in app stores that allows you to start receiving information once again directly from the city.
“After downloading the app, you put in your name, telephone number, email and other information such as special needs – like using a wheelchair – and it puts you on a list to be contacted when information is sent out,” said Bumgardner.
Walker noted there are two apps under Swift911. He said there is a blue and red one and it is the blue one that is for public use. The red is for administration in emergency services.
“Once you have the app downloaded, if we send out an alert message, a weather message, a police department message or any

emergency service message, it will automatically go to your phone or email,” said Bumgardner. “With this app, you choose if you want a text or an email or even a video broadcast that will play a notification on your phone. You can set it up to receive phone messages through a landline as well.”
The switch from Nixle to Swift911 isn’t something that happened overnight. Instead, Walker said it’s been a lengthy process.
“We’ve been working on this for some time and it started back when (former Bridgeport Emergency Services Coordinator) Laura (Pysz) was here,” said Walker. “We researched a lot of different and that were available and thought this had more options and items that were more comprehensive. The big thing is that it populates automatically.”
And those options are good for both the public and emergency services. Bumgardner said you can opt only to receive weather alert or perhaps police alerts. She said the information you enter can also be critical.
“Something (critical like requiring oxygen) would show up underneath their contact information in the event of an emergency where we send out notifications,” said Bumgardner. “If there is a flood, we can see a home impacted that may have someone wheelchair-bound and we know to assist them.”
Bridgeport’s new Emergency Services Director, John Chapman, is also pleased with the new system.
“I think this is a really good (app),” said Chapman. “We haven’t had a lot of people sign up as of yet; it’s mainly city employees.”
For those who were signed up with Nixle, you are not automatically signed up with Swift911. Chapman and Walker emphasized individuals need to sign-up again to get the information. And the amount of information available and applications can increase. 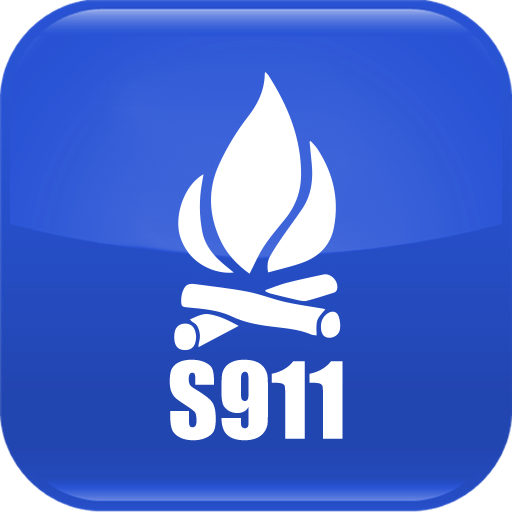 “We can contact various groups and we’re even looking into putting on road closures from public works,” said Chapman. “There are ways to expand this and utilize it.”
Kerry Hess, who heads up Bridgeport’s Volunteers in Police Service (VIPS), said it’s important for organizations such as there to not only receive information, but to facilitate things among their own organization.
“It’s set up to where the administrators can notify individual groups, such as the VIPS, of a meeting. We can contact command staff or directly contact those needing contacted for use of the command vehicle,” said Hess. “It’s an extremely helpful tool.”
Walker said the final thing that sold him is what he hopes the community will like.
“It’s more user friendly,” said Walker.
To easily download the app, text SWIFT911 to 99538.
If you have questions, contact Bumgardner at the Bridgeport Police Department.
Editor's Note: Shown, from left, are Chief John Walker, Kerry Hess, Aleece Bumgardner and John Chapman. Bottom is the Swift911 logo.